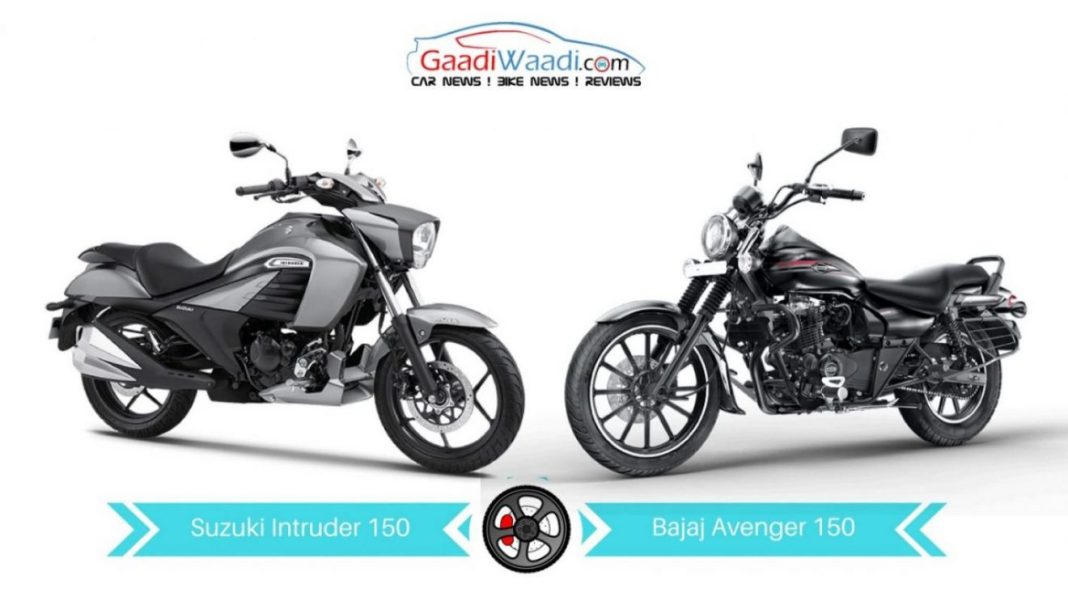 The Suzuki Intruder 150 is all set to give a tough fight to the popular Bajaj Avenger 150 Street; read on to find out which is the best on paper

The entry level cruiser bike segment in India does not have too many players at present. Bajaj Auto was the first to enter in this segment with Avenger more than a decade back and with the passage of time, the Pune-based manufacturer felt the need to bring a much needed update. For this reason, the company launched the revised Avenger range with two engine options. Christened Avenger 150 Street, the bike came dressed in an all-black theme and thanks to the low displacement engine, the Avenger became more accessible to the masses due to affordable price point.

Now, here comes the interesting part. Suzuki Motorcycle India Private Limited (SMIPL) had announced a few days back that the company would now focus on premium bikes and scooters, and it aims to launch at least two vehicles per year. Soon after, there have been spy shots and launch date reveals that indeed came like a promise standing true. 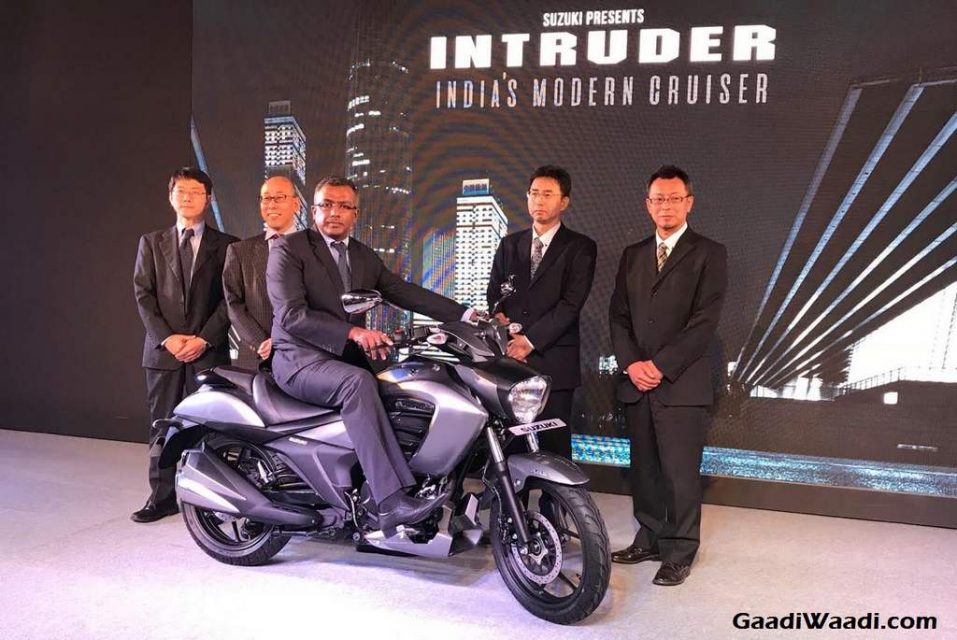 There is no denying the fact that Bajaj Avenger 150 Street earned good sales numbers in the segment due to its good package and the absence of any direct rival. But that is going to change very soon as Suzuki is all set to challenge the Avenger 150 Street with its Intruder 150 cruiser. So, how these two machines rival each other on paper? Lets find out: 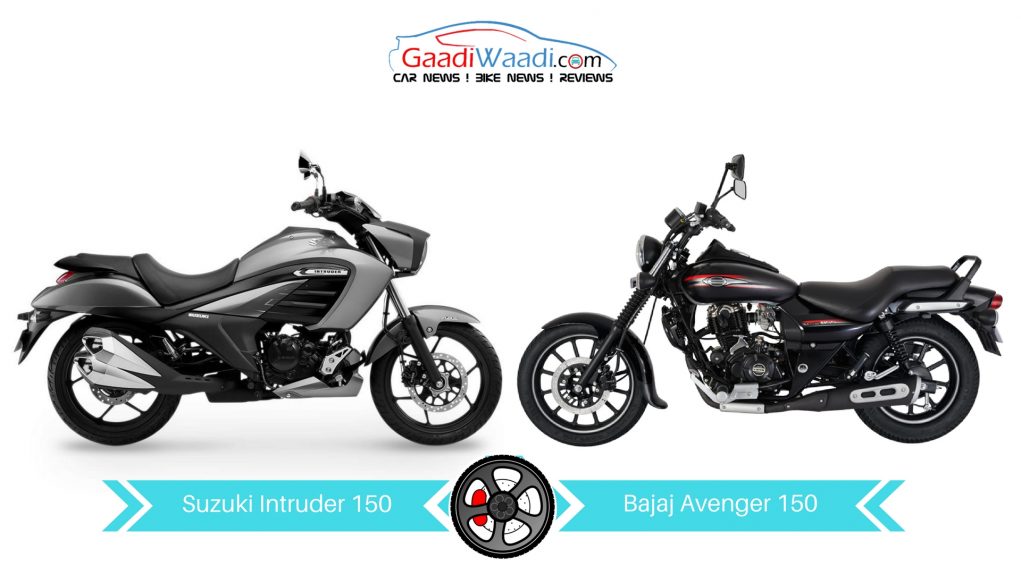 The Suzuki Intruder 150 clearly takes its design inspiration from its elder siblings and hence comes with a bold and muscular appearance. The bike gets a chrome finished wide headlamp upfront that is one of its prime visual highlights. The curvy fuel tank of this bike comes with sharp tank extensions that offers broad shoulders to it. The seating on the new Intruder 150 is split step up that also adds a touch of style. The rear end completes with a curvacious grab rail and the LED tail lamp looks as elegant as it should be. The overall design is quite bold and muscular and the bike can be a perfect pick for those who want to own a dominating looking motorcycle at a not so high price point.

On the other hand, the design of the Bajaj Avenger 150 Street is something that is quite familiar for the countrymen. The 150 Street comes with a dark theme and from some angles, the bike looks to have taken its inspiration from the Harley Davidson Street 750. The bike gets a simple rounded headlamp and receives a sleek fuel tank. The motorcycle retains the core aesthetics of the original Avenger and the 150 Street version, as already said, adds a touch of sportiness to it. The motorcycle can be a perfect option for those who love a cruiser bike by heart but do not like the fancy chrome that comes with it. The bike can also be preferred by people who like to see sporty visual character on a cruiser bike. 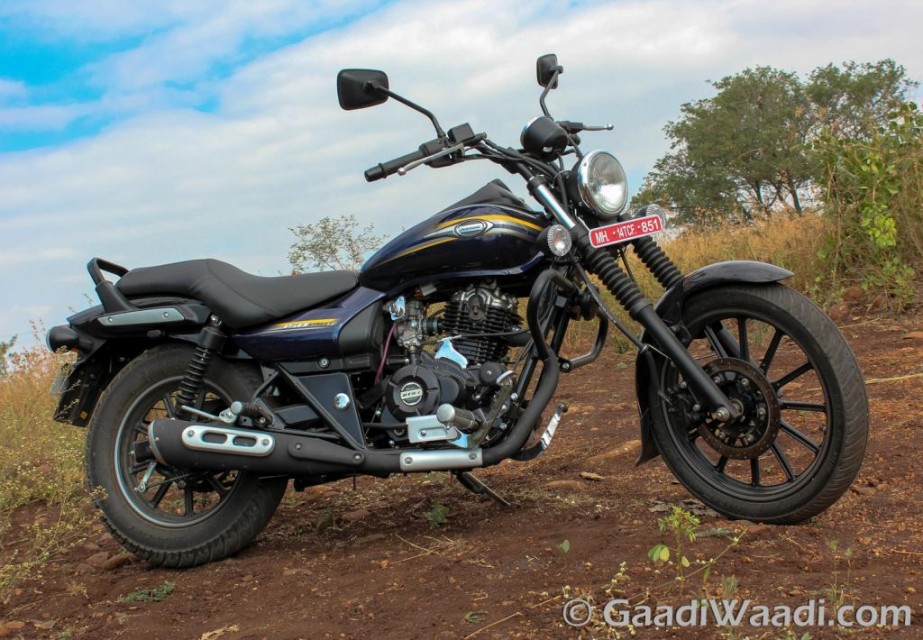 The Suzuki Intruder 150 comes powered by the same 155cc, single cylinder, air-cooled engine that runs the Gixxer twins. The engine in the cruiser churns out the same power and torque outputs at 14.6 bhp and 14 Nm on the Gixxer. Gearbox is a five-speed unit. The Bajaj Avenger 150 Street receives a single cylinder, air-cooled engine that comes mated to a five-speed gearbox. The engine develops a maximum power output of 14 bhp and 12.5 Nm of peak torque. With a little more power and torque, the Intruder wins the battle here.

The Suzuki Intruder 150 comes fitted with a 266mm disc brake upfront along with a 240mm disc brake at the rear. An ABS (Anti-Lock Braking System) will come standard. The motorcycle has been equipped with telescopic forks upfront along with a 7-step adjustable monoshock at the rear. The Intruder 150 rides on 100/80-17 front and 140/60-17 rear tyres that come mounted over stylish black alloy wheels.

The Bajaj Avenger 150 Street comes fitted with a 240mm disc brake upfront along with a 130mm drum brake at the rear. The suspension system of this bike comprises of telescopic forks upfront while the rear end has been assisted with twin spring shock absorbers. The Avenger 150 Street rolls on 90/90-17 front and 130/90-15 rear tyres that come coupled with black alloy wheels. The Suzuki cruiser has the bigger brakes and tyres and of course the rear monoshock suspension. 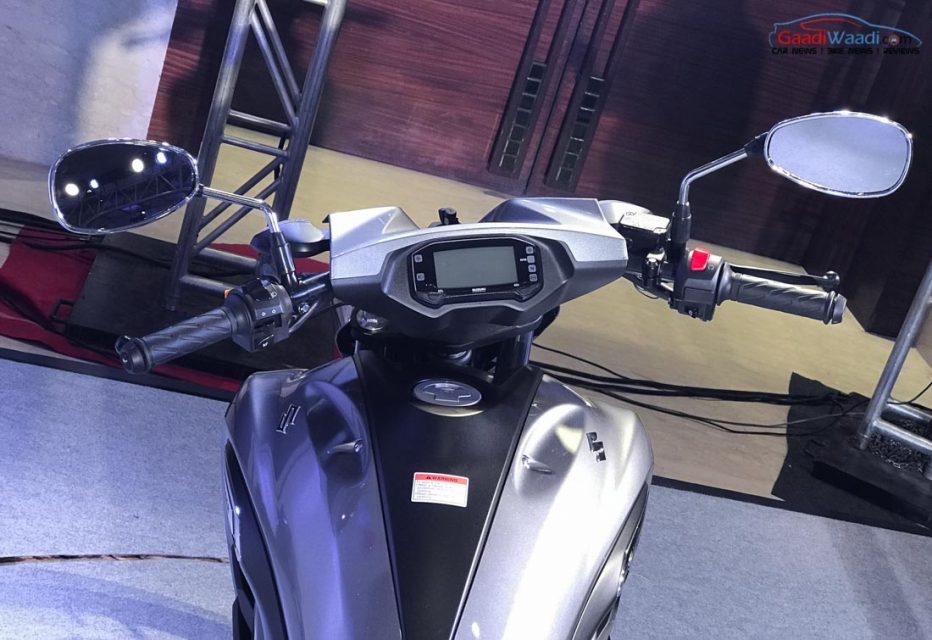 The Suzuki Intruder 150 comes assisted with disc brakes at both ends that should offer a decent stopping power. These further come linked to an ABS (Anti-Lock Braking System) to offer a safe and effective braking. Besides, the motorcycle has also been equipped with LED headlamp and tail lamp that indeed look appealing.The Bajaj Avenger 150 Street on the other hand, has been fitted with a front 240mm disc brake that works decently. The fuel gauge of this motorcycle has been mounted over the fuel tank that gives the feeling of a high end cruiser bike.

The instrument cluster of the Suzuki Intruder 150 is a full digital unit and it is the same that comes fitted in the Gixxer series. On the other hand, the Bajaj Avenger 150 Street contents with the old fashioned analog set up. However, the fuel gauge has been fitted on the fuel tank to provide the old school charm of a cruiser motorcycle. The Intruder 150 seems to have the upper hand on the feature part as well on paper. 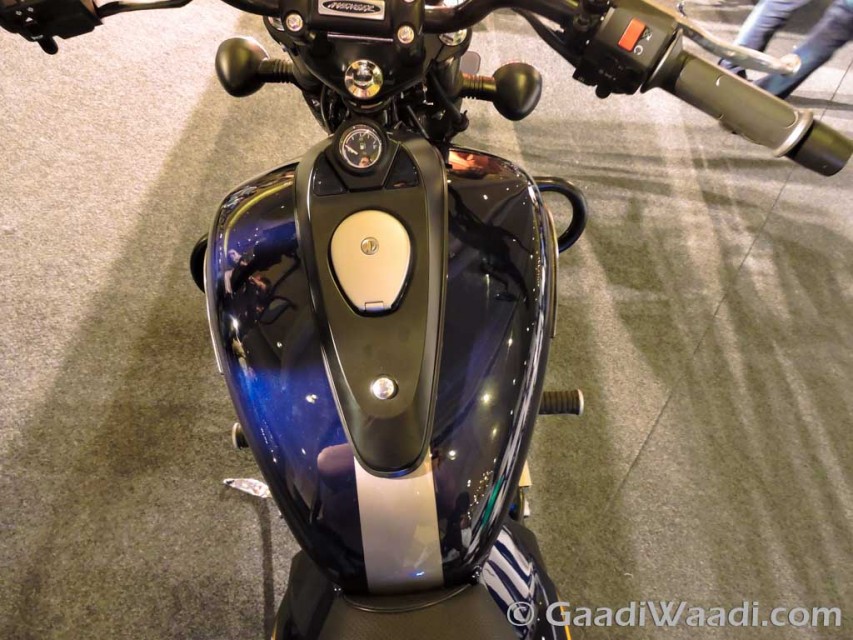 While the seat height of the Suzuki Intruder 150 stands at 740mm, the seat of Bajaj Avenger 150 Street is even lower at 725mm, offering a super benefit to short heighted riders. While the Intruder is longer, taller and wider, the Avenger 150 has more wheelbase and fuel tank capacity. 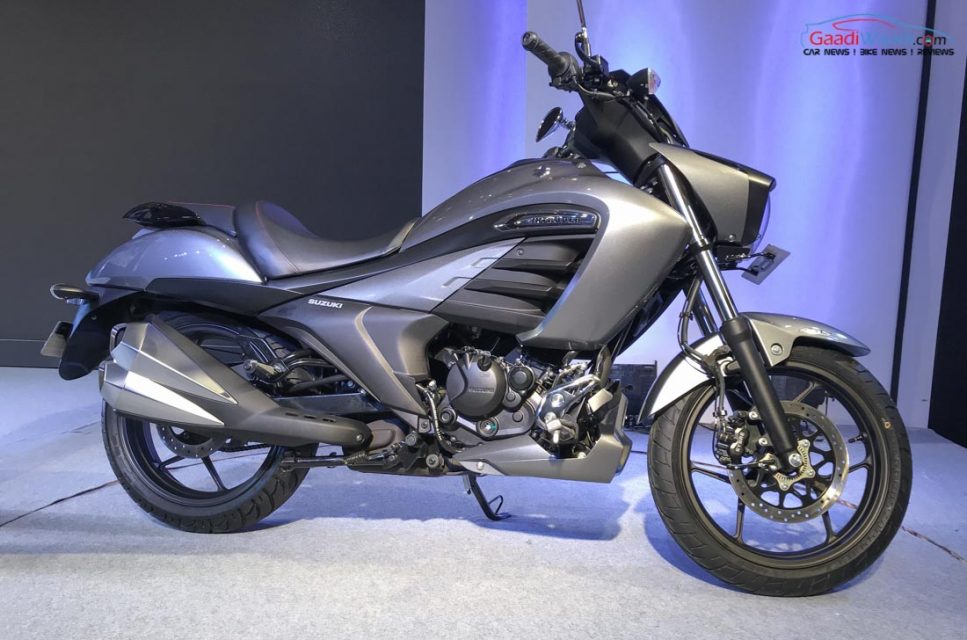 The Suzuki Intruder 150 has been launched in India at a price of Rs 98,340 while the Bajaj Avenger 150 Street is currently available at the dealerships at Rs. 80,960 (both prices, ex-showroom, Delhi).

The Suzuki Intruder 150 is expected to create ripples in the country’s entry level cruiser bike segment with its bunch of interesting features and a solid price point at which it has arrived. Now what remains to be seen is that if Suzuki really turns around tables with the sale of the Intruder 150 or if Bajaj Avenger 150 Street remain intact on its throne.

There is no denying the fact that the Suzuki Intruder 150 is a well rounded package. While Bajaj Avenger 150 Street has its presence already established in the entry level cruiser space, the Suzuki Intruder 150 has arrived with all intentions to dethrone the Avenger off its reign. Now, only time will tell that Suzuki has succeeded in doing this or not as the upcoming monthly sales charts will reveal the true story.

By the looks, we personally believe that the Suzuki Intruder 150 is a really good package and has been designed and developed keeping the needs of the youngsters in mind with all the modern tech that should come in a motorcycle of this price point. The Suzuki Intruder 150 can be a perfect pick for someone who loves cruisers by heart but have budget constraints. Also, the motorcycle can be a good alternative option for someone who is looking to go for a 200cc streetfighter, as such bikes in India come at a similar price as the Intruder 150.