Speculations surrounding the V-Strom 250 adventure bike’s India debut have long existed and the launch of the Gixxer 250 naked and Gixxer SF250 faired supersport only fuelled them further. The Japanese two-wheeler major sells models like Access 125, recently launched Avenis 125, Burgman Street 125, and high-end motorcycles like Hayabusa and V-Strom 650XT in India.

The brand is expected to expand its premium portfolio by adding new models as it does not have the intention to dig deep in the commuter segment. It is looking at stretching the legs of its exclusive motorcycle dealerships across the country. In addition, the production facility in Gurugram, Haryana, which has a capacity of over one million units, will be used as a global manufacturing hub for small capacity models in the 125-300 cc range.

Suzuki has been testing an electric scooter based on the Burgman Street 125 for many months already and is expected to go on sale later this year. In November 2021, Suzuki expanded its 125 cc scooter range with the arrival of the Avenis 125 and it has been well received amongst customers. The company looks to be adding another motorcycle to its lineup very soon. 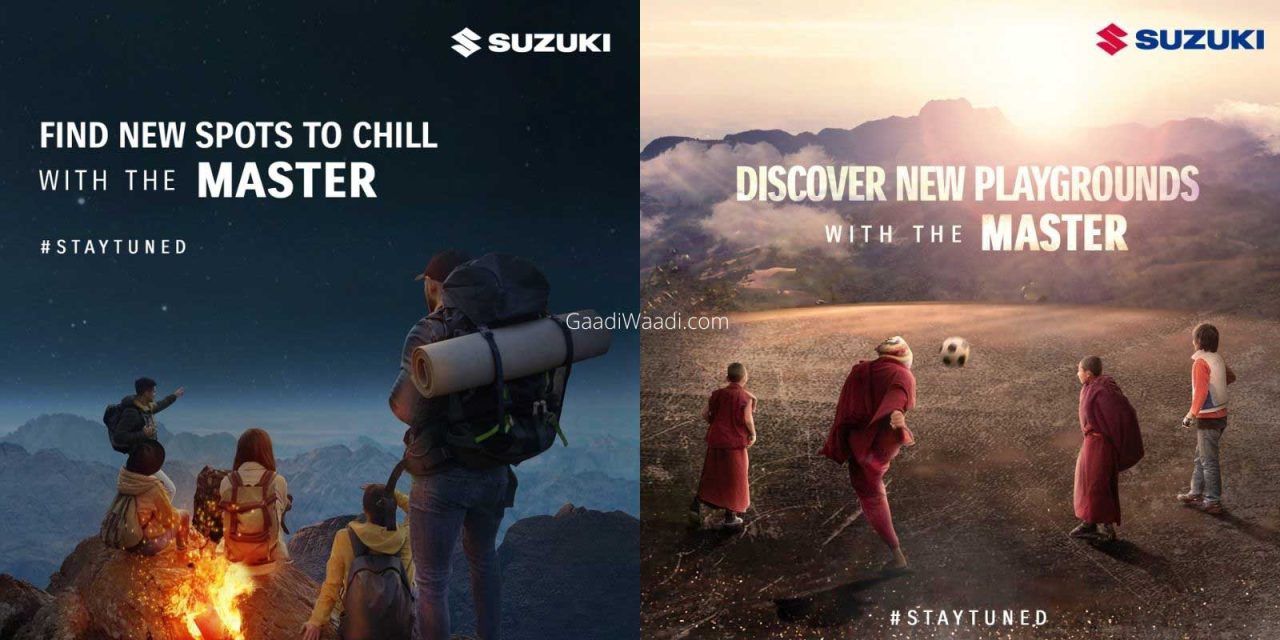 In the international markets, Suzuki often uses the ‘master’ word with a V-Strom product. Calling it ‘We have waited for far too long’ and emphasising ‘adventure’ make us believe that it will be the quarter-litre V-Strom 250. Rumours indicated previously that Suzuki would be developing an Adv based on the existing 250 cc platform that underpins the Gixxer 250 and SF 250. With a different suspension setup and sub-frame, the Suzuki V-Strom 250 will more likely be powered by a 249 cc single-cylinder oil-cooled fuel-injected engine developing 26.13 bhp and 22.2 Nm, and it could be coupled with a six-speed transmission. If it turns out to be the V-Strom 250, it will rival KTM 250 Adventure and expect the price range to hover around Rs. 2.5 lakh (ex-showroom). If not, the probabilities of it being a litre class V-Strom 1050 or the updated 650 are high.