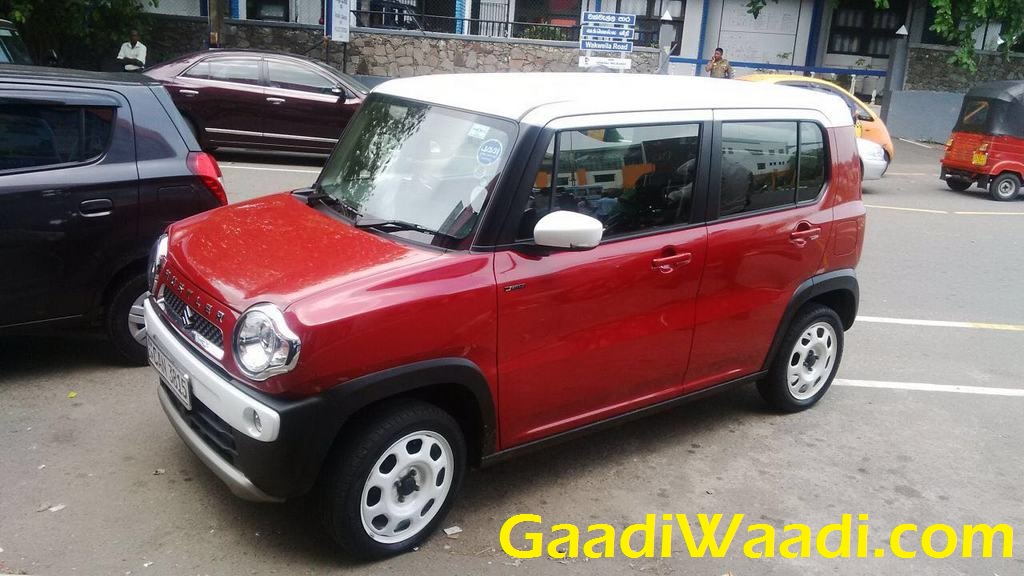 Suzuki Hustler was awarded as the RJC Car of the Year in Japan after garnering several hundreds of customers since launching in 2014. To celebrate that model, a J Style edition was released at the 2015 Tokyo Auto Salon show in January. It was offered in three colour options namely Pheonix Red Pearl, Cool Khaki Pearl Metallic and Bluish Black Pearl.

The exterior upgrades on the Hustler J Style were dual-tone colour scheme with white roof, newly designed 15-inch white steel wheels, J Style stickers and badges, RJC Car of the Year at the rear fascia, LED fog lamps, etc.
The standard Hustler gets power from a 660 cc VVT (Variable Valve Timing) petrol engine that is good enough to produce a maximum power output of 51 hp and 63 Nm of peak torque. 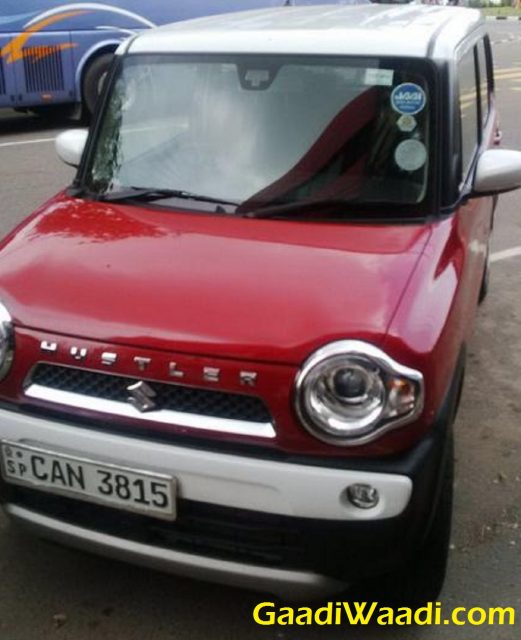 Comes available in both 2WD and 4WD versions, the small car was equipped with a CVT automatic transmission as well in countries like Japan. The spy images of the Hustler Hybrid suggest that it could be equipped with a hybrid system derived from the latest generation Solio. It could be combined with the existing petrol engine to produce additional power while being fuel efficient at the same time.

The electric propulsion alone could be switched on for extended battery range. The changes of the engine mated to Suzuki’s AGS (Auto Gear Shift) transmission as seen on the Celerio are high. The Hustler measures 3,395 mm in length, 1,475 mm in width, and 1,665 mm in height which is more likely not change in the hybrid version. In order to further boost up the sales, the facelifted Suzuki Hustler and hybrid version of the new generation Suzuki Solio made global premiere at the 2015 Tokyo Motor Show last October. 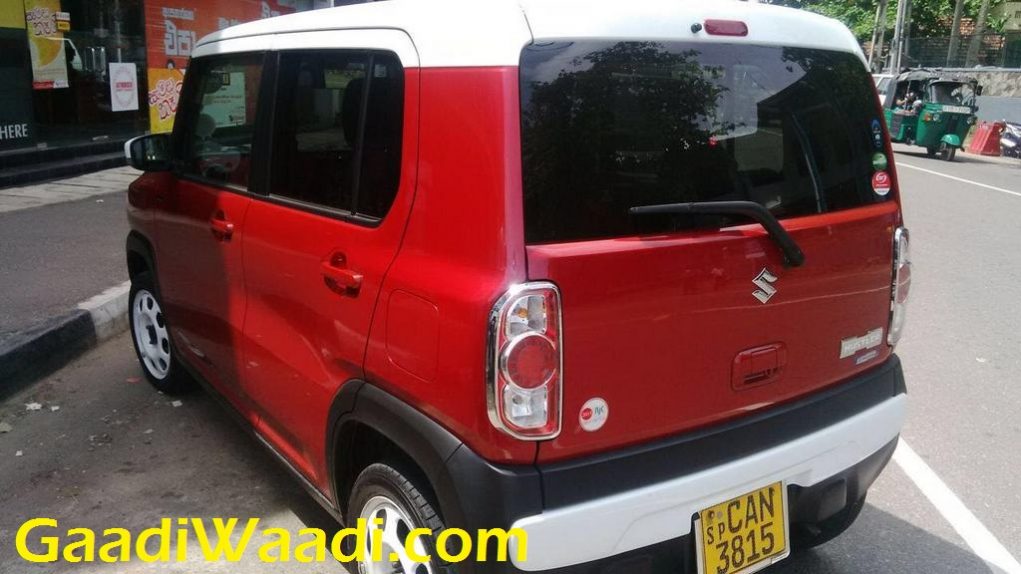 The Suzuki Hustler facelift comprised of the J Style II styling cues and was adorned with pop-art colours such as ivory, yellow and green with a contrasting black roof. It featured a metallic-look grille, gloss black-finished dashboard and front-bumper garnish. On the inside, the Hustler received heated seats up front, multi-spoke steering wheel with mounted audio controls, dashboard colour pertaining to the exterior paint job and reverse parking camera as option.