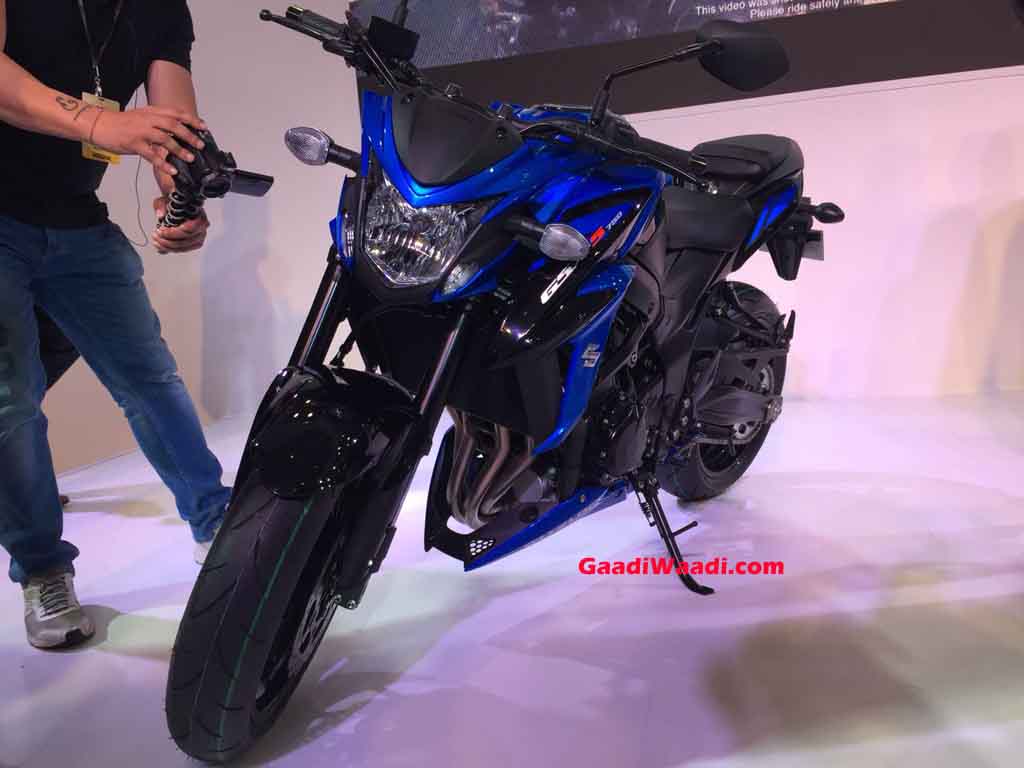 Suzuki Motorcycle India Private Limited (SMIPL) had announced back in October 2017 that it has aggressive plans for the country’s two-wheeler market. The company also stated that in order to do something different, it will have to come up with a unique strategy and will now focus on premium bikes and scooters.

It had certainly done by displaying as much as 17 two-wheelers at the 2018 Delhi Auto Expo. in February Following the premium philosophy, the Suzuki GSX-S750 was finally displayed and has now officially been launched. It the second high capacity bike to locally assembled in India after Hayabusa.

The first sub-1,000 cc motorcycle to be locally assembled by Suzuki in India has crafted styling inspired by its bigger litre class sibling and is expected to make a big impact in the premium bike space. Here is everything you need to know about the Suzuki GSX-S750: 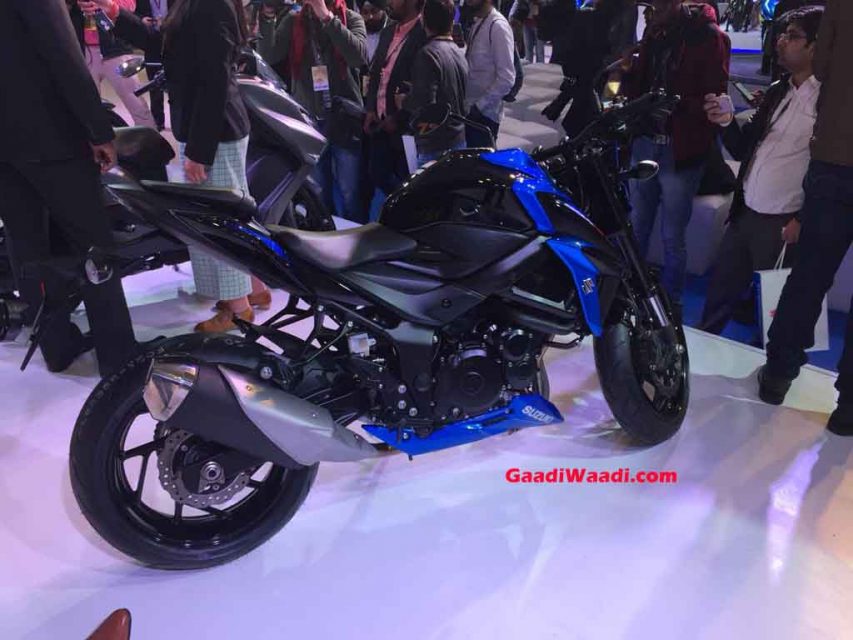 The naked streetfighter has finally entered the Indian market at a highly competitive price tag and it addresses the growing affinity towards middleweight motorcycles among customers.

As we suspected, the new Suzuki GSX-S750 is priced lower than the Kawasaki Z900 due to the local assembly at Rs. 7.45 lakh (ex-showroom, New Delhi). 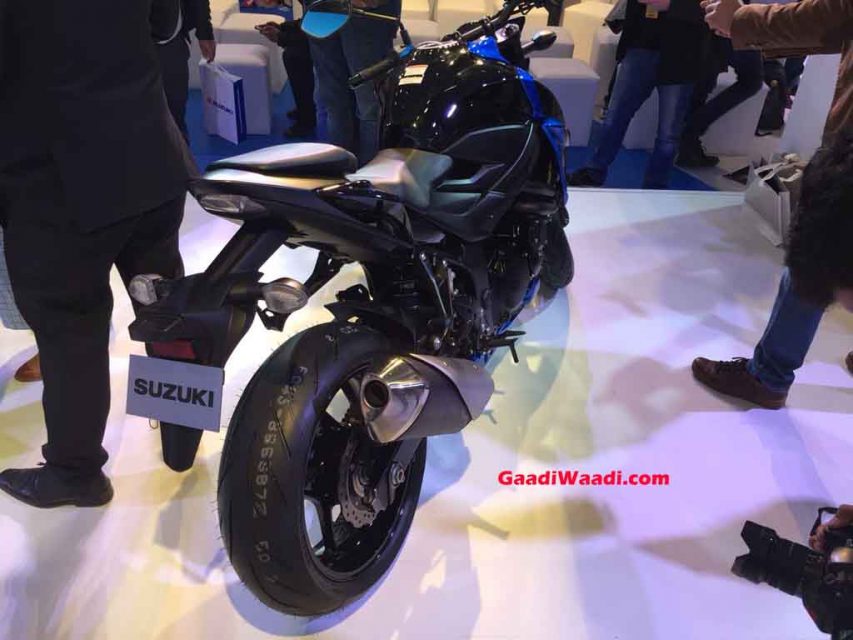 The fuel injected motor is good for generating a maximum power output of 113 bhp along with a peak torque of 80 Nm. The Suzuki GSX-S750 comes with a standard ABS (Anti-Lock Braking System) along with a multi level traction control system. 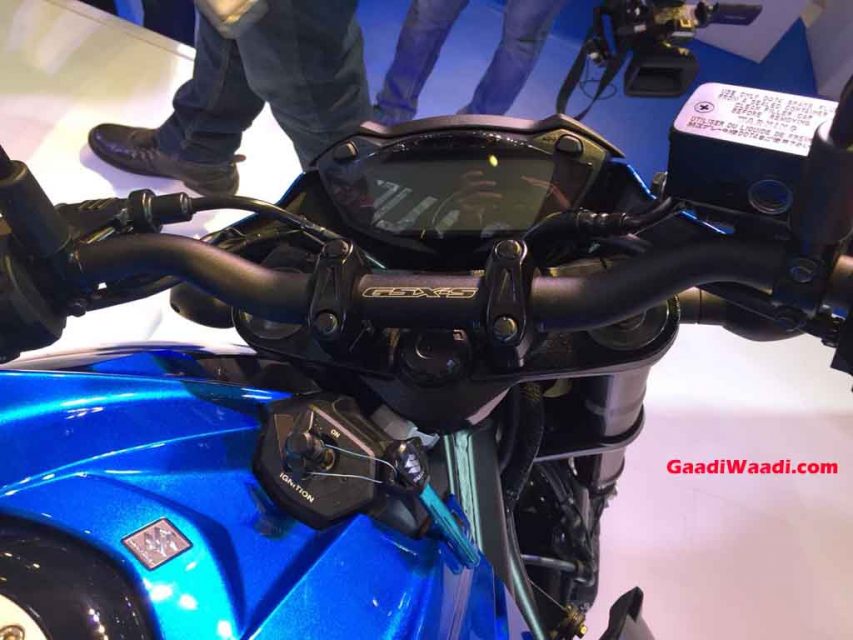 The Suzuki GSX-S750 should be capable of returning around 20 kmpl.

The Suzuki GSX-S750 sits on a twin spar aluminium cradle frame. The braking to this motorcycle is done with the help of twin 310 mm disc brakes at the front along with a single 220mm disc brake at the rear.

The suspension duties are taken care of with the help of KYB inverted forks up front along with a monoshock at the rear. The Suzuki streetfighter rolls on 120/70-ZR17 front and 180/55-ZR17 rear tyres that come mounted over stylish black alloy wheels. 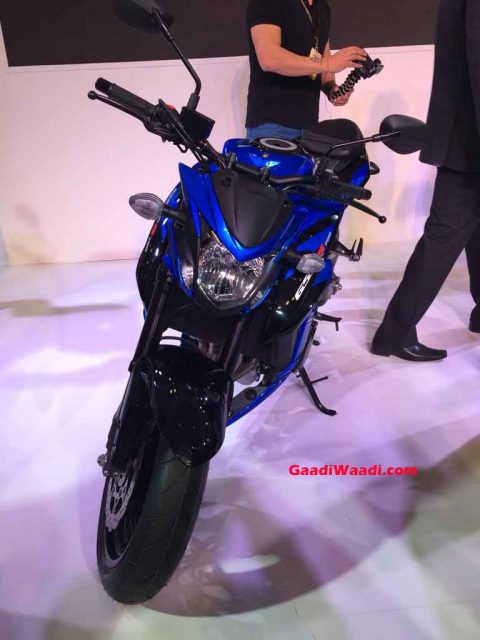 The Suzuki GSX-S750 has a total kerb weight of 211 kgs and has been assisted with a 16 litre fuel tank. The overall dimensions of the bike stand at 2125mmx 785mm x 820mm (LxWxH). Internationally, the GSX-S750 is on sale in two dual tone colour options of blue-grey and red-grey. The India-bound model will likely get both these paint schemes.

The Suzuki GSX-S750 will compete against the likes of Triumph Street Triple, Yamaha MT-09 and Kawasaki Z900.