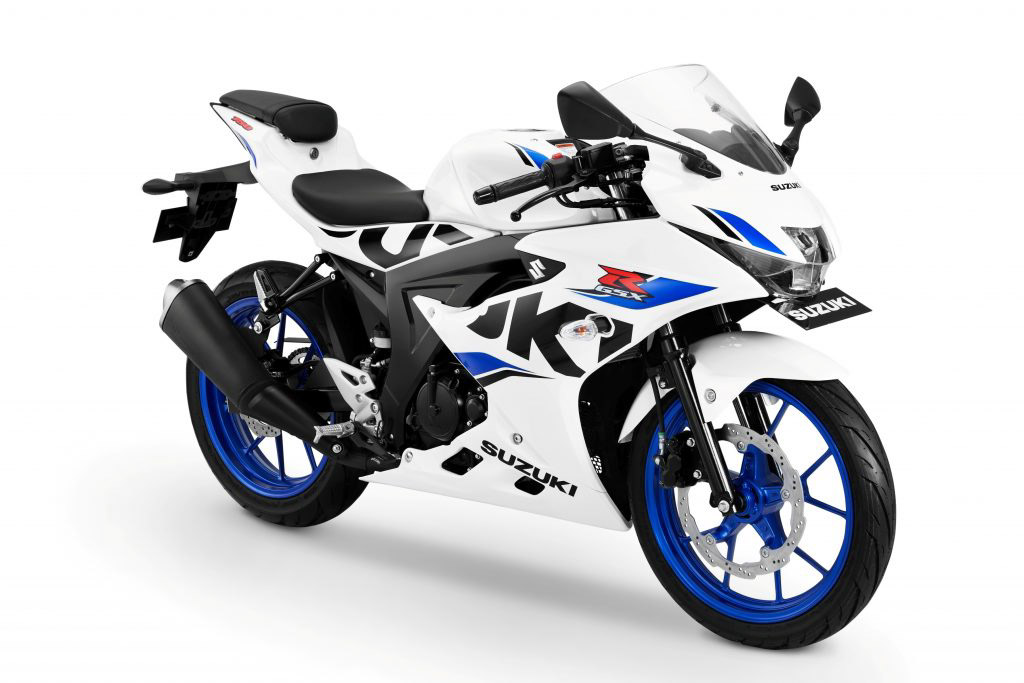 The new Suzuki GSX-R150 white colour variant is priced at IDR 30.15 million (Rs. 1.43 lakh) and will go on sale in Indonesia towards the end of this month

Suzuki’s Indonesia division has launched a new colour for the GSX-R150 and it elevates the overall sporty stance of the faired motorcycle. The entry-level performance bike now gets a new paint job referred as ‘Brilliant White – CW Vigor Blue’ and it joins rest of the colour schemes.

The new colour variant is priced at IDR 30.15 million (On-road, Jakarta) (Rs. 1.43 lakh approx) and will go on sale in Indonesia towards the end of this month across authorised outlets. The GSX-R150 with Brilliant White – CW Vigor Blue colour scheme is confirmed to make its debut at the upcoming GIIAS (Gaikindo Indonesia International Auto Show) running between August 2 and 12.

It is aimed at young customers and holds the key for increasing sales of the GSX-R150. The livery is striking as the body panels are finished in white in majority, along with blacked out exhaust system with chrome detailing, black coloured rear view mirrors, black Suzuki graphics, blue and black decals, and alloy wheel rims painted in blue colour.

The Suzuki GSX-R150 comes equipped with LED headlamp, all-digital instrument console, Suzuki Easy Start System and first-in-class Keyless Ignition among others. Suzuki has not made any changes to the pricing as the new white colour variant is priced similar to other shades such as Solid Black, Stronger Red-Titan Black, Metallic Triton Blue and Titan Black.

As for the powertrain, the Suzuki GSX-R150 uses the 147.3 cc single-cylinder four-stroke DOHC liquid-cooled engine. It is fuel injected to produce a maximum power output of 19 bhp at 10,500 rpm and 14 Nm of peak torque delivered at 9,000 rpm. The engine is mated to a six-speed gearbox.

It has a fuel tank capacity of 11 litres and tips the weighing scale at 131 kilograms. It is strapped with 90/80 R17 front and 130/70 R17 rear tubeless rubber and is suspended on telescopic front forks and adjustable monoshock at the rear.

Suzuki could learn a thing or two from the entry-level GSX-R150, that rivals Yamaha R15 V3 in Indonesia, as it is reportedly planning to launch two 250 cc motorcycles next year in India along with a completely revised Gixxer.