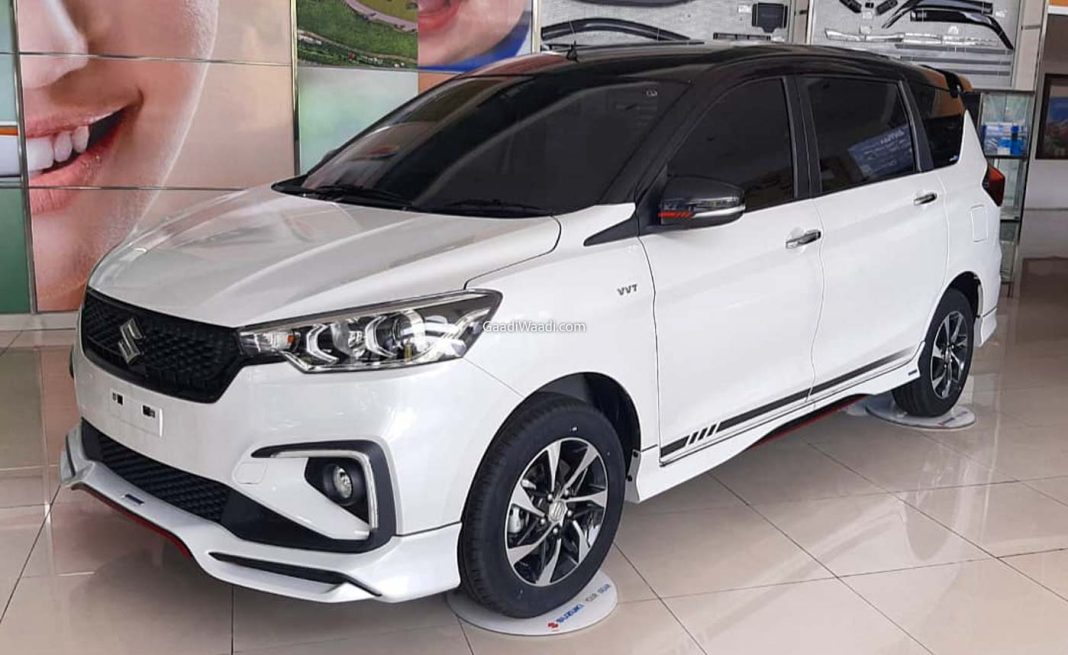 The GIIAS (Gaikindo Indonesia International Auto Show) 2021 will be hosted between November 11 and 21, 2021 and a stacked lineup of new cars is waiting to be showcased. It includes the new-generation Toyota Avanza and its cousin the Daihatsu Xenia. One of their direct rivals comes from Suzuki as the family mover segment is always competitive.

In response to the all-new duo, the Japanese manufacturer is all set to bring in a limited edition Ertiga and it will be displayed on the same show. The special edition’s production will be restricted to 125 units and will be offered in a single paint scheme (white shade with a black finished roof). The special edition is based on the regular Suzuki Ertiga Sport according to a report that emerged on Mobil123.com.

To differentiate itself from the standard MPV, Suzuki will introduce some notable updates. Some of the reported highlights include black finished roof, blackened Outside Rear View Mirrors, front grille, rear spoiler, front spoiler with red accents, red finished black door trim, side skirt with red garnish, new stickers on the sides, and much more. 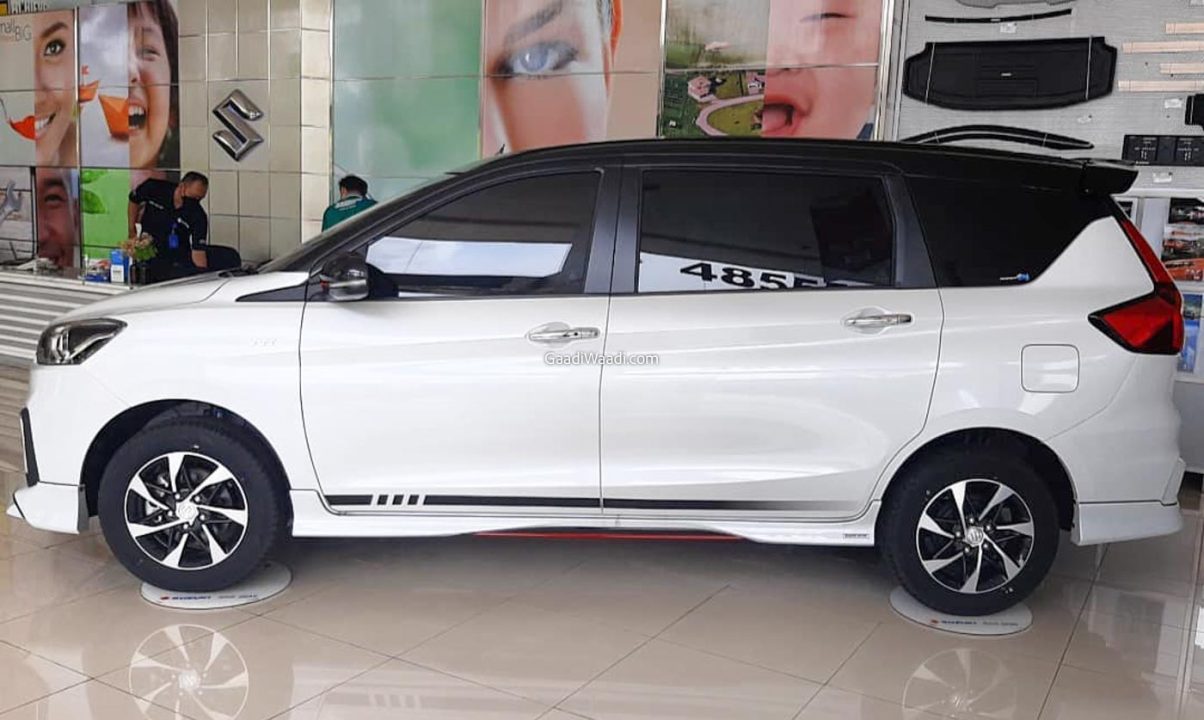 It is said to come with a smart e-mirror feature as in the XL7 Alpha and the prices will start 13 million IDR (Rs. 68,900 approximately) more expensive than the Ertiga Sport. With the standard version at around 255 million rupiah (Rs. 13.50 lakh approx), the special edition could start around 268 million rupiah (Rs. 14.18 lakh).

The Ertiga is the best-selling MPV in India and it could be subjected to a mid-life update in the near future with changes to the exterior and interior. The rebadged version of the Ertiga known as Toyota Rumion went on sale in South Africa only recently and it could be considered for the domestic market as well. 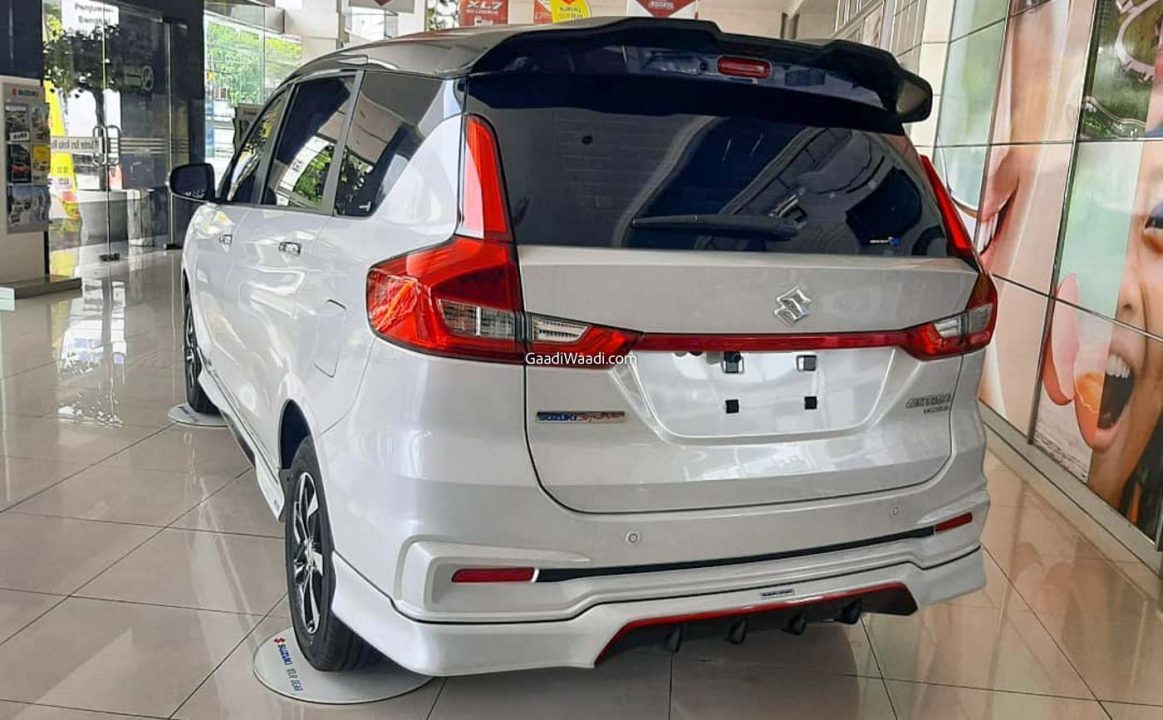 The badge-engineered Ciaz could also be launched under the Belta nameplate. Just as the Ertiga and Ciaz, it will more likely be powered by the omnipresent 1.5-litre four-cylinder K15B petrol engine producing a maximum power output close to 105 PS and 138 Nm of peak torque, and is paired with a five-speed manual or a four-speed torque converter AT.