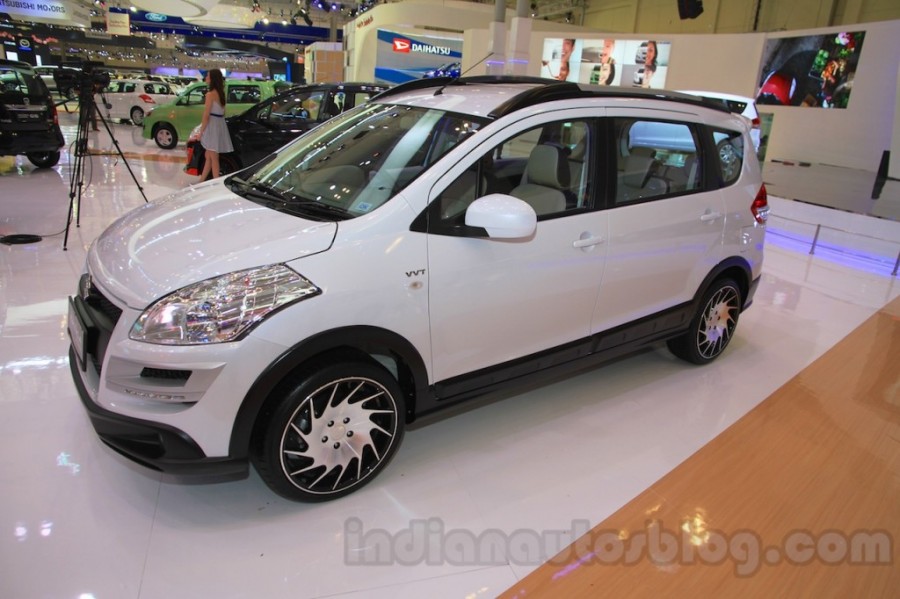 The Ertiga is one of the more prominent sellers for Suzuki in India as well as over the South East Asian markets also. The automaker recently, uncovered the mid-cycle facelifted form of the MPV at the 2015 Gaikindo Indonesia International Auto Show (GIIAS). Adding a touch of toughness to the multi-seater, Suzuki likewise divulged the Ertiga Crossover Concept at the auto expo on the facelifted rendition, with a few outside and inside updates separating it from the standard model. 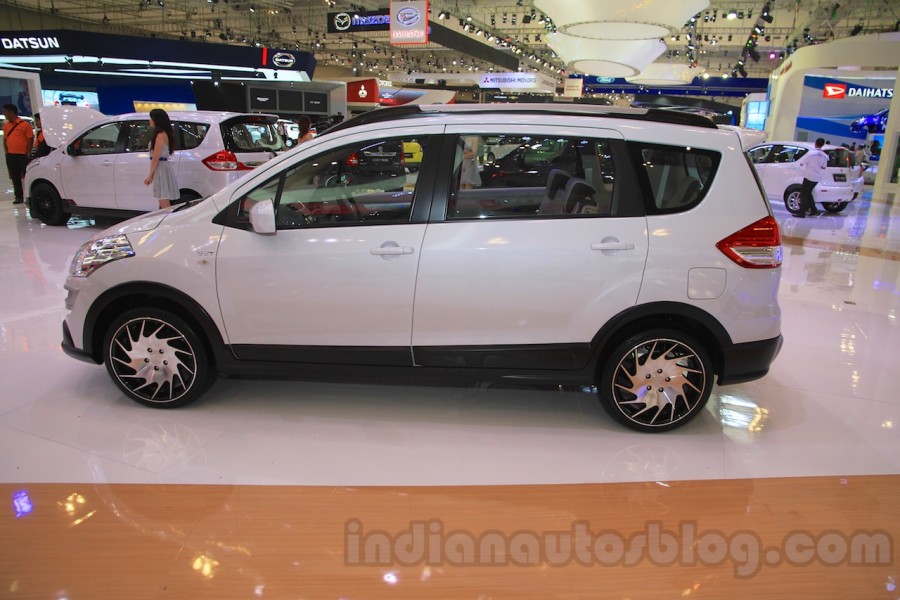 Beginning with the tasteful changes, the Suzuki Ertiga Crossover idea gets another and forceful looking front embodying, an adjusted grille with a dark honeycomb mesh, dark plastic cladding on the front bumper with coordinated fog lamps and in addition over the wheel curves and sides. The front likewise gets new LED DRL strips and a silver skid plate. 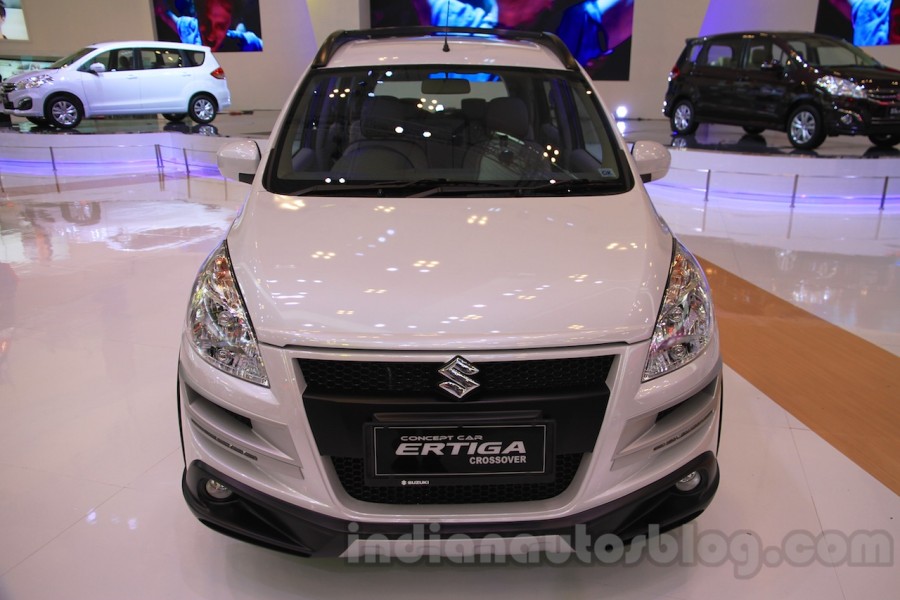 At the back of the Suzuki Ertiga Crossover, the bumper gets dark cladding and a chrome tip exhaust. There are expanded reflectors on the tailgate, another dark enhancement rests over the registation plate walled in area. The position of safety 18-inch compound wheels looks quite good on the crossover version of the car. 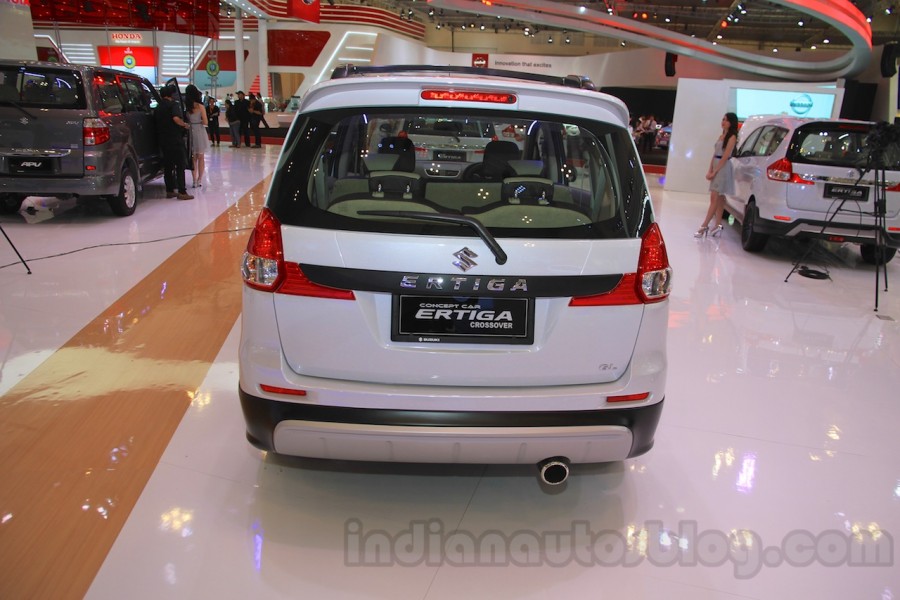 Inside the cabin, the 2016 Suzuki Ertiga Crossover concept idea gets a leather wrapped steering wheels with controls, double tone beige and chestnut leather upholstered seats with difference sewing, new 50:50 split third column seats, electrically tractable ORVMs, auto up driver side force window, among the different upgrades it brings to the table . For the Indonesian market, the Ertiga keeps on drawing force from the same 1.4-liter K-Series petrol engine, combined to a 5-speed manual gearbox. 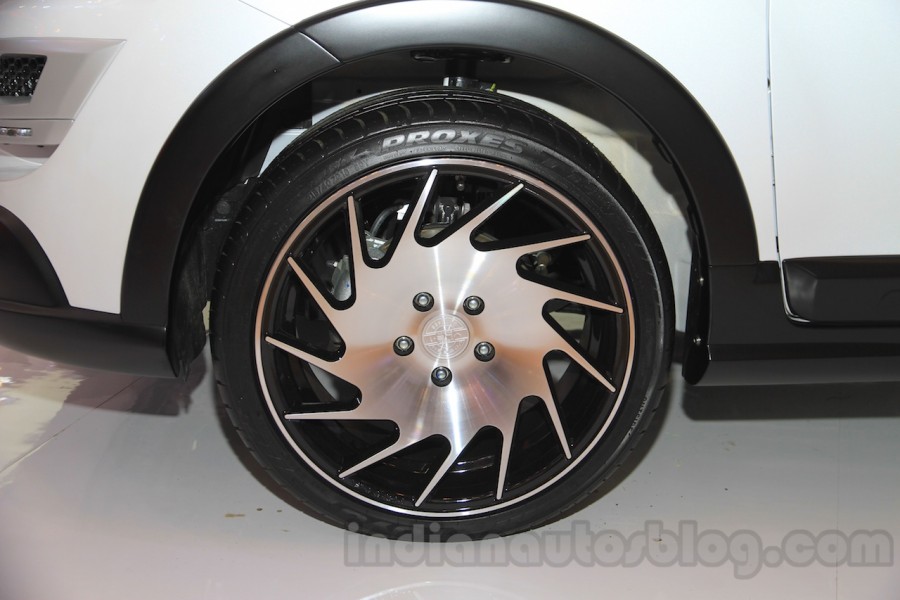 Of course, Suzuki had showcased the pre-facelift Ertiga crossver idea in 2012, yet the model never made it to creation. Three years since, the idea of crossovers has been acknowledged in the business sector. MPV hybrids keep on being an uncharted region and it is intriguing to check whether the automaker conveys the idea to creation frame or keeps on limiting its presence just to automobile fairs.