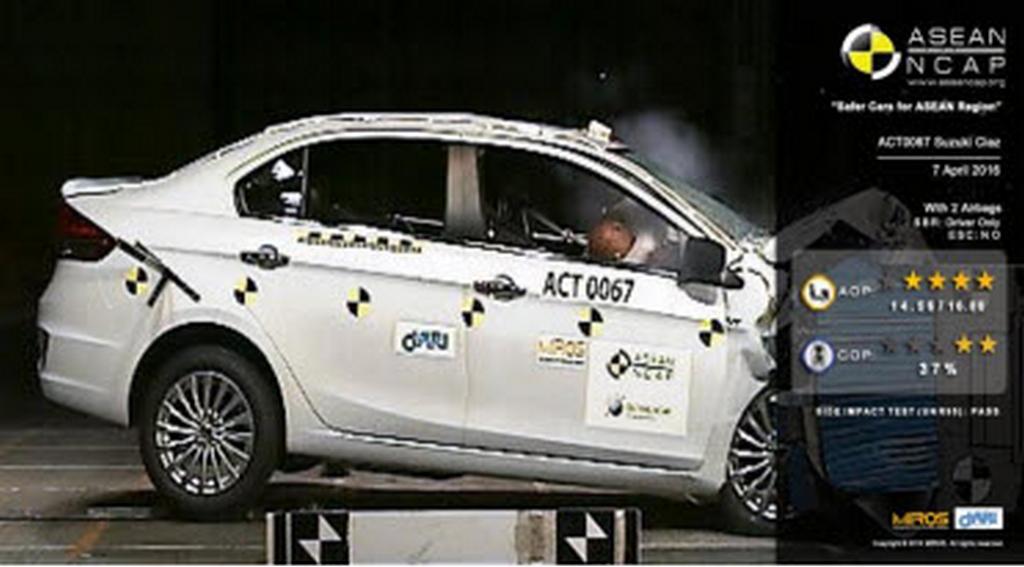 The Suzuki Ciaz was put through the stringent crash tests conducted by ASEAN NCAP safety organisation in April 2016 and its results have been released. The outcome has certainly been impressive as the sedan was awarded four stars out of five in the highly demanding test scenario.

The ASEAN NCAP (New Car Assessment Program for Southeast Asian Countries) was setup to improve safety standards in the cars running in South-eastern part of Asia and its slew of latest crash tests have been forced upon the Ciaz. The tested car was employed with driver Seat belt Reminder System (SBR) and two airbags. The Suzuki Ciaz sedan has secured 14.56 points out of 16 in the most important segment of the test – the Adult Occupant Protection (AOP). 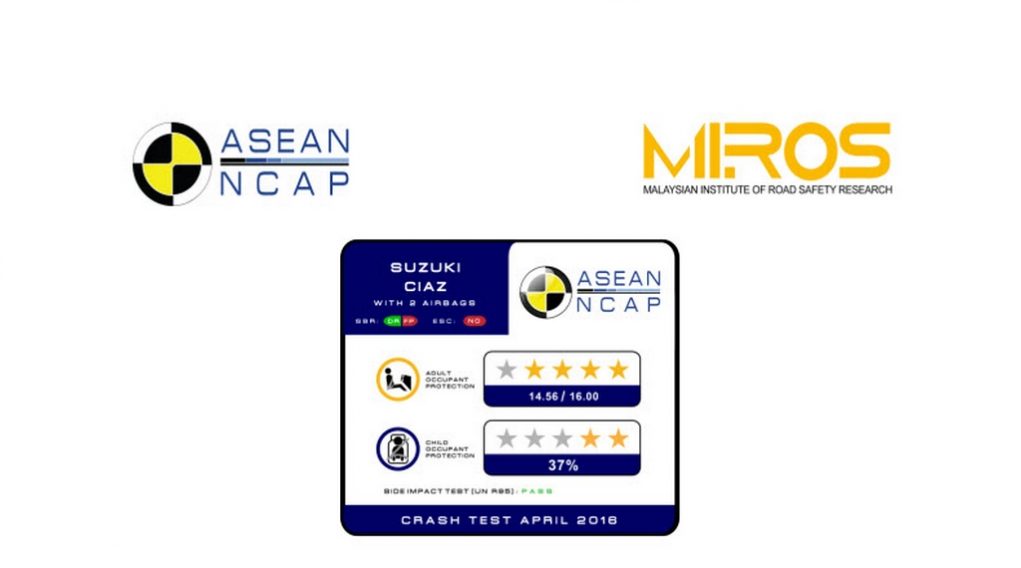 Despite scoring a very good AOP, the Ciaz showed underwhelming performance in Child Occupant Protection (COP) and had only 37 per cent compliance with the norms while passing through the side impact crash tests. The two stars received in COP had the Ciaz without Electronic Stability Control (ESC) as well. The test prototype of the popular model from the Japanese manufacturer is said to be manufactured at the Rayong plant in Thailand which ships the Ciaz to ASEAN markets. 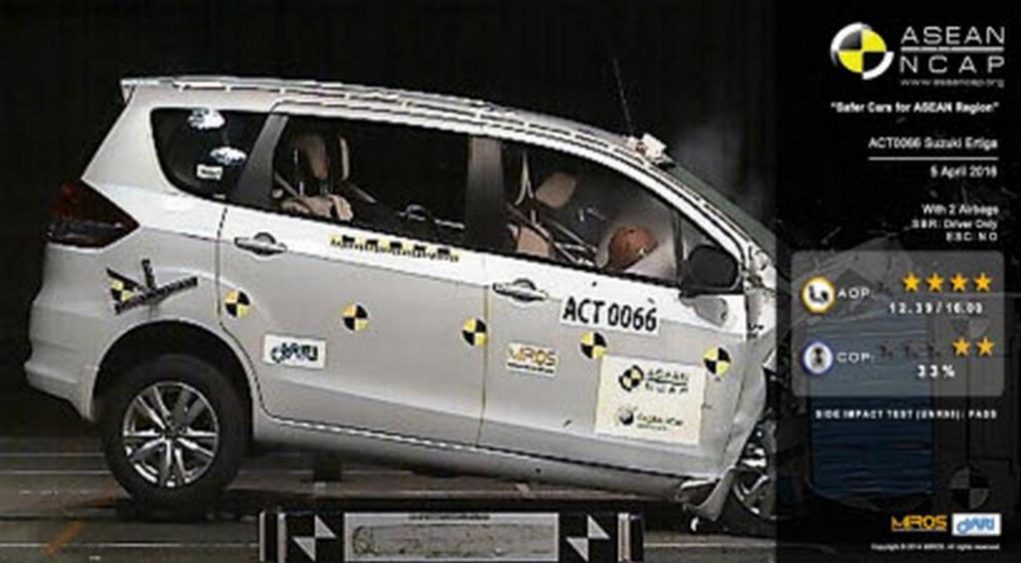 The other product from the Suzuki’s stable the ASEAN NCAP took to test was the Ertiga family carrier. Its performance was as similar to the Ciaz sedan as the MPV was pushed through relentless crash tests framed by the safety programme that complies with global NCAP standards.

In a similar fashion to the Ciaz, the Ertiga was certified with a four star rating out of the 5 stars. It had a one third compliance in the COP test’s mandatory norms and performed negatively with just two stars. What is interesting to be noted here is that the Ertiga family run-around managed 12.39 points out of the maximum 16 points. This is 2.17 points down when compared to the Ciaz.