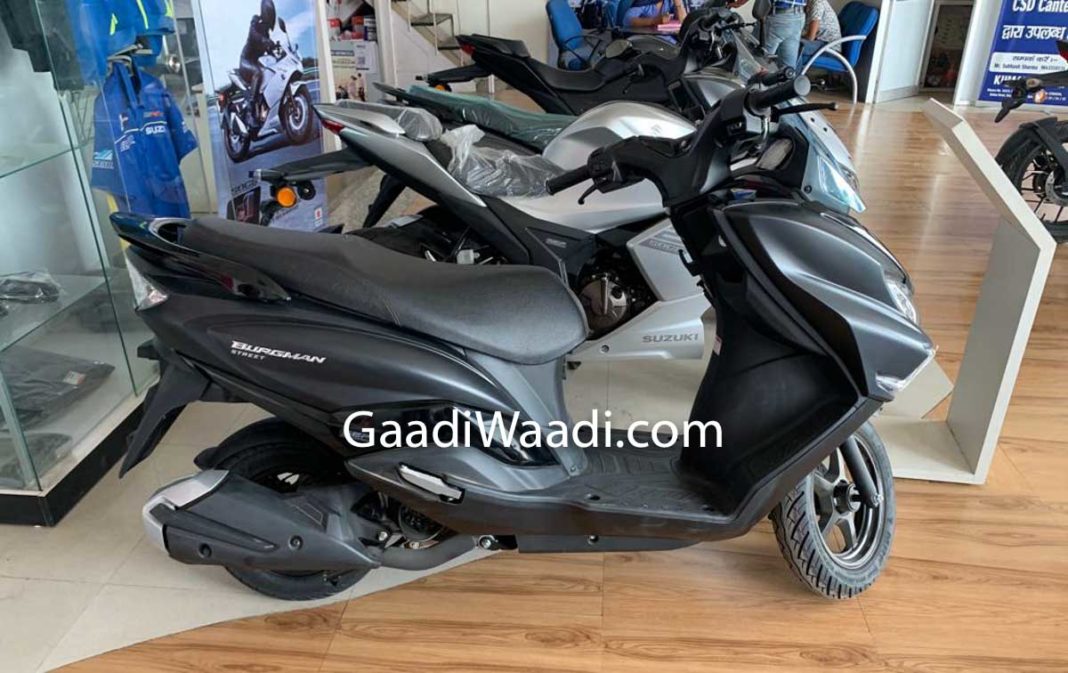 Suzuki debuted the Burgman Street 125 back in 2018 at the Auto Expo in February before going on sale in July that year. Priced nearly Rs. 70,000 (ex-showroom, New Delhi), the premium scooter became an instant hit in the domestic market and is sold in three paint schemes such as Metallic Mat Fibroin Gray, Glass Sparkle Black and Pearl Mirage White.

The Burgman Street 125 is one of the top-selling models within Suzuki’s portfolio. While the majority of the two-wheeler majors are suffering from unfavourable circumstances persisting in the industry and the resultant decrease in sales, Suzuki with its Access 125, the most sold 125 cc scooter regularly in India, has been comparatively posting good numbers.

It is no secret that the Burgman Street 125’s sales have also been affected and to alleviate the Japanese company is preparing to bring in a new colour option. The matte black paint has been spied for the first time and it could either replace the existing Glass Sparkle Black or be added to the lineup with little increase in pricing. 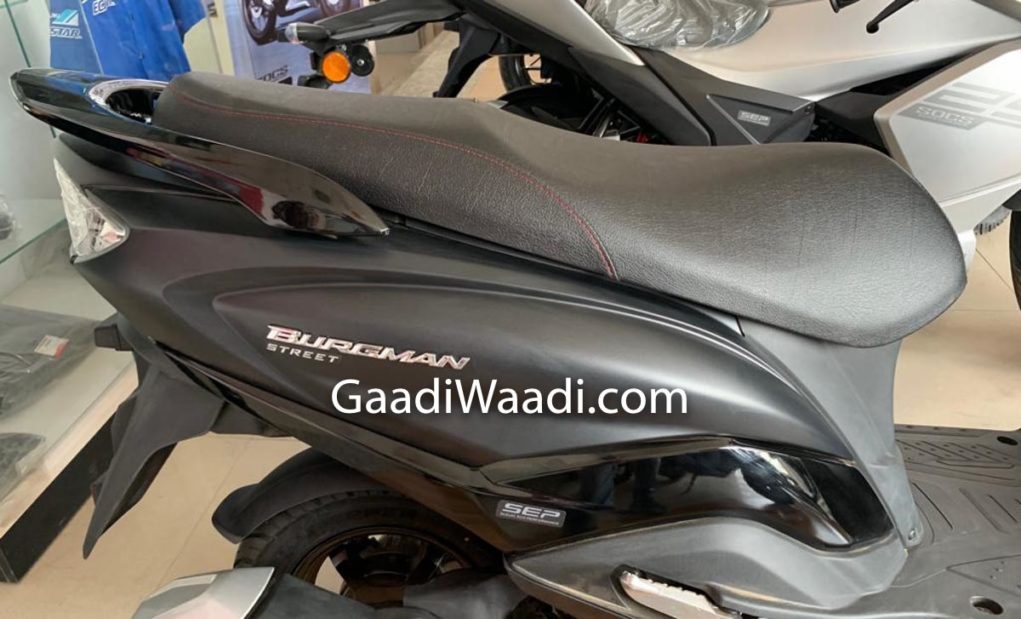 The pictures have been taken at a dealership and they suggest that the launch could be on the cards soon. It comes on the back of TVS introducing a new matte silver colour on the Ntorq 125 recently. No mechanical changes will likely accompany the new matte black colour as it will continue with a 124.3 cc single-cylinder air-cooled four-stroke SOHC engine used in the Suzuki Access 125. 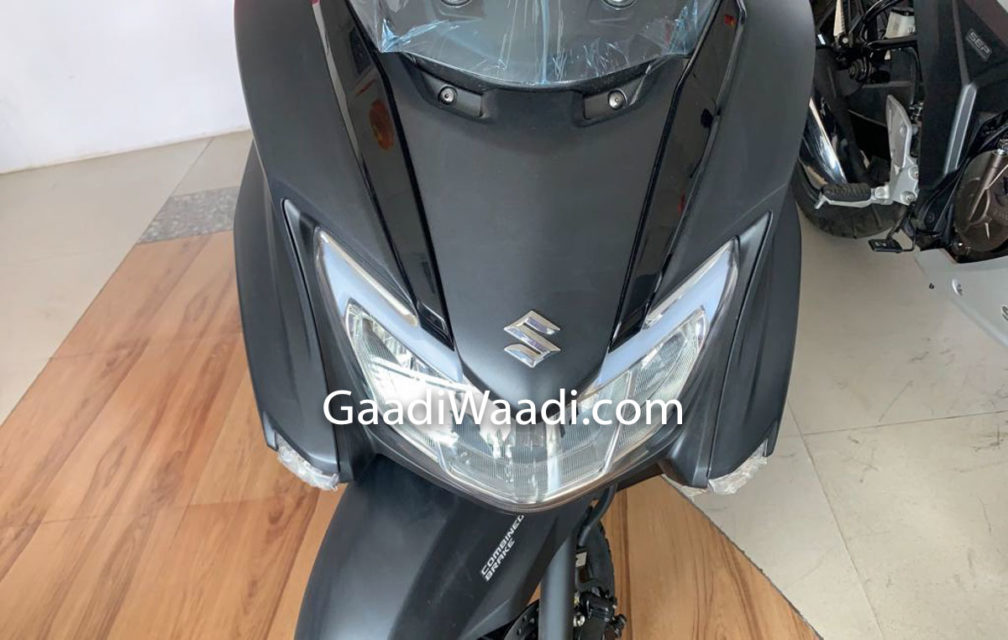 It competes against Aprilia SR 125, Piaggio Vespa 125, TVS Ntorq and Honda Grazia and has been posting good volume compared to them. Some of the key features in the Burgman Street 125 are fully-digital LCD instrument console, LED headlamp, tail lamp and position lamps, chrome accents on body panels, tall windshield, 12V DC charging socket and USB charger as an option.