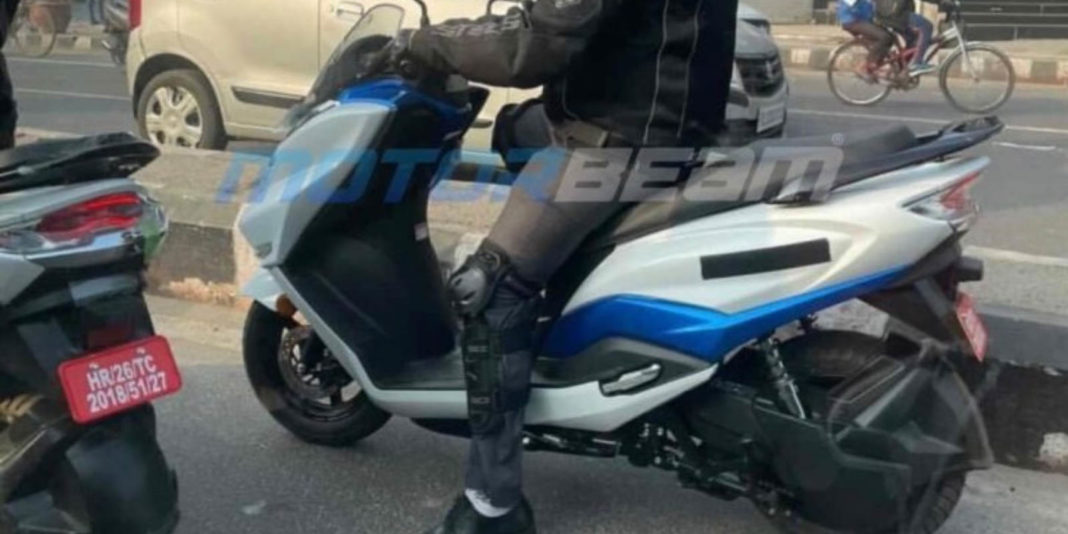 Suzuki has been caught on camera testing the electrified version of the Burgman in recent months. The Burgman Street in its 125 cc avatar has been well received amongst customers and is one of the best-selling two-wheelers for the Japanese brand. It will likely be looking to strengthen its range by launching the Burgman Electric in the near future.

In the recent set of spy shots, the Suzuki Burgman Electric can be seen undisguised as in the previous cases but no concrete information on its underpinnings are known yet. Moreover, the aggressive design of the Burgman Street has been retained as the dual tone white and blue body panels along with the blackened grab handles, black springs on the rear shocks, alloy footpegs and sharp LED tail lamp can be spotted.

In addition, the single piece black seat that raises upwards to the rear and contrast blue highlights signifying the zero-emission nature of the upcoming electric scooter can also be noted. The taped portion on the side panels hides the name and the previous images indicates the presence of black alloy wheels, tall windscreen, generous space in the middle, a sporty front end and LED headlamp. 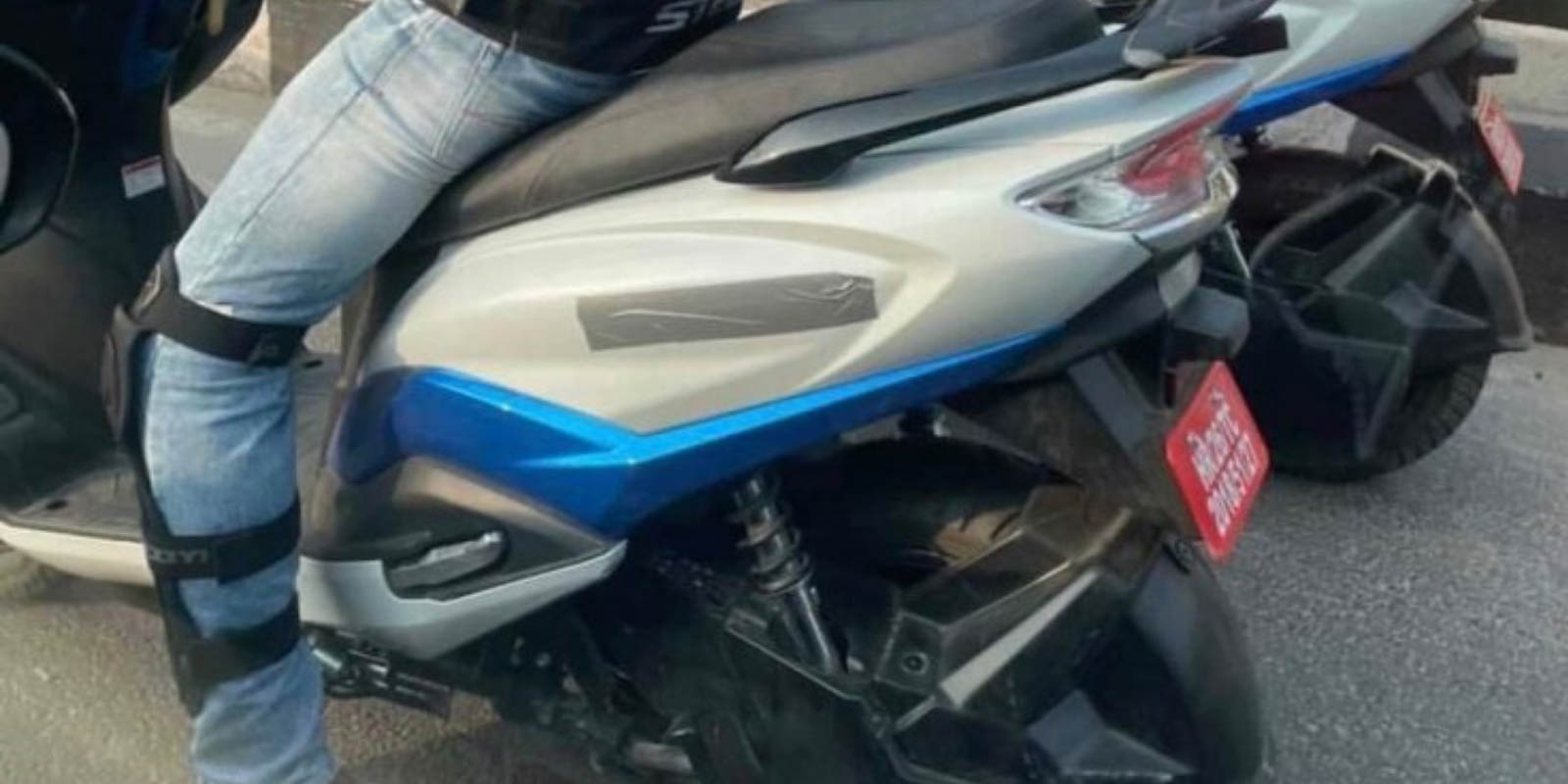 The overall design theme including the front apron looks similar to the regular IC-engined scooter but the rear fender and tyre hugger are different. With repeated spotting of the test mules, we do expect Suzuki to launch the all-electric Burgman in the middle or second half of this year. Many highlighting features could be carried over from the regular Burgman.

The two-wheeler industry will see the debut of new electric scooters in the not-so-distance future from the OEMs as the switch to electrification is inevitable. But, brands TVS Motor Company, Bajaj Auto and Suzuki are looking to have the first-mover advantage by making their presence felt in this category with plenty of scope.