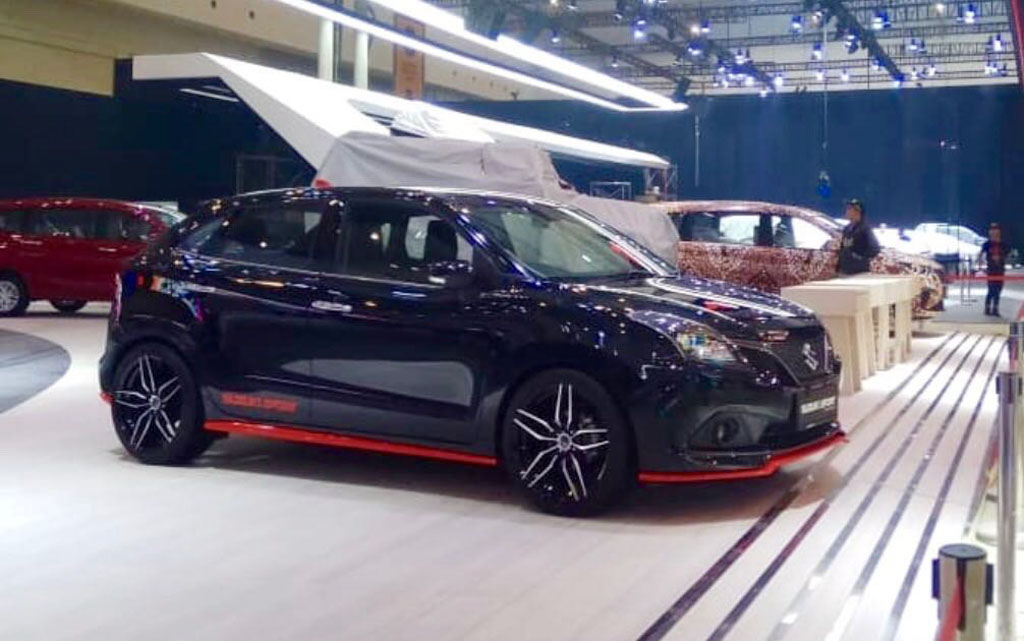 PT Suzuki Indomobil Motor has displayed special conceptual editions of its regular models at the GIIAS (Gaikindo Indonesia International Auto Show) 2018. We have showed you the Sport versions of Ertiga and Ignis, and now it’s time for an equally well put together Baleno. The GIIAS show is a top-notch motoring exhibition in Indonesia and manufacturers took to the stage to showcase their new creating alongside global debuts.

The Suzuki Baleno Sport Concept is another show stealer from the Japanese brand and it adorns a menacing exterior with black metallic paint job. The sporty alloy wheel design is another highlight and it emphasises the overall stance of the hatchback. The red under spoiler further accentuates the way the Baleno Sport Concept looks further.

Baleno is the first true success from Nexa premium outlets and its popularity has only increased since launching in October 2015 in India. It is one of the strongest sellers for Maruti Suzuki in recent times and has outperformed its main rival Hyundai Elite i20 to become the fastest selling vehicle to reach four lakh unit sales in less than three years of its entry.

Besides the high domestic sales volume, the premium hatchback is also exported largely to overseas markets like Japan, Australia, New Zealand and some countries in Europe and Latin America as well. It is also the first car to be locally manufactured and shipped to Suzuki’s home land of Japan. 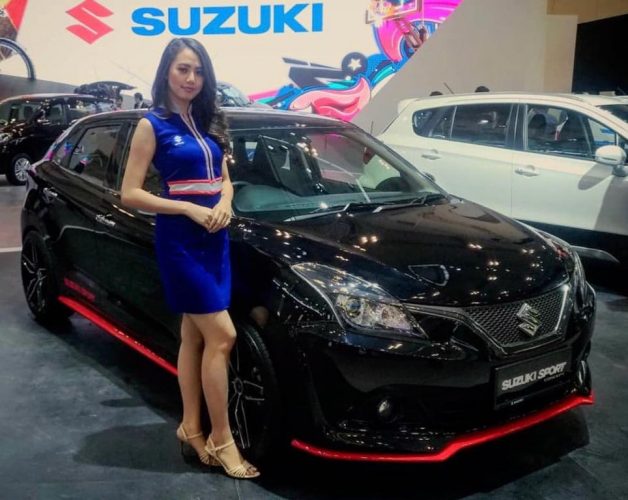 As for the powertrain, the 1.2-litre, four-cylinder, K-Series VVT petrol engine puts out a maximum power output of 83 bhp at 6,000 rpm and 115 Nm of peak torque at 4,000 rpm. It transfers power to the front wheels through a five-speed manual transmission or a CVT automatic as option.

The diesel engine, on the other hand, is the reliable 1.3-litre, four-cylinder, turbocharged, Multijet DDiS 200 motor generating 75 bhp at 4,000 rpm and 190 Nm of peak torque at 2,000 rpm. Maruti Suzuki hasn’t been offering an automatic gearbox yet as a standard five-speed manual does the duty.

Sold in Sigma, Delta, Alpha and Zeta variants, the Baleno prices start from Rs. 5.46 lakh and it goes all the way up to Rs. 8.64 lakh (ex-showroom) for the top-of-the-line model. Will the Baleno Sport enter India? We don’t have a definitive  answer yet but would we like to see it? Yes by the heartbeat!