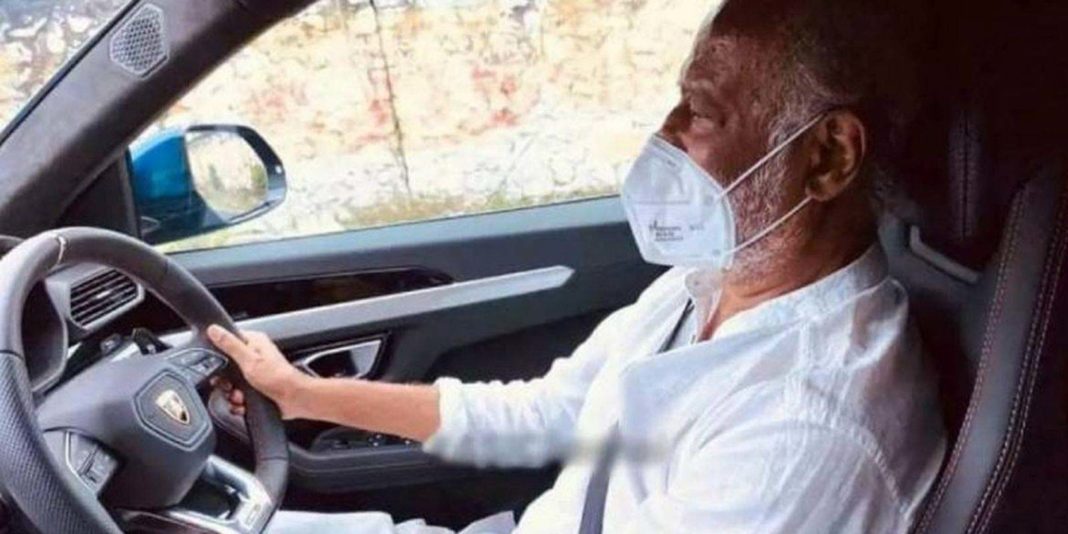 The Lamborghini Urus belongs to his son-in-law and is powered by a 4.0-litre twin turbo V8 engine producing 650 hp and 850 Nm

Rajinikanth doesn’t need any introduction across the country. Fondly known as the ‘Superstar’, he is one of the popular actors in the Tamil film industry with his illustrious career spanning over decades. Whether it is big budget movies or seemingly everything he does including yatra to the Himalayas grab headlines. However, the recent bombshell was him confirming the inauguration of his political party.

Amidst teasing for years through his movies or otherwise, Rajini’s impending political party is the spicy limelight that has taken the Kollywood or south India in general by storm. However, his actions don’t seem as bewildered as the attention seeking news channels and he has recently seen driving around the Lamborghini Urus in the usual calm and collected manner, he is known to be.

The images of the Superstar behind the wheel of the ultra luxurious and powerful Lamborghini Urus did break the internet as it went viral. Claimed to be the first Super Sport Utility Vehicle in the world, the Urus has the behaviour and performance of a sports car alongside having the functionality of an SUV. Pictured alongside Rajinikanth are his daughter Soundarya, son-in-law Vishagan and grandson Ved. 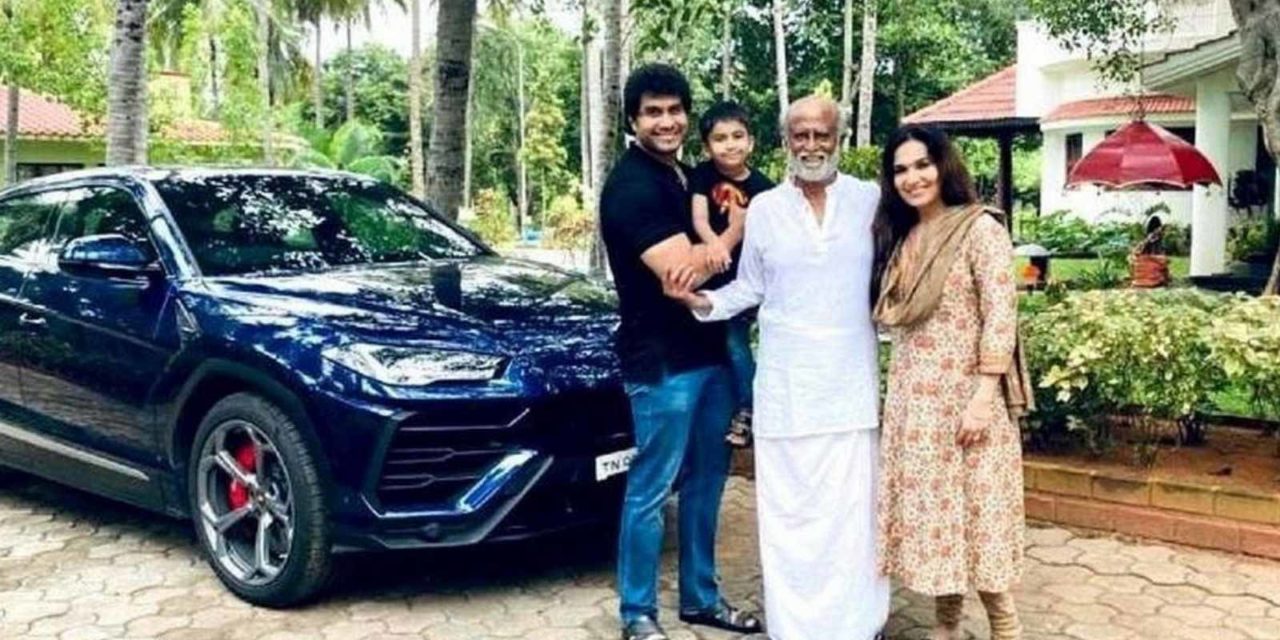 Rajini’s garage comprises of a BMW X5, Toyota Innova, Premier Padmini and HM Ambassador. While we won’t go too deep on the celebs, it is always nice to see Rajini being as humble as he often be wearing white outfit. Moreover, wearing the mask did receive plenty of applause on social media as well.

The dark blue coloured Urus is owned by his son-in-law and is powered by a 4.0-litre twin turbocharged V8 engine producing 650 hp maximum power and 850 Nm of peak torque. The Urus is claimed to accelerate from zero to 100 kmph in just 3.6 seconds before reaching an electronically limited top speed of 305 kmph. The Urus is one of the well received Lambos in the domestic market in recent times and it was first introduced early last year.

The Urus is equipped with an eight-speed automatic gearbox and it weighs close to 2.2 tons. It is even quicker than the original Murcielago and uses 440 mm carbon ceramic front disc brakes – largest for a production car.