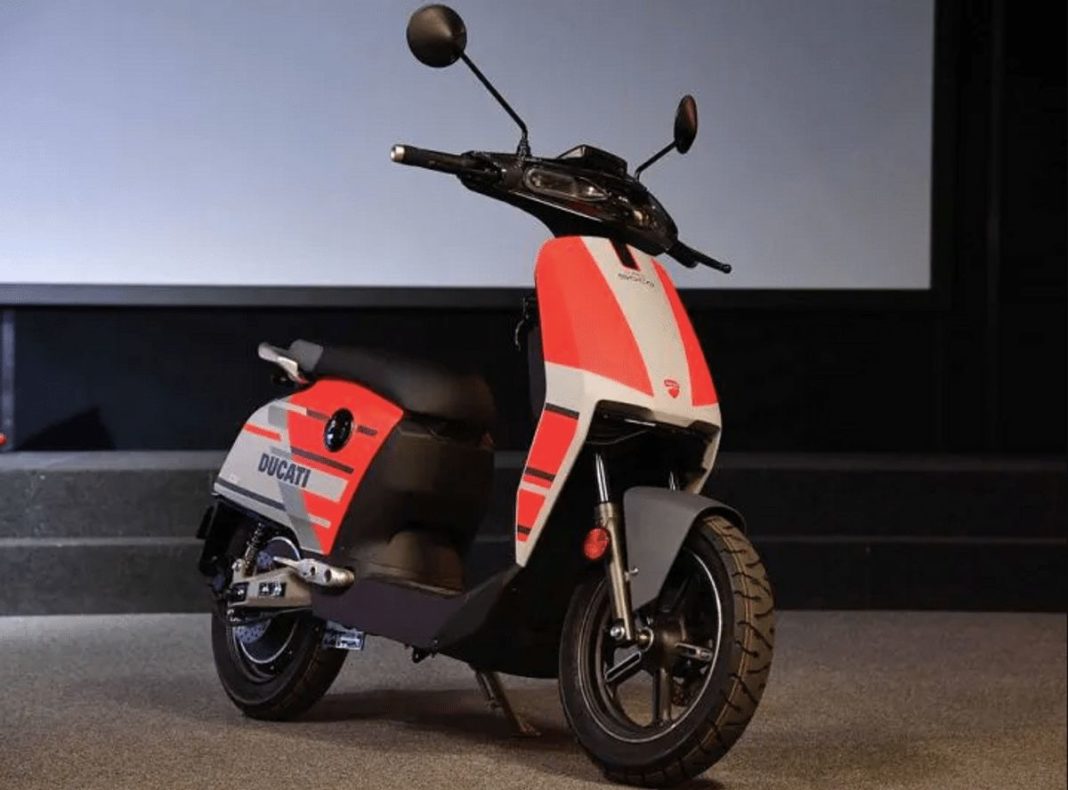 Super Soco CUx Ducati is powered by 30 Ah lithium battery pack with a range of 75 km and it is priced at Rs. 2.06 lakh

The company hasn’t made any changes to the design of regular CUx as the only difference is the new Ducati theme as the electric scooter is finished in white and red livery of the Italian manufacturer. The CUx Ducati is priced at a premium of 2299 pounds, which is around 2.06 lakh and it is one of the most expensive electric scooters.

The CUx Ducati gets its power from 30 Ah lithium battery and the power output is 3.6 hp but the scooter offers impressive torque output of 130 Nm. The company has given a Bosch electric motor with a maximum output of 2,700 watts. The instant acceleration of the scooter is similar to Ducati performance bikes. 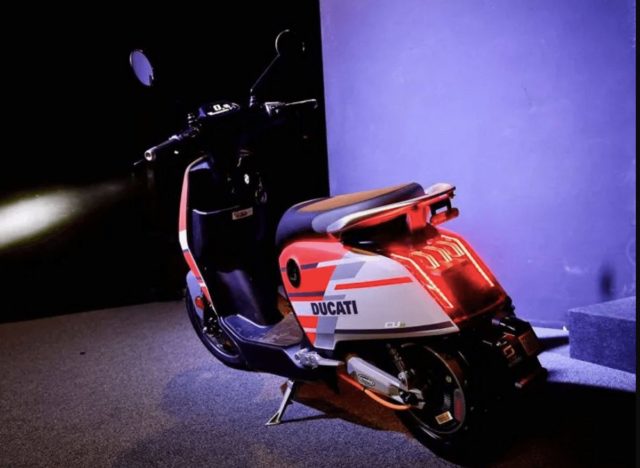 But the top speed is just 45 km like other electric scooters and the range is just 75 km. The Super Soco CUx takes just 3.5 hours to charge completely and the scooter comes with fast charging. The braking duties are taken care by 180 mm disc at both ends with EBS and the scooter takes just 1.8 m to stop completely.

The design theme of the electric scooter is modern as the headlamp is a full LED unit, which offers 75 m visibility. Super Soco has given a high definition night camera in the front of the scooter and it is displayed on the instrument cluster, which is fully digital and it gives lots of information like speed, range details and more.