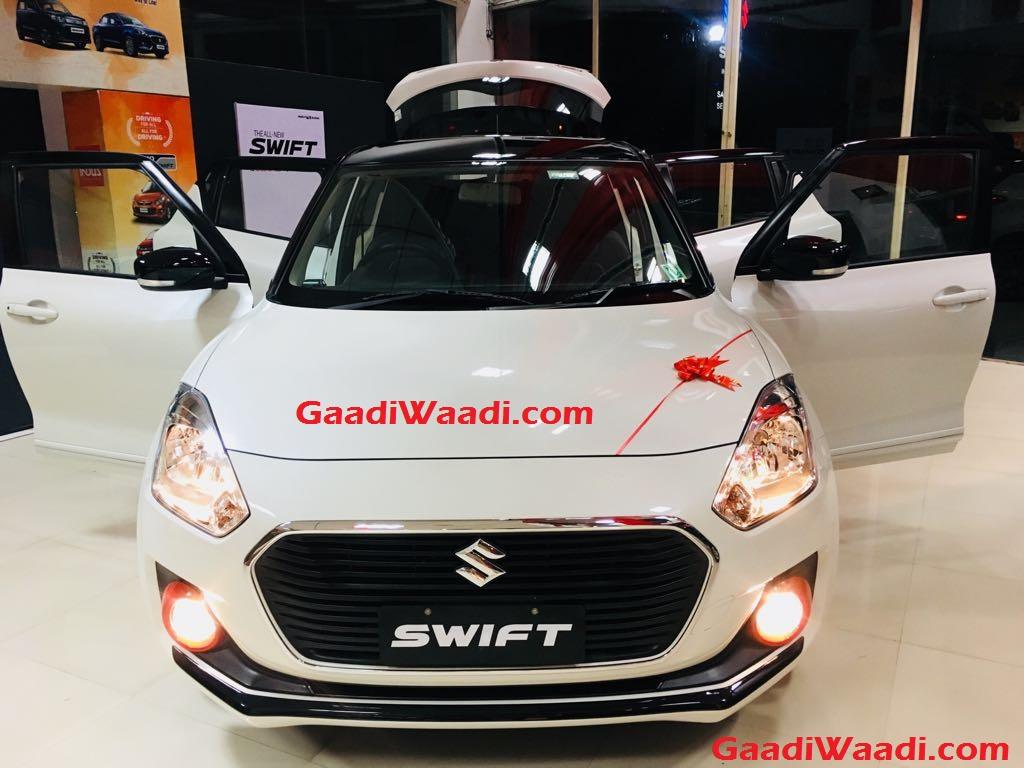 The iCreate customisation program has been introduced by Maruti Suzuki in an aim to make every example of the same car unique to the buyers. The platform is supple and interested owners can choose a variety of options. The new generation Swift is an eyecandy and it fits the bill perfectly for personalisation as its previous iterations. Maruti Suzuki was well aware of that and introduced a slew of accessories on its website under the iCreate banner.

Customers can simulate their Swifts with the help of an online configurator and like Ignis and Vitara Brezza, it gets a range of body wraps, sporty body kits, customised interior and seat design among others. At the recently concluded 2018 Auto Expo, some of the personalisation options were adorned on the Swift for spectator viewing. The list of roof wraps include Wave Runner, Carbon Bolt, Beat Rider, Energetic Sprinter, Electric Dash and Wing glider. 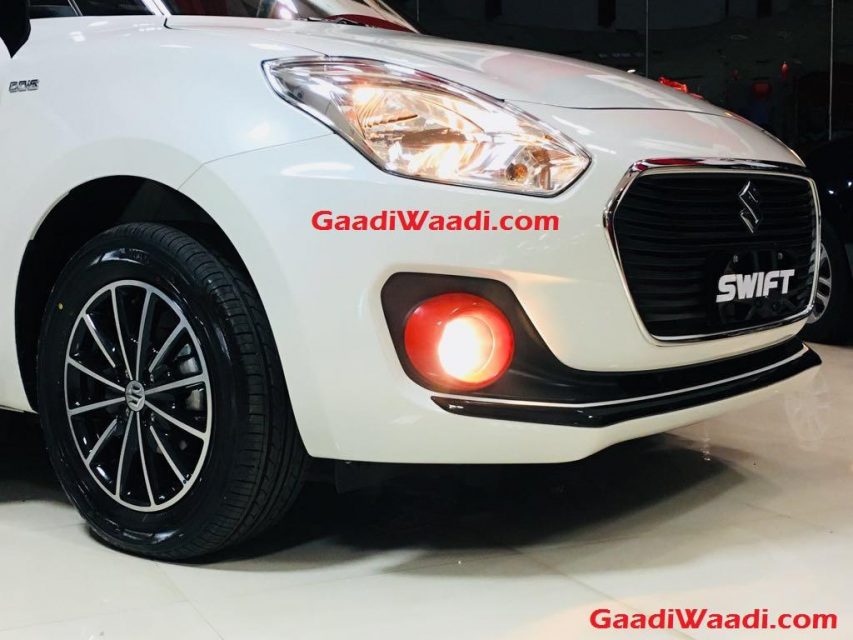 Available in all grades, the individual roof wraps come at a price Rs. 10,000 each while the body kits comprise of side skirts, roof-integrated spoiler and low lip spoiler enhancing the overall aggressive stance of the hatchback. The spoilers up front, side and rear are priced totally at Rs. 16,650 while the roof spoiler costs Rs. 3,490. The pictures we posted here are taken at a showroom and they reveal how tasty the iCreate kits will look like in the real world.

Badged ‘Sports’, the Swift wore a dual-tone white and black colour scheme on the outside. The white body colour is complemented by the blacked-out roof, pillars and ORVMs. The front grille surrounds and lip blade are garnished in chrome while the circular fog lamps have red highlights. The exterior stance is further accentuated by multi-spoke alloy wheels and roof-mounted rear spoiler along with other red and black accents. 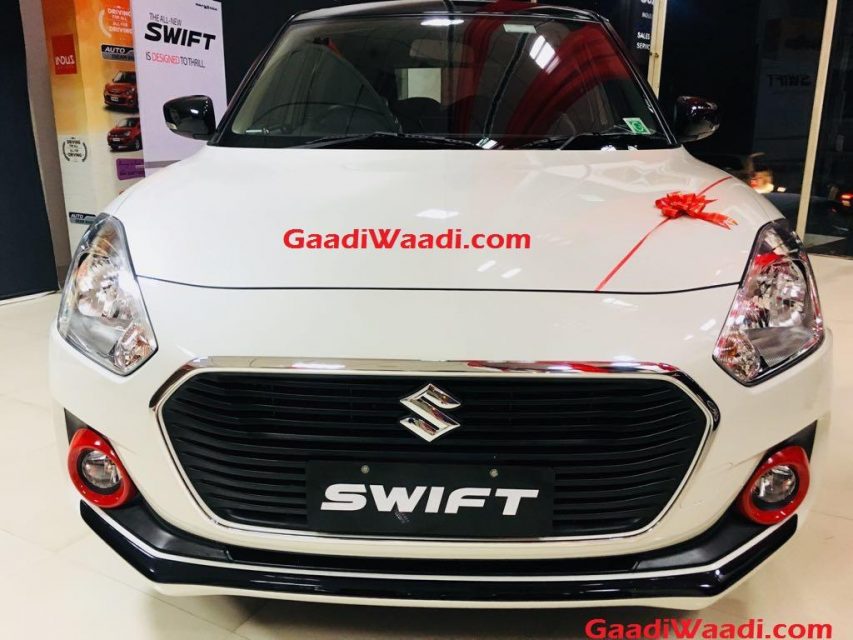 There are several interior customisation options provided in the iCreate platform as well ranging from Fire Red, Bark and Carbon Finish to Brushed Aluminium design elements. Like the exterior kits, they can be ordered for any variants across the new Swift’s range. As much as eight different seat covers with varying textures and colours to synchronise with the exterior are also sold for the new Swift.