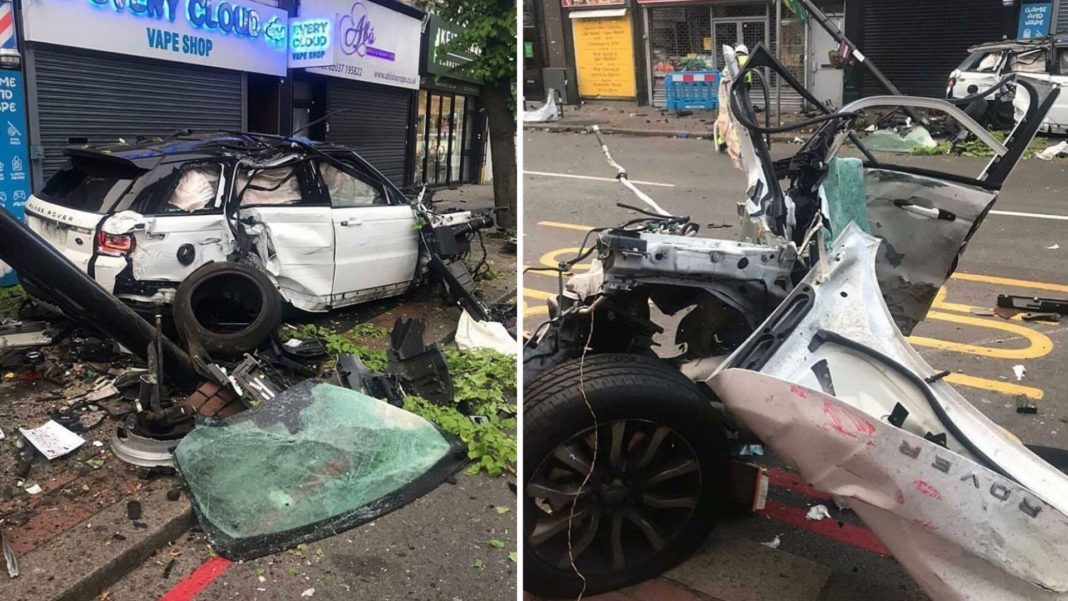 The crash happened early morning in south London as bonnet, tyres and engine were thrown out of the Range Rover with sudden impact

A horrific crash had happened on Brighton Road in Purley, south London a few days ago and we brought it to your attention due to a number of reasons. Two guys stole a Range Rover and drove fast before crashing within fifteen minutes of nicking the luxury SUV. The joyriders were said to have used ‘cloned key’ to steal the vehicle shockingly.

The suspected duo ended up smashing onto the lamppost at 3:30 am on Monday and they stole the Range Rover Sport from the nearby Smithams Down Road. Seeing the pictures you could wonder how they had survived and the CCVT footage was nothing but shocking as he swerved on towards the lamppost and hit hard making a huge impact as bits and pieces flew off the car.

The wreckage was scattered and the engine could be witnessed lying outside a post office as it was thrown due to the sudden impact. It was reported that both the thieves escaped unscathed. Police arrested a man before releasing him without charges and they are looking for another one. The Range Rover Sport nearly broke in half and the front end was nowhere to be seen. 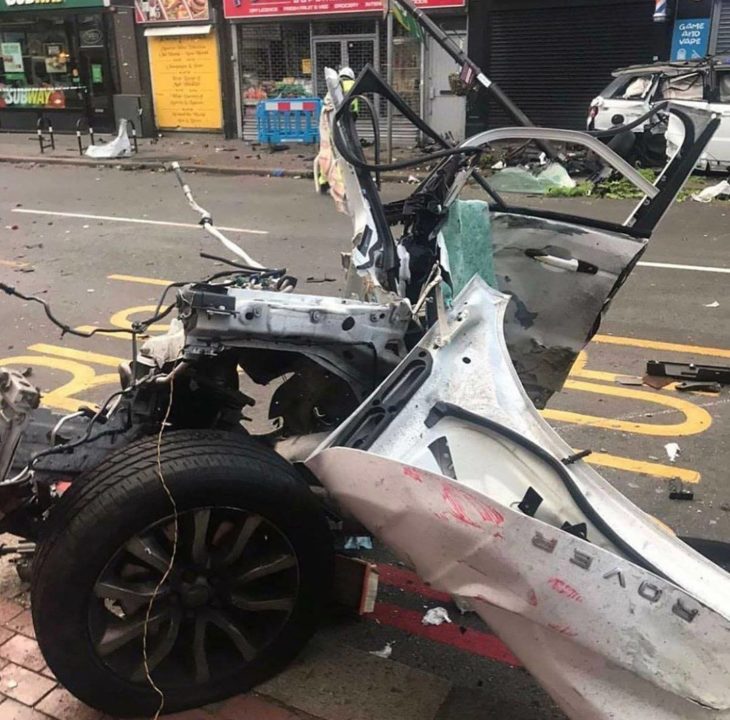 While the engine was found near a post office, the bonnet and tyres were somewhere around the bus stop. The front left hand side portion of the luxury SUV detached in the crash and it was lying next to a bus stop as well.

Since the incident happened early morning, there were no injuries to the pedestrians or people in adjacent shops or the coming traffic as Brighton Road is a trunk road that connects south Croydon to Brighton. While search for the thieves who escape from the horror accident is on, the images demonstrate the importance of owning a safe car. 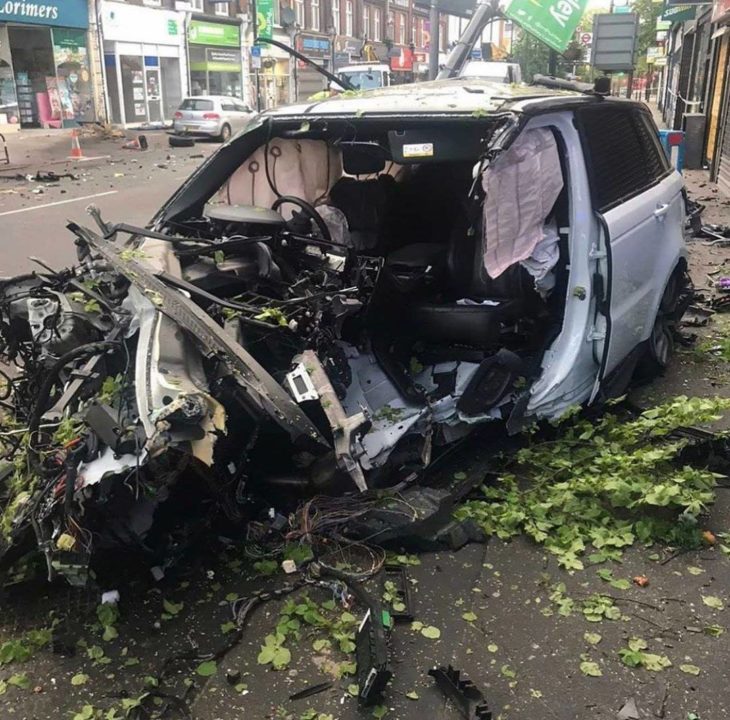 Even if we drive in a safe manner, we do not know what is coming at us and there are only a few circumstances we could actually react to avoid as everything happens too fast. Never shy away from owning a car packed with safety features and assistive technologies as they could save you one day!