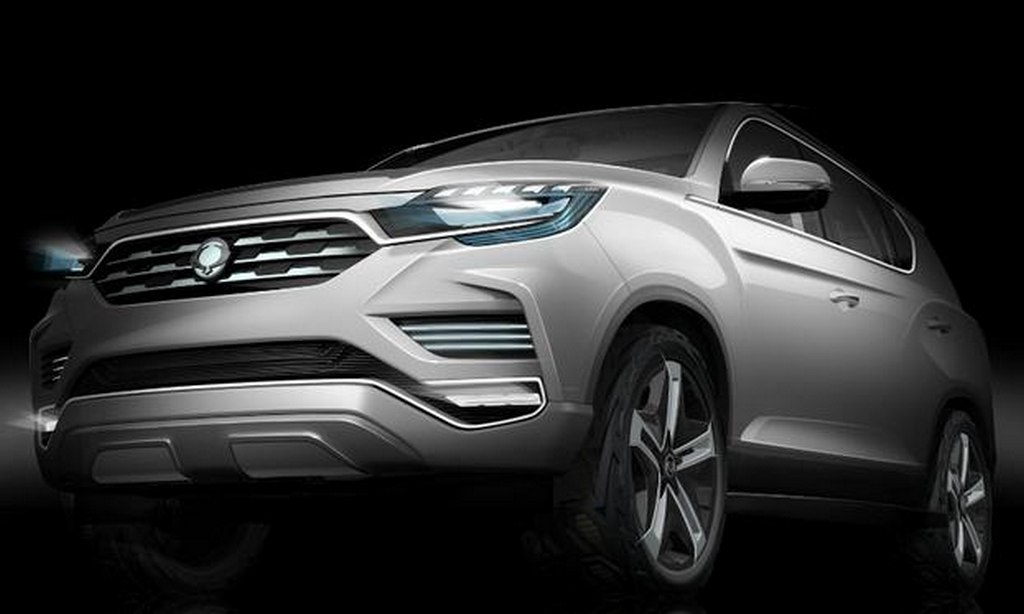 SsangYong, the subsidiary of Mahindra and Mahindra Limited, will be lifting the cloak off a brand new concept at the fast-approaching 2016 Paris Motor Show. Dubbed as LIV-2, the concept will be previewing the all-new Rexton SUV which will be introduced worldwide sometime next year in production form.

The LIV-2 concept has been reported to be having close alliance with the road-going Rexton. It will be equipped with more premium interiors and have added features in comparison to the existing generation of the SUV which first came to the fore at the start of the millennium. The LIV-2 is an evolution of the LIV-1 concept showcased back in 2013 and it stands for Limitless Interface Vehicle. It will be built on a body-on-frame structure enabling better off-roading capability and towing capacity. SsangYong is known for using monocoque chassis to build its SUVs for higher strength and rigidity and for better on-road handling and refinement.

The new Rexton will derive power from the 2.2-litre diesel motor or a 2.0-litre turbo-petrol engine. The highlighting feature of the LIV-2 will be the displaying of “advanced communication technologies,” said SsangYong in a statement. Going by SsangYong’s time-frame, the production Rexton could come alive at the next Geneva Motor Show. The new Rexton will be the second product to be launched by the South Korean manufacturer since Mahindra and Mahindra bought stakes in them in 2011. The Tivoli compact SUV has been an instant hit in Europe and is the brand’s top-seller which paved the way for Tivoli XLV, an extended version of the original SUV earlier this year.

According to market researchers JATO Dynamics, since the launch of Tivoli, SsangYong’s sales rose by 68 percent in the first half of the year to 10,298 examples. Rexton grew from 1,125 units to 1,164 comparitively while Tivoli’s retailing figures were up by 696 units with 5,686 units to become the brand’s best-selling model in Europe.