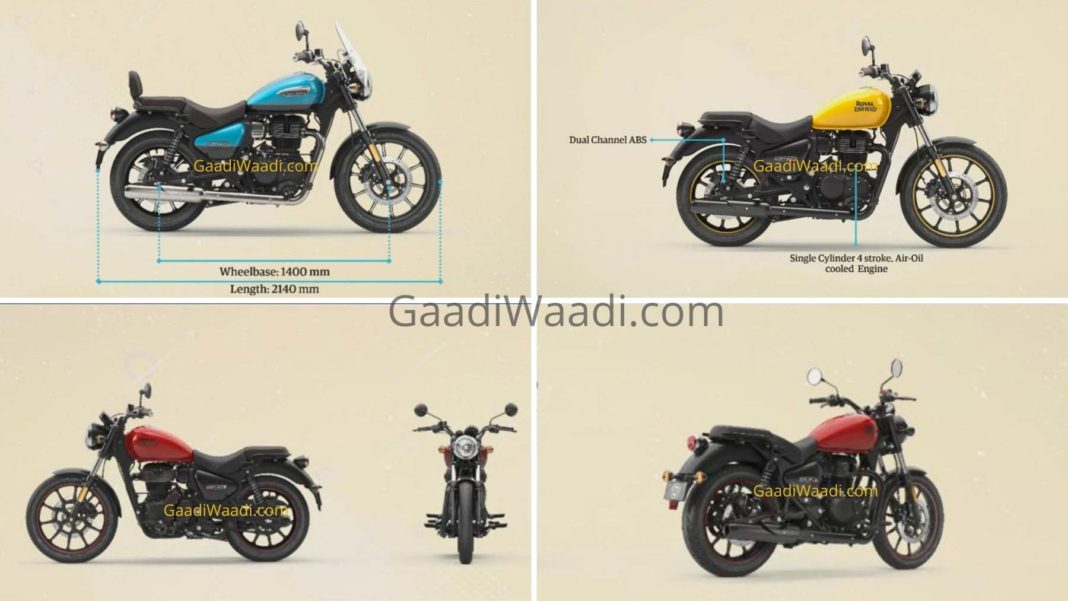 Royal Enfield Meteor 350 has been on the headlines over the last several months as the regular spotting of test mules were followed by leaked documents revealing its variants, engine and specifications and other details. Even its scale model that will be retailed as official merchandise also came up on the internet further fuelling the anticipation of its launch.

The Meteor 350 will replace the existing Thunderbird 350 and Thunderbird 350X in the brand’s domestic lineup and it gets evolutionary exterior updates. It will be offered in a total of three variants namely Fireball, Stellar and Supernova. The cruiser is based on the all-new J1D architecture and it will spawn a series of new motorcycles including the next-gen Classic 350 and the Street Twin styled Hunter.

The motorcycle derives power from a new 346 cc single-cylinder four-stroke air and oil cooled engine with SOHC (Single Over Head Cam) setup and compared to the existing motor, it develops 0.4 bhp more power but the torque reduces by 1 Nm. It is good enough to generate a maximum power output of 20.2 bhp and 27 Nm of peak torque. 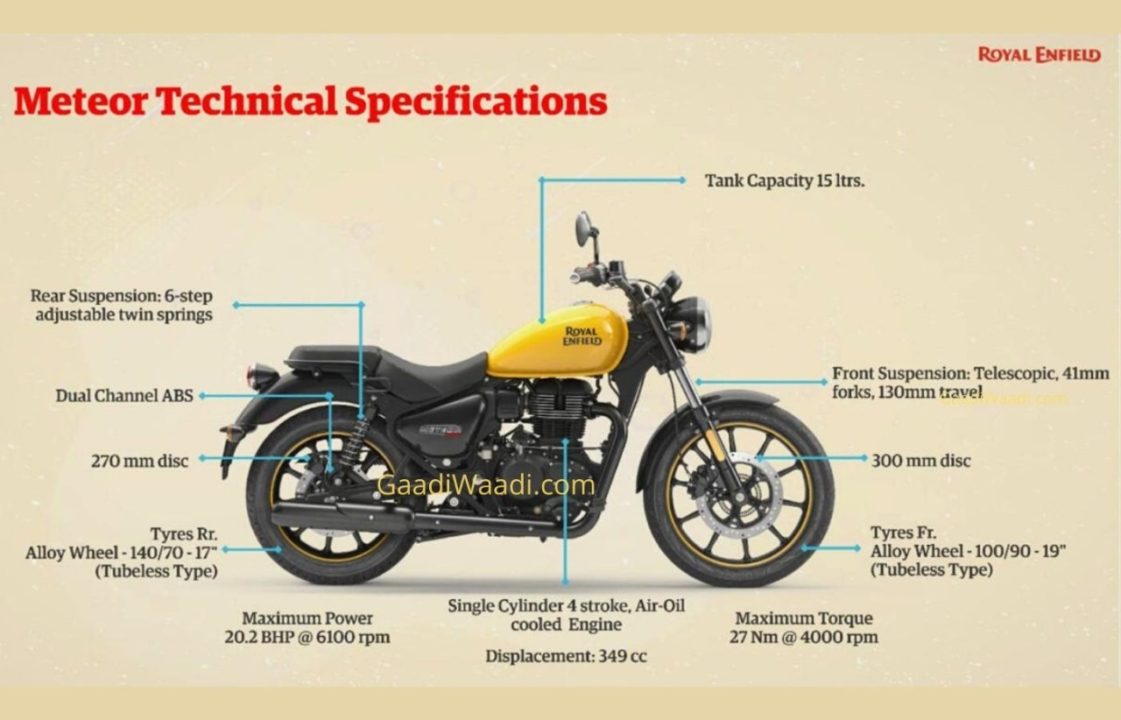 The engine is said to enable higher fuel economy while the responsiveness and immediacy are expected to be improved as well. The powertrain is paired with a five-speed transmission as before but is claimed to be brand new. The smoother gearbox and the new clutch has less moving parts for reduced friction and, in turn, helps in improved refinement and longevity.

The Meteor 350 has an overall length of 2,140 mm while the wheelbase stands at 1,400 mm (both significantly longer than Thunderbird by 80 mm and 50 mm respectively). Both should translate into offering better comfort for the rider as well as the pillion on long rides. As much as seven colour schemes including two dual-tone shades in the Supernova will be on offer. 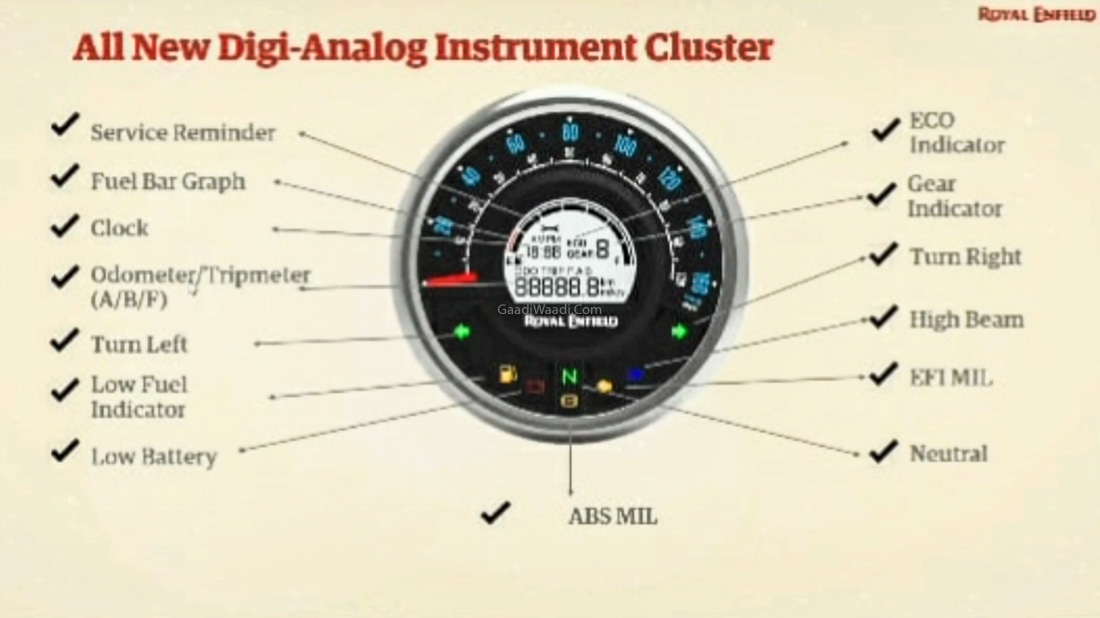 It must be noted that the Fireball gets glossy yellow and red solid colours while the Stellar comes with metallic red, matte black and metallic blue colours. All the three variants get ‘Tripper Navigation’ as standard – a Bluetooth-enabled turn by turn navigation displayed on a coloured screen.