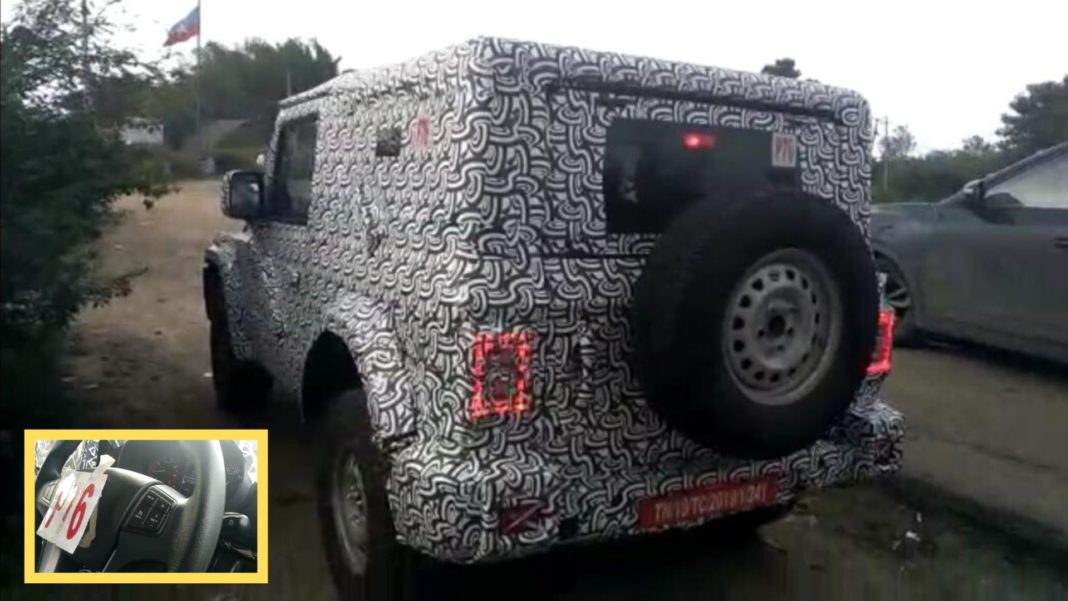 The second generation Mahindra Thar will go on sale this festive season and it will be powered by a new 2.0-litre petrol and a 2.2-litre diesel engine

Mahindra & Mahindra is preparing to launch a slew of new products in the Indian market as the next generation Thar will go on sale in the coming months, more precisely around October. It will be followed by the second-gen XUV500 in the early parts of 2021 before spawning a Ford C-SUV while the all-new Scorpio is set to arrive in the second quarter of next year to give Mahindra a thoroughly refreshed lineup of its popular models.

Over the last several months, we have seen the upcoming Mahindra Thar being put to test in different elevation and surface conditions. The new Thar is expected to have bigger proportions than its predecessor and it will be offered in multiple seating and roof configurations. The video attached below shows the production-ready Thar wearing camouflage as the exterior as well as the interior are caught on camera giving all the necessary details.

As for the design, the upright front fascia, tall pillars and elements emphasising its traditional off-roader stance will be retained. The styling has indeed gone through an evolutionary approach as the Thar boasts aggressive bumper, circular headlamps, horizontal LED DRLs mounted on the fender, vertically positioned multiple slats, and rectangular LED tail lamps are present.

Besides the exterior updates, the interior has undergone a complete overhaul with new equipment and more premium cabin finish on board as it has to compete against the forthcoming Maruti Suzuki Jimny and next-gen Force Gurkha. Some of the key features include a large touchscreen infotainment system with Apple CarPlay and Android Auto connectivity, MID, new steering wheel with mounted controls, cruise control, electrically foldable ORVMs, multiple USB ports, new seats, control knobs and dashboard.

It will be powered by the 2.2-litre mHawk diesel engine uprated to develop a maximum power output of 140 horsepower and it will be paired with either a six-speed manual sending power to all the four wheels or a six-speed AISIN-sourced torque converter automatic transmission. The diesel auto will make its debut in the Thar for the first time.

The newly developed 2.0-litre mStallion four-cylinder turbocharged direct-injected petrol motor will also be sold and it will be hooked with a standard six-speed manual and an automatic transmission. With better off-roading characteristics, more upmarket features, comfort and convenience as well as connectivity, the new Thar is expected to make a huge impact upon arrival.