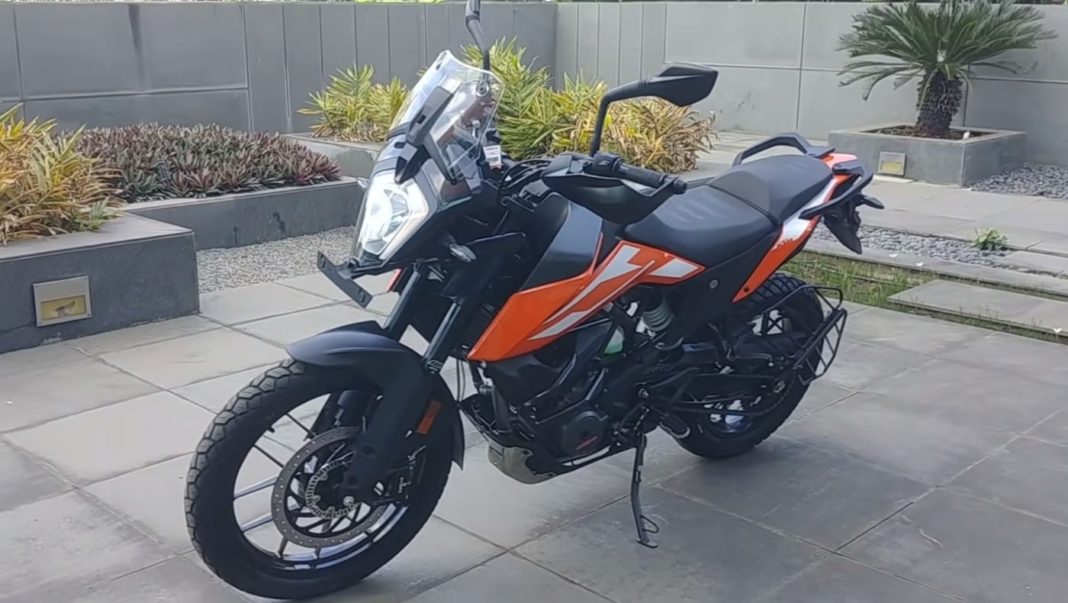 Here, we have a comprehensive walkaround video of the KTM 250 Adv, which is expected to launch by the end of this month

At the beginning of this year, KTM launched the 390 Adventure in India. The motorcycle has managed to garner a largely positive response, and is enjoying a lot of popularity in our market. The biggest criticism of the 390 Adventure is its pricing (Rs. 2.99 lakh, ex-showroom, New Delhi), which has kept it away from the reach of many enthusiasts.

For enthusiasts on a slightly lower budget, KTM will soon be introducing the 250 Adventure. The new bike has already arrived at a few dealerships across India, and is expected to launch in the coming weeks. Here, we have a video, by GearFLIQ, which walks us through the design and features of the upcoming KTM 250 Adv.

The biggest difference between the 390 Adv and 250 Adv is the headlamp unit. While the former has an LED cluster (similar to the 390 and 250 Duke), the latter comes with a halogen headlight with LED DRLs (like on the 200 Duke). This is also the easiest way to differentiate between these two models. Other than that, you get an adjustable windshield and dual-purpose tyres on the 250 Adventure.

The body panels of the 250 Adv are the same as its 390 sibling, but with slightly different graphics. The LED taillamp, LED indicators, rear-view mirrors, and even the seats remain unchanged. The instrument console, however, is a monochrome LCD unit, not a colour TFT display like on the 390 KTMs. To further reduce costs, KTM isn’t offering traction control, riding modes, cornering ABS, and navigation on the 250 Adventure.

It does get switchable dual-channel ABS though, along with crash protection bars, sump guard, knuckle guards, a 12-Volt charging socket, and the mandatory saree guard. The front wheel of the 250 Adv will be a 19-inch unit, while the rear wheel will be a 17-inch unit. The suspension duties will be handled by USD fork at the front and a monoshock at the rear.

Powering the KTM 250 Adventure will be the same 248.8cc, liquid-cooled, single-cylinder engine as the 250 Duke. This motor can belt out a maximum power figure of 30 PS and a peak torque figure of 24 Nm, and will be paired to a 6-speed transmission, with a slipper and assist clutch. The price is expected to soar around the Rs. 2.4 lakh mark (ex-showroom).