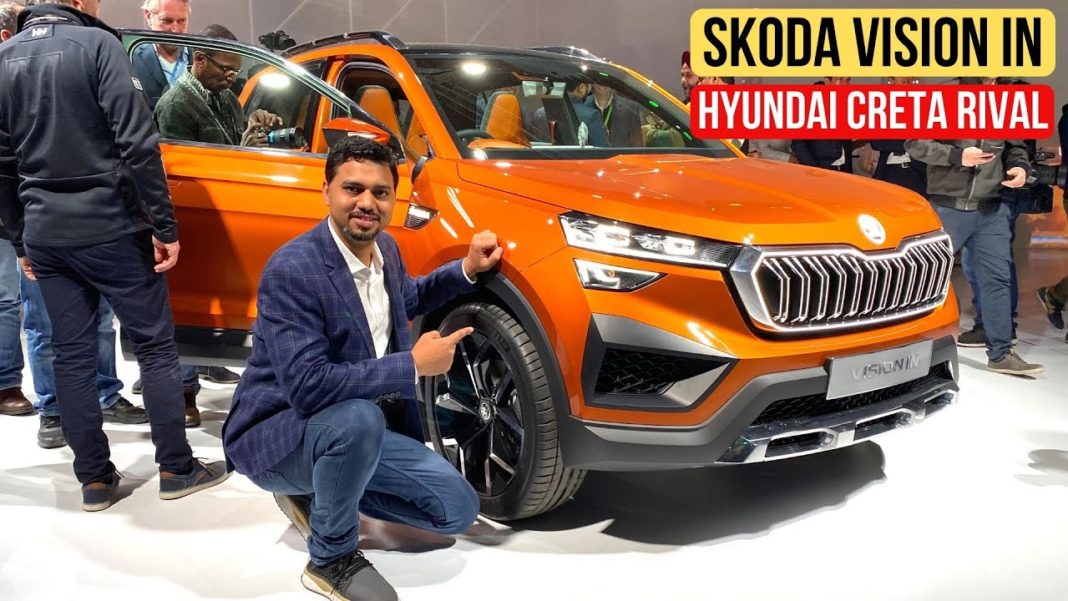 Skoda Vision IN concept was unveiled alongside Volkswagen Taigun amidst much fanfare at an event in New Delhi, the new models are a part of the company’s India 2.0 strategy

Think again if you ever thought that Skoda Auto India and VW India have given up on the Indian market and would stay contended with the meagre sales that they register every year. The duo have planned aplenty for the local car market under their India 2.0 strategy, which will see Skoda leading the charge. Under this plan, Skoda Auto Volkswagen India Pvt Ltd unveiled two models at a high-voltage event in Delhi recently. Seen in our walkaround video is the new Skoda Vision IN concept that will spawn out a production version by 2021.

The Skoda Vision IN is based on the much publicized MQB A0 IN platform, which is an India-spec version of the company’s highly successful MQB platform. While the VW Taigun, which is the sister brand’s offering based on the new platform, has been unveiled in a near-production stage, the Vision IN is currently in concept stages.

The Skoda Vision IN measures 4,256 mm in length and has a wheelbase of 2,671 mm. Its height stands at 1589 mm. Powering the SUV is the company’s 1.5-litre turbo-petrol engine that produces a maximum power of 150 PS and a peak torque of 250 Nm. A highlight of the powertrain is its 7-speed DSG that works on shift-by-wire technology.

The exterior highlights of the SUV concept include stylish LED headlamps and taillamps, and a huge grille that is also illuminated through a set of LEDs. The bumper looks quite muscular and adds a touch of sportiness to the design. Other details of the package include a sculpted bonnet, which is typical of Skoda cars, a set of 19-inch wheels and black body cladding on the sides.

The interior of the Skoda Vision IN will be as radical as the exterior. It will have a colour-coordinated trim and a centre console that runs all the way to the rear seats. Speaking of the rear of the cabin, it has two captain seats instead of a bench. Features of the new model include an all-digital instrument cluster, three-spoke flat-bottom steering wheel, crystal element on the dashboard and seat upholstery made of Pinatex, which is made out of pineapple leaves. 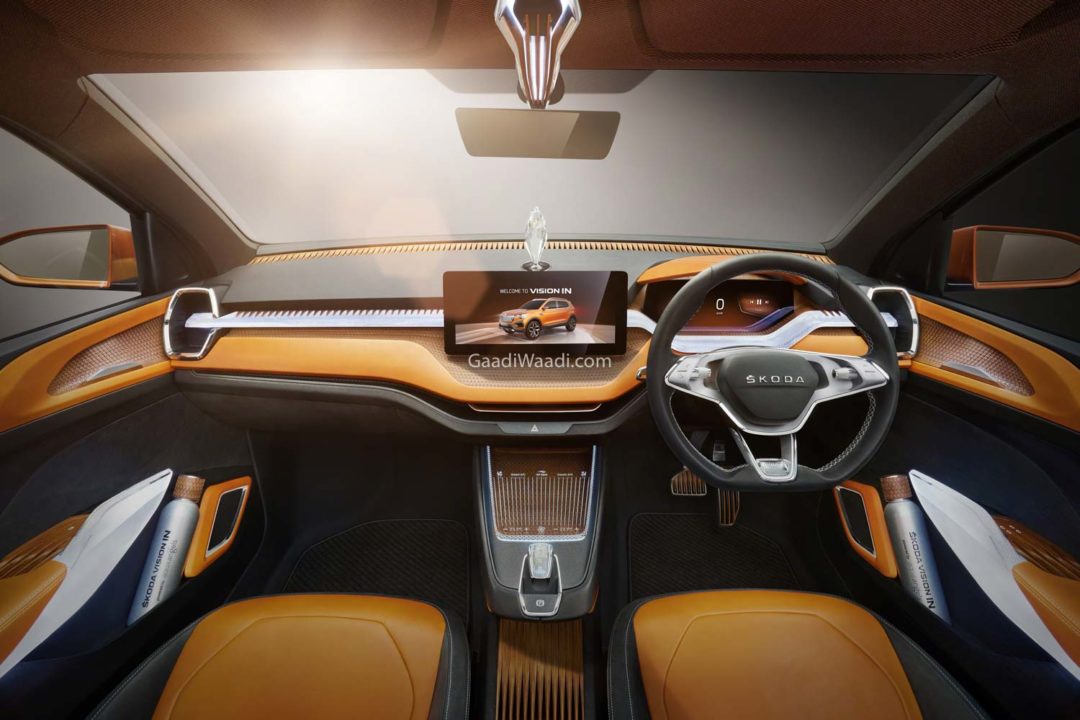 Once launched, the production version of the Skoda Vision IN will become the most affordable SUV from the Indian subsidiary of Czech carmaker. It will go on to rival the likes of Hyundai Creta and Kia Seltos.