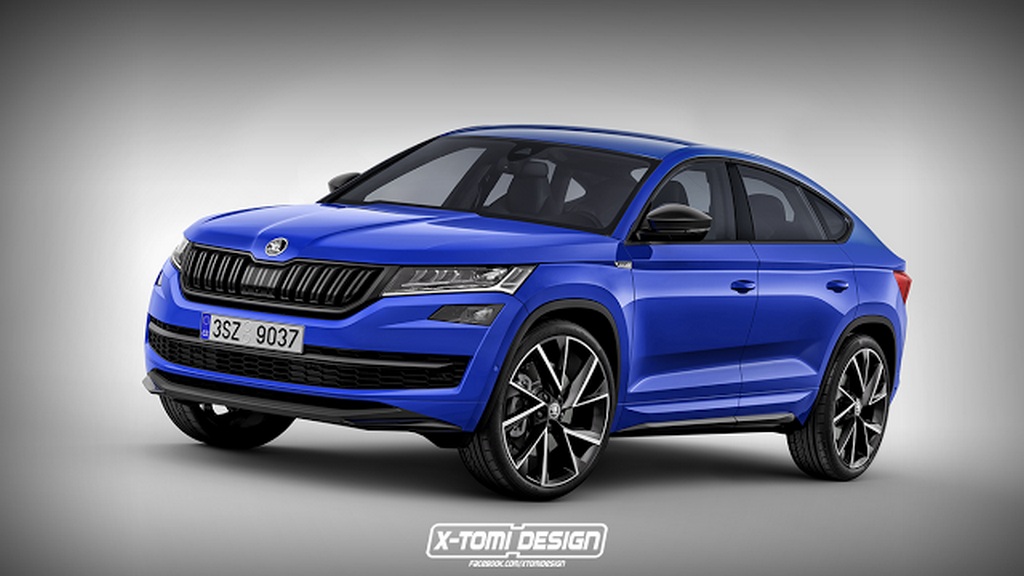 Skoda released official preview sketches of the Vision E concept a few days ago. The Volkswagen-owned auto manufacturer says the design of the new concept has been inspired by Czech crystal glass art. While we might have to wait until Auto Shanghai 2017 show in China this month to find out how much their claims are true, reports surfaced on international media puts the finger on a possible preview of the Kodiaq Coupe.

Based on the official preview of Skoda Vision E concept’s silhouette with coupe-ish roofline and the actual Kodiaq, X-Tomi Design has come up with a sporty rendering of the Kodiaq Coupe. Skoda introduced the flagship Kodiaq premium SUV with much anticipations carried on its shoulder. The global model has received good response in international markets and is expected to India towards the end of this year. 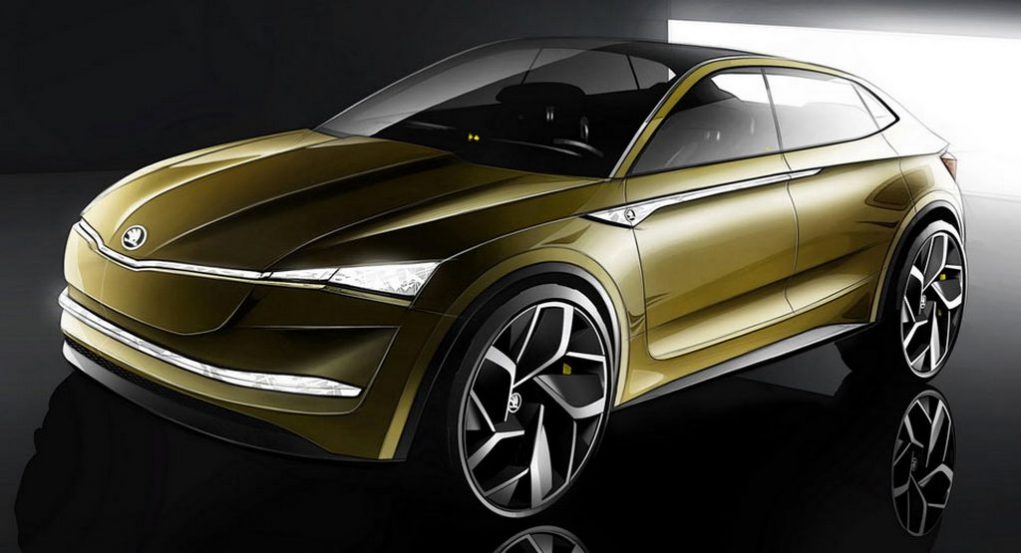 It is offered in five as well as seven-seat configurations but the possible Kodiaq Coupe will be a five seater with decreased luggage volume due to its body style commanding a sloped roofline. The popularity of SUVs and crossovers have skyrocketed in recent times leading to manufacturers working on new segments to cater the demands of customers.

The part-coupe part-SUV segment has born as a result of that and many premium brands are taking advantage of its dual-purpose nature of being a capable off-roader and giving sporty performance of a coupe. The Skoda Kodiaq Coupe was earlier reported to be a model exclusively made for China but realising the potential, Skoda decided to broaden its image and planned to consider it for European markets as well.

Based on the MQB platform as its SUV cousin, the Kodiaq Coupe will likely go on sale in China by 2019. The Czech Republican automaker could introduce a plug-in hybrid version of the Coupe to further elevate its appeal among environmental cautious customers. Skoda already revealed that the Superb sedan will get a plug-in variant before the end of this decade.
Source: X-TomiDesign