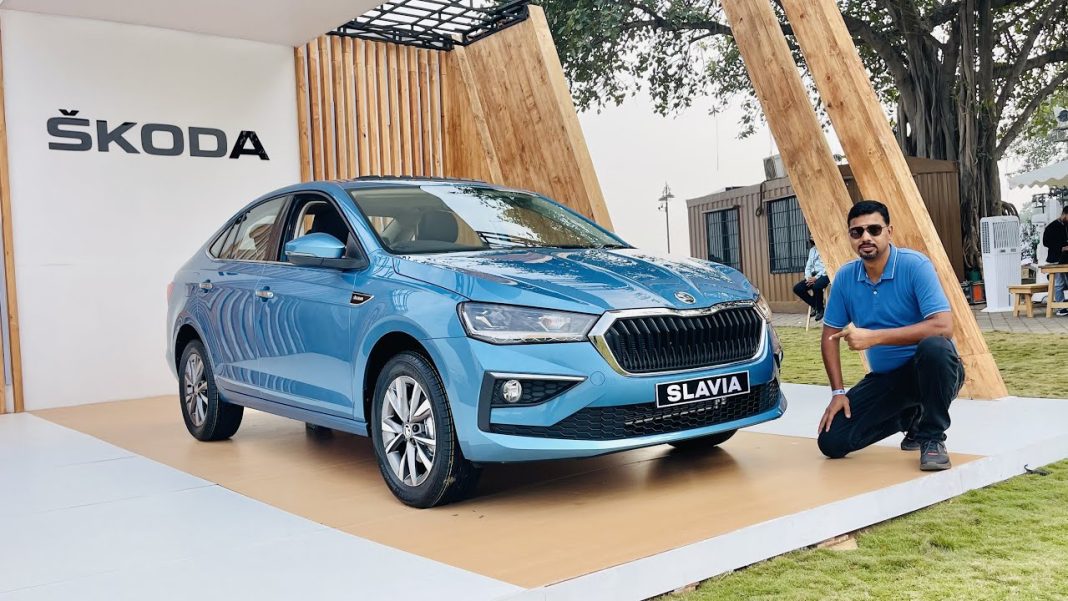 Czech carmaker Skoda introduced the Kushaq SUV in India last year, and this year, it launched the Slavia sedan here. Both vehicles are brilliant products, offering powerful yet frugal engines, impressive features and equipment, upmarket styling, good space and comfort, etc. However, a lot of owners have been dissatisfied with one particular aspect of the vehicle – its AC system.

Several Kushaq and Slavia owners have reported that the air conditioning on their vehicles is not performing well. The issue has even been reported for automatic climate control systems, which is a little surprising. In fact, some people even stated that they have to manually adjust the fan speed otherwise the AC ends up heating the car.

We analysed several posts and reached out to some of these people. The replies we received were varied; some people reported that their AC has to be on full blast even for a moderate amount of cooling. Pranav Sampat, a Skoda Slavia owner, has voiced his complaints elaborately online. 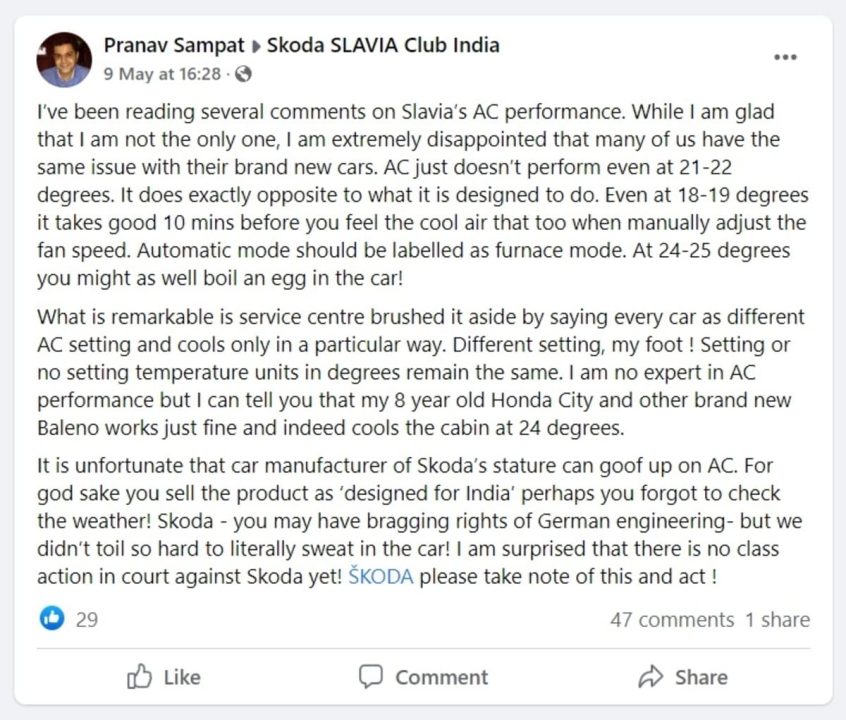 Dinesh Gaur, a Kushaq owner, writes that his car takes around 30 minutes to cool down if parked in the sun prior to turning on. Yes, Indian summers are brutal, but considering the price of these vehicles, dissatisfactory HVAC performance is disappointing. Some owners have reported the issue to service centres, but to no avail. We are not sure if this issue is universal though, as some people have pointed out that they are happy with the cooling offered by their cars. 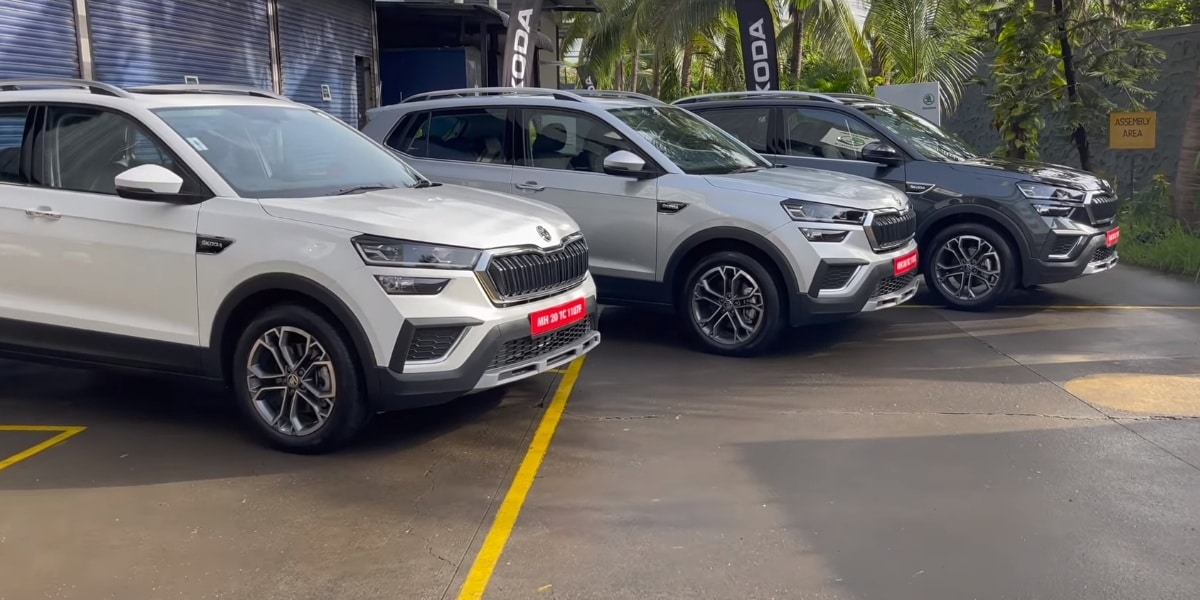