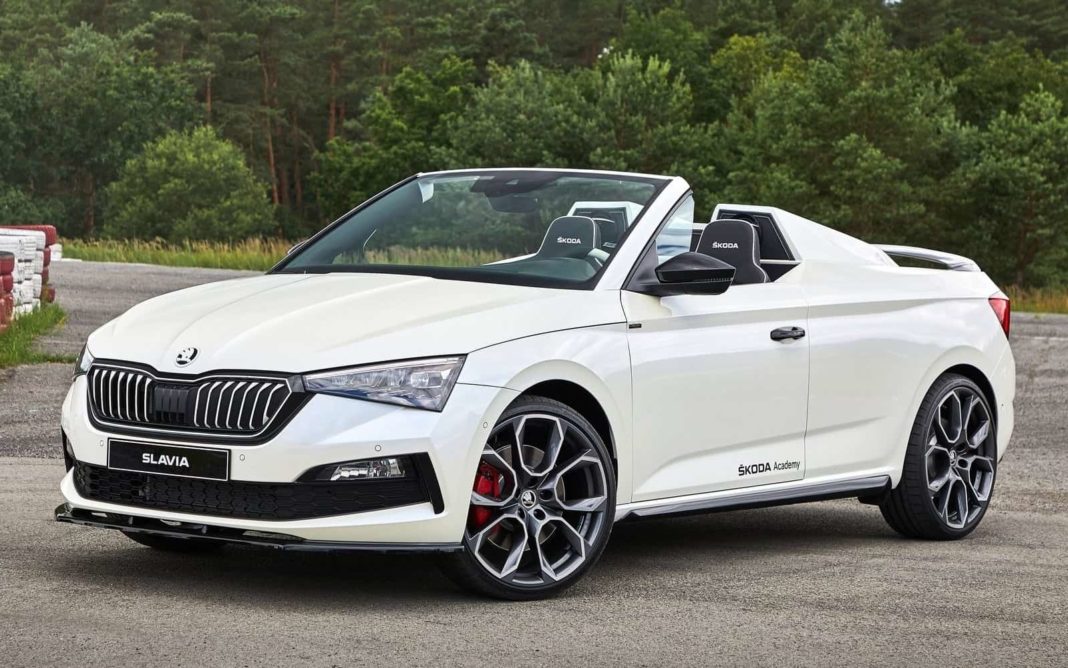 The Skoda Slavia concept is created by a team of twenty-six boys and five girls, all students of SKODA Academy

Skoda has recently unveiled the Slavia, a concept car built by students of SKODA Academy as a part of the AZUBI annual project. The concept car was built to commemorate Skoda’s 125-year anniversary, and was named after the first bicycles built by the founders of Skoda, Václav Laurin and Václav Klement.

The Skoda Slavia concept looks extremely beautiful, especially for a car built by a team of young students. The inspiration for the design came from the 1957 Skoda 1100 OHC, which was an open-top racecar. It is a heavily redesigned Scala hatchback which is noticeable in its design. The front-end of the car bears the maximum resemblance to the donor car, especially with the triangular headlamps, LED fog lights, wide air-dam, and vertically-slatted front grille.

The side profile is a little stubby, due to the short bonnet length and the long tail section. Just like a majority of roadsters, the Slavia is a two-door, two-seater vehicle, with an extremely lightweight body (1,210 kg). The resemblance to Scala continues at the rear end, with the inverted L-shaped taillights. There a blacked-out spoiler added to the tail, which gives a sporty touch to the design.

Powering the Skoda Slavia is a 1.5-litre TSI petrol engine, which generates a maximum power of 150 PS and a peak torque of 250Nm. This engine comes mated to a 7-speed dual-clutch automatic gearbox as standard. You also get an 8.25-inch touchscreen infotainment system, along with a fully-digital instrument console and ambient lighting.

Alois Kauer, the man incharge of this year’s Skoda Academy, said, “We give them the chance to design this car of their dreams and get a taste of what it’s like to work with professionals from the company’s departments. One outcome of this is that they get an insight into the company’s workings while they are still students. Later, when they leave school and begin their career with us, they can put that to good use.” 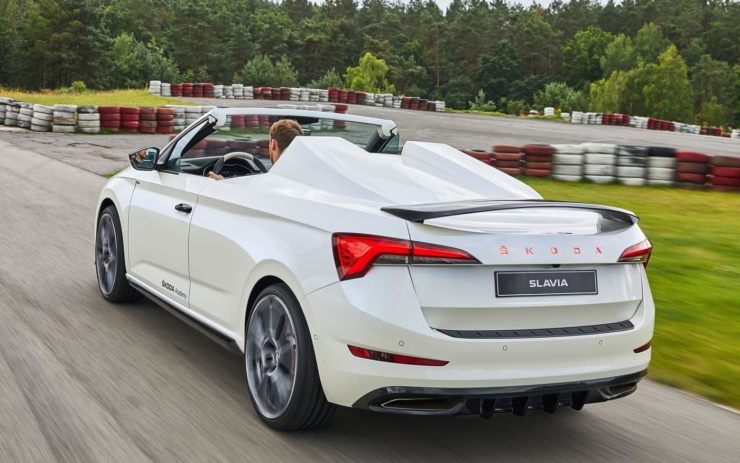 The Skoda Slavia concept looks absolutely brilliant, and we’d actually love to see it transform into a production model. As it is based on a pre-existing platform, it won’t be too hard to set-up a production line for it. Also, it could be an affordable convertible car for markets like India, where carmakers are currently mostly focussing on hatchbacks and compact SUVs. Sadly, this concept car will probably never see production, as it would be a very niche product.