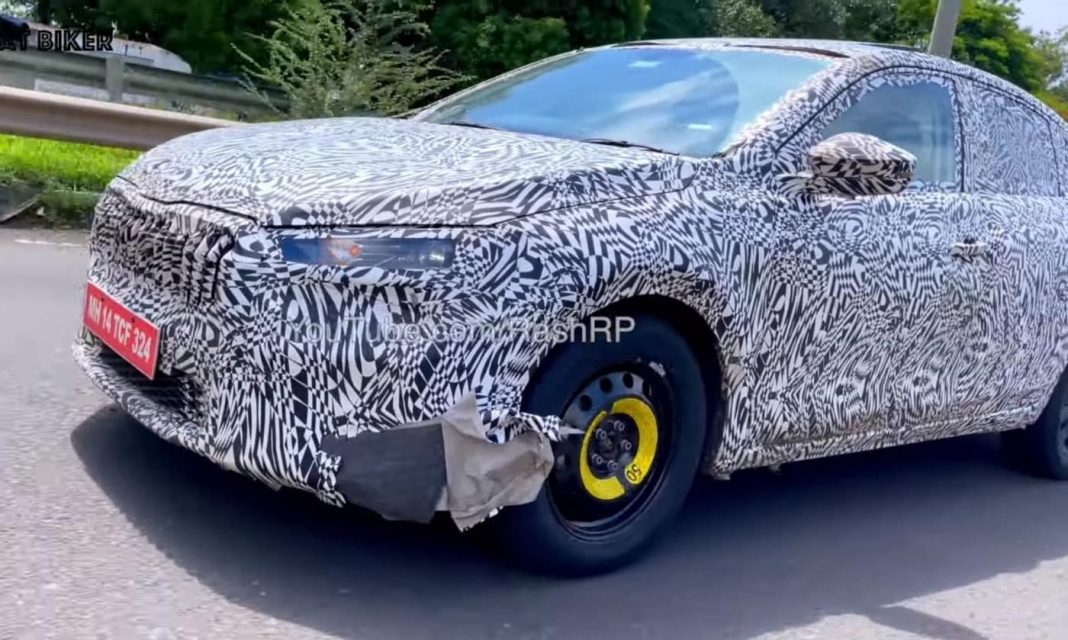 This upcoming Skoda sedan has been spied once again, cruising down a highway in India, wearing a heavy disguise. The spy video we have here has been uploaded by The Fat Biker on YouTube. Although the thick camouflage hides a majority of the design details, we can still notice a few things here. The sedan gets automatic LED headlamps at the front, sleeker-looking than the current Rapid, along with Skoda’s signature butterfly grille.

The vehicle will also get a pair of LED taillights, although their design is completely hidden here. The test model looks much larger than the current Rapid. As per speculations, this upcoming Skoda sedan will be 4,480mm long, and will have a 2,651mm long wheelbase. This longest-in-segment wheelbase should result in brilliant interior space, along with a segment-best boot space of around 530 litres.

It is expected to come loaded with features like a 10-inch touchscreen infotainment system, a fully digital instrument console (virtual cockpit), and six airbags. The test model also gets a multifunction steering wheel, with a two-spoke design. We also expect the vehicle to offer a wireless smartphone charger, ventilated seats, leatherette upholstery, and connected car tech.

The powertrain options of this upcoming Skoda sedan will likely be the same as the Kushaq SUV. There will be two engine options available – a 1.0-litre TSI petrol unit (110 PS/175 Nm) and a 1.5-litre TSI petrol unit (150 PS/250 Nm). A 6-speed manual gearbox will be standard on both engines, with an optional 6-speed torque-converter AT on the 1.0L TSI and a 7-speed DSG on the 1.5L TSI. 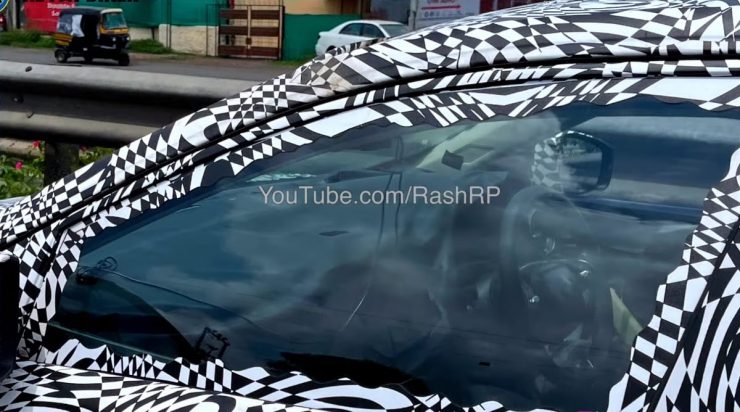 This upcoming Skoda sedan is likely to co-exist alongside the current Rapid, as a more premium alternative. It is expected to launch in the Indian market in early-2022, and its rivals will include Honda City, Hyundai Verna, Maruti Ciaz, etc.