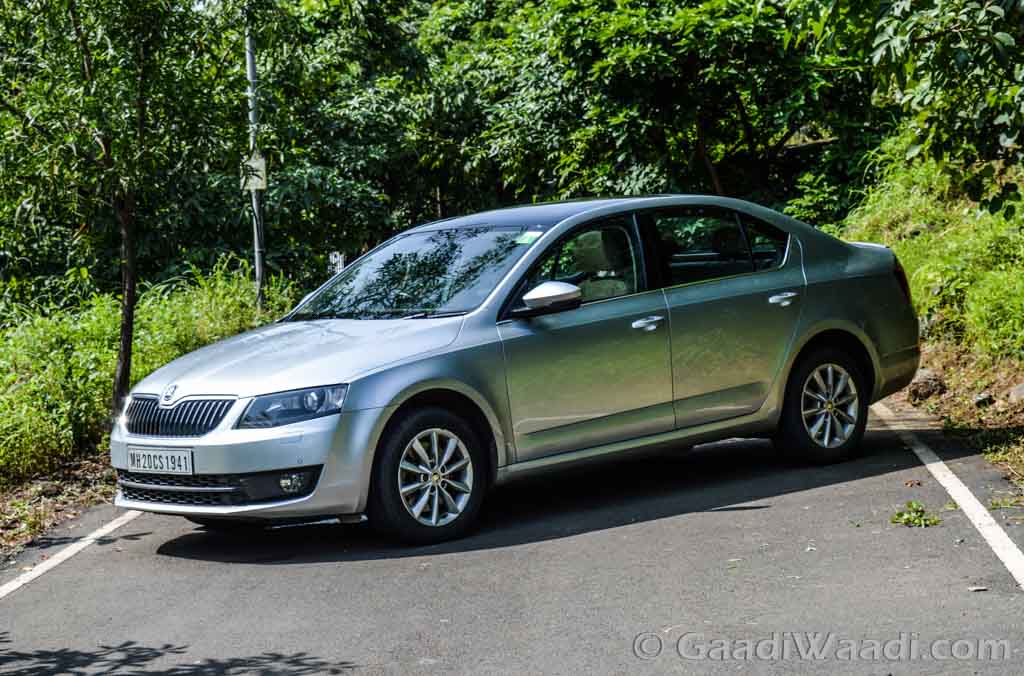 2013 Skoda Octavia in the market for almost three years now, we spend very little time with it to tell you, is it best bet in the game as your player for the future?

The Volkswagen new MQB platform is one of the most talked about things after the brand itself. The platform churned out a lot of interesting cars, cars that finally gained attention when it came to dynamics and efficiency in many ways. The Skoda Octavia was one such as car which was freshly baked on that platform. There were cars like the Audi A3 and Volkswagen Gold, but we didn’t get that India and we still don’t except the Audi A3. Skoda Octavia is a very important model of Skoda and is one few consistent selling car from the stable. 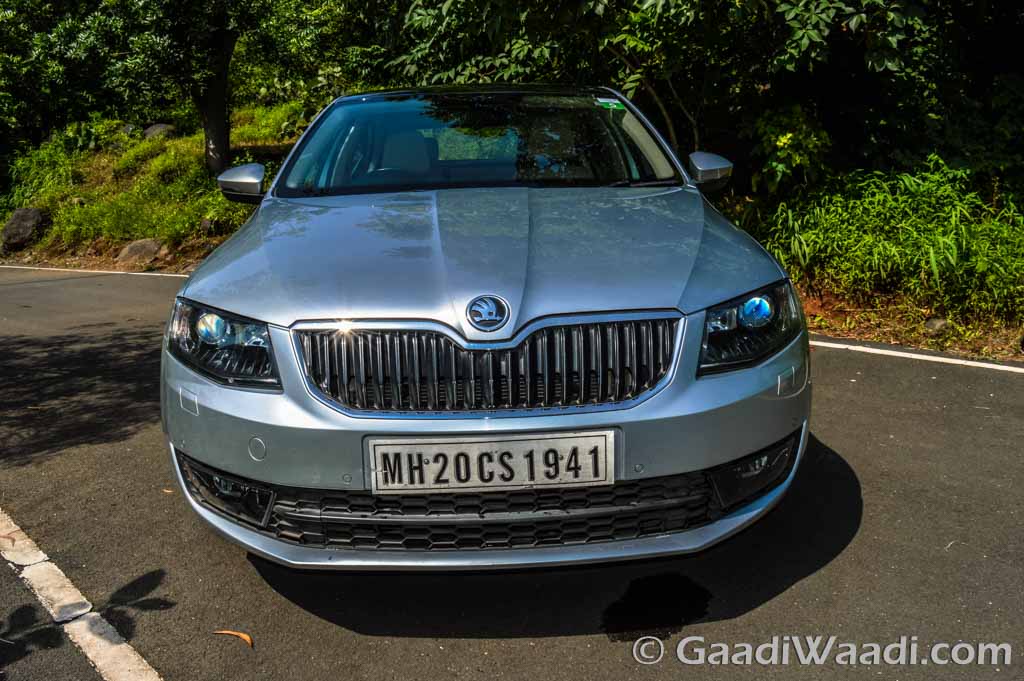 Rapid is driving sales on the lower half and the Superb is known for doing even more than the Octavia. Since it had been a long time that we last experienced the Skoda Octavia we called it again to spend very little time with and get an idea of what it is after recently sampling its rivals such as Toyota Corolla, Volkswagen Jetta and Hyundai Elantra. 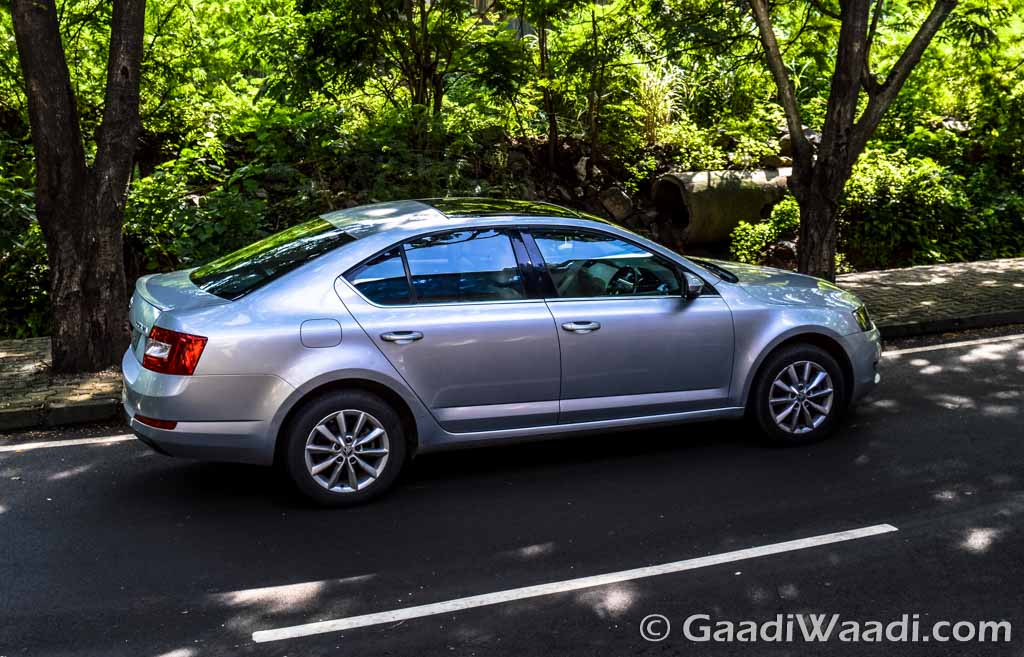 When it comes to design on the outside it does look very appealing thanks to the edgy styling over the curvy cars that VW group was known to make. The new nose is still downright beautiful, thanks to new headlights and grill. Rear looks purely elegant thanks to LED lights and C-motif tail lamps. Inside though, it is a bit disappointing as the gloss finished wood on it hasn’t aged gracefully and is clearly dated as it does not match the rest of the interior very well, which is with black and beige is mildly pleasing at first sight, but something that grows on you after some time. 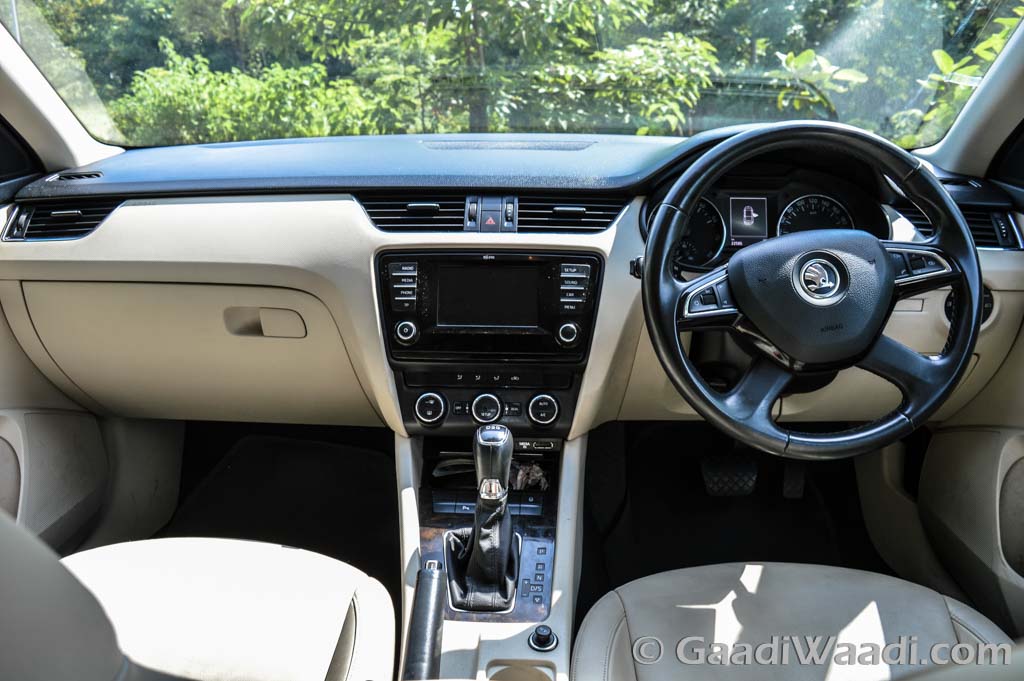 There are all the gadgets you need inside the car, but except for a USB outlet which is missing and truly shocking. Skoda continues to provide a CD player despite in this age and that too in the glovebox. Space in the back and front as we know are clearly class leading and quality all around is brilliant. Skoda Octavia is desperate need of clothes on the inside and 2017 model should do the trick, and if not it will no go well with the potential customers. 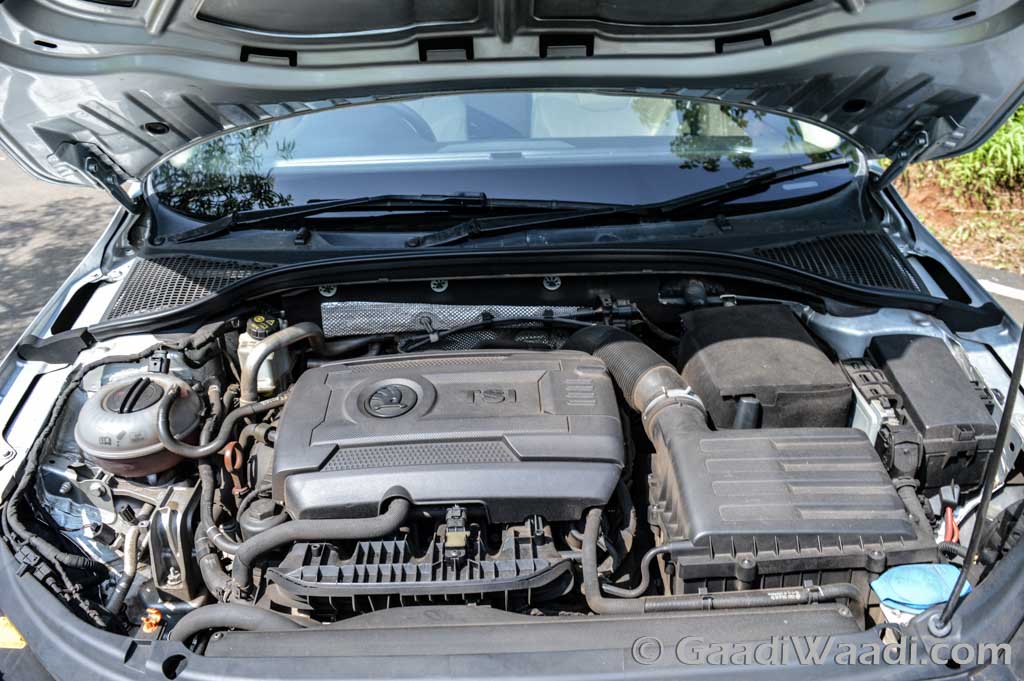 Performance and dynamics are the factors which actually are the key points that the Octavia posses. We had the 1.8 TSI motor on our test car and as we know it has explosive performance and does justice to the chassis which is very well setup as the ride quality and dynamics are spot on which means comfort for the passenger and fun for the driver is guaranteed. We even got 9 km/l considering heavy foot on the accelerator pedal which is pretty surprising numbers considering performance and a car which 100 km/hr in sub 10 seconds. However, we did find the Octavia slightly hard car to manage in the city as three-point turns were difficult to get done when compared to the competition due to long wheelbase or the steering ratio. Turbo is also on the violent side so when it kicks in, it is a wee bit uncomfortable, but totally awesome when considered from the enthusiast point of view. 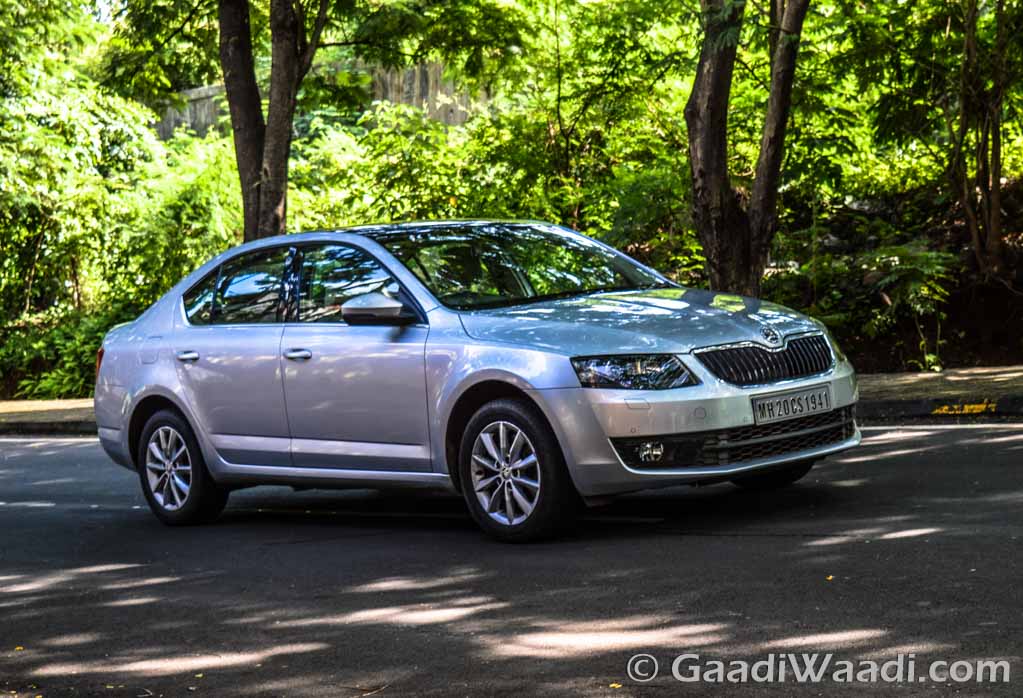 Skoda recently launched the Anniversary edition to spice things up. Adding things such as start-stop, reversing camera, smart link connectivity package, rear side airbags along with paddle shifters. However, we think Skoda should have an international approach and launch editions like Monte Carlo edition which looks stunning. A proper VRS car no matter fuel, price or any other aspect to be considered should come to India too. Skoda should consider the fact that the Octavia is a special car to even the normal buyer or the enthusiast and nothing something ordinary. And yes, manual gearbox option only! It isn’t hard to commence either, because the brand imports everything from its factory on the other side of the world. 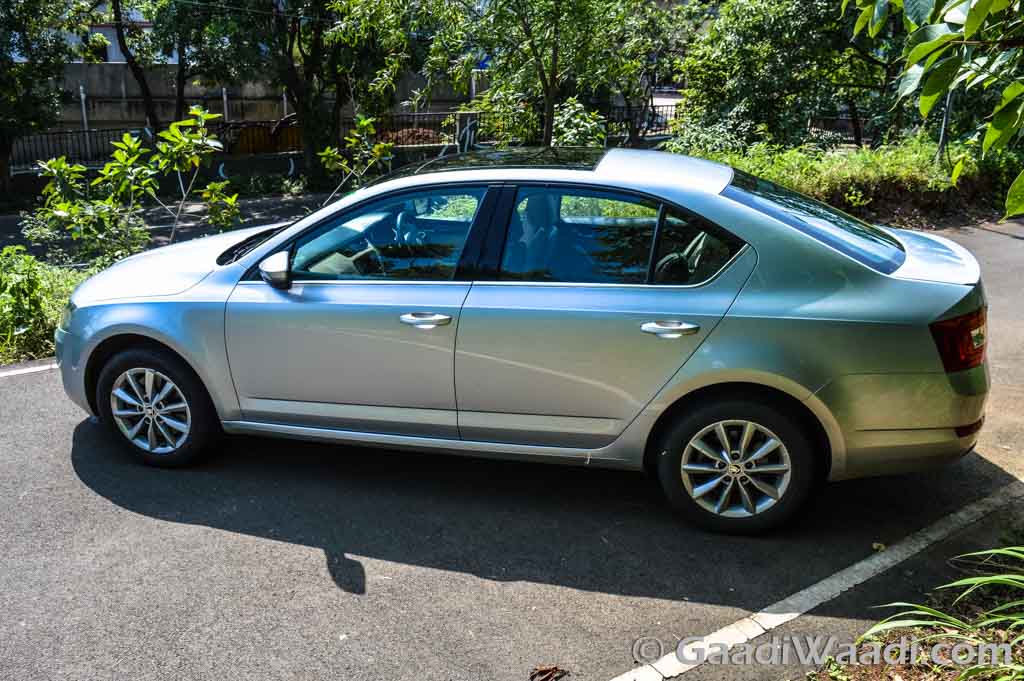 Overall, there are a lot of changes to be done to keep the Octavia running smooth and hassle free, just like its engine. Sure it did good numbers last month thanks to upcoming festive season. However, numbers have never been consistent since its inception as they peak or downfall due to anonymous reasons. In true sense, then, Skoda is the ultimate choice in this comparison of D-segment sedans as the sales chart winner, The Corolla, bets big on fleet organization to see its number growing, however, it has massively changed, the new Corolla and even customers like you and me will find it appealing as much as the Skoda, or fact of the matter any other car in this segment too is worth the second look. 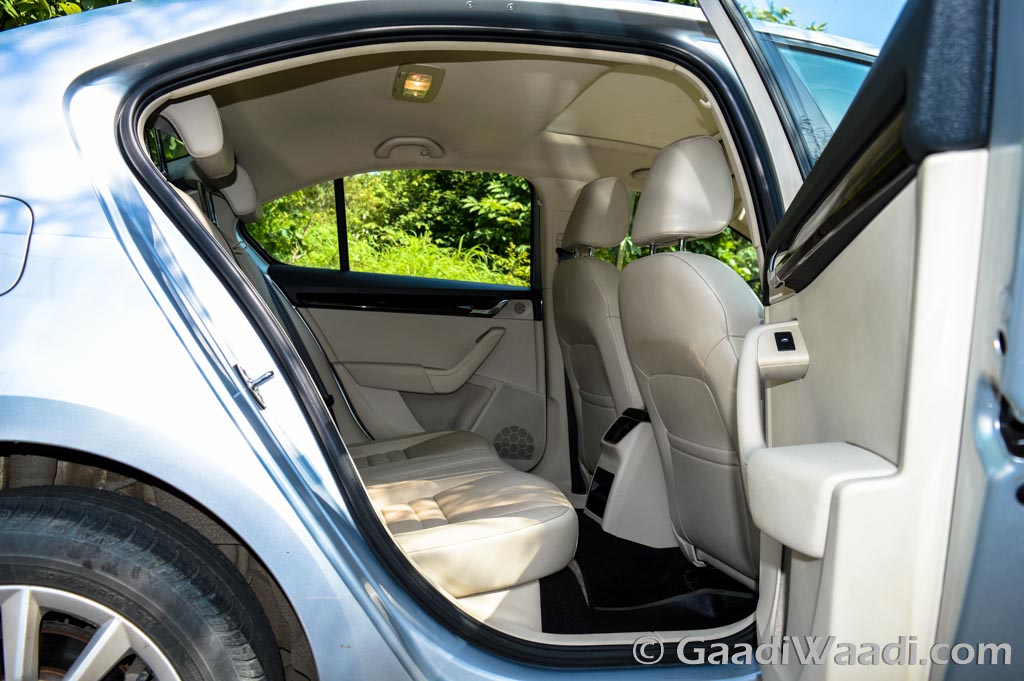 Nevertheless, the changes are important for the facelift model to compete against very stiff competition from almost all manufacturers from around the world and we can’t help mentioning its key performance rival, the Chevrolet Cruze, which is also coming soon, as that too has a cult following in the enthusiast circle. Skoda continues to rule the heart, but not the sales chart, as there are always more fish in the pond. 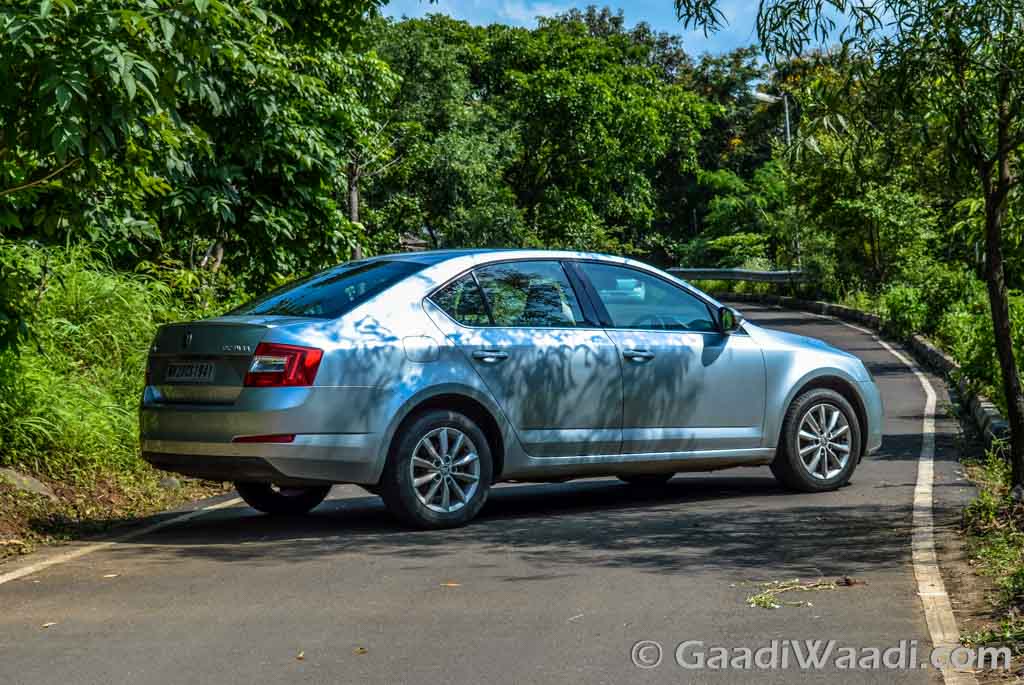 Given the fact that the numbers are more impressive than the previous generation, its testimony that very slowly and steadily the sales network is improving which brings us to the original question, is it still worth to buy? Yes it is and the new one coming some time later in early 2017 should make things stronger for the buyer too. Ironically, 2 years back, was the time in this same month when we test rode the Skoda Octavia in the hills.