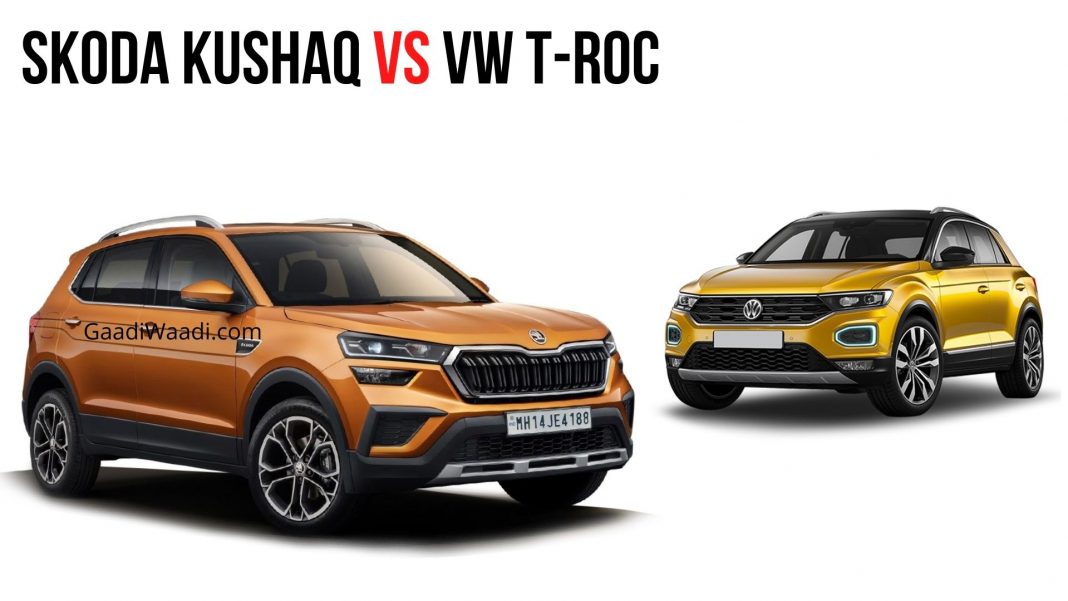 First revealed at the 2020 Auto Expo in concept form, the Skoda Kushaq has now finally been launched in the Indian market to take on the likes of Hyundai Creta, Kia Seltos, MG Hector and so on. However, it should be noted that the Skoda Kushaq is not the only VW Group mid-size SUV currently on sale in India.

While Skoda discontinued the limited-run Karoq, Volkswagen continues to retail the T-Roc here in India. While the Skoda Kushaq and Volkswagen T-Roc belong to two different divisions of the mid-size SUV range, they also have a lot of similarities between them. While Volkswagen is readying its Skoda Kushaq-rivaling Taigun, for now, the T-Roc continues to lead the battle for the German carmaker. 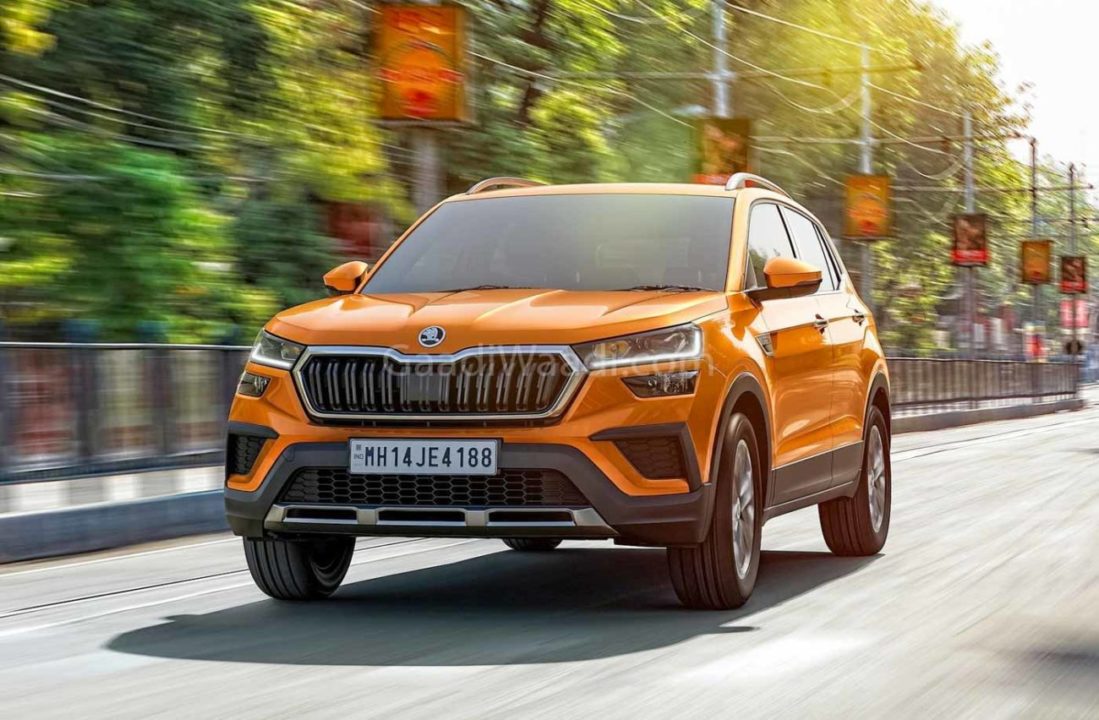 This means that the Volkswagen T-Roc is 117 mm longer and 59 mm wider than the new Skoda Kushaq, while the latter is 39 mm taller and has a 61 mm longer wheelbase than the VW SUV. 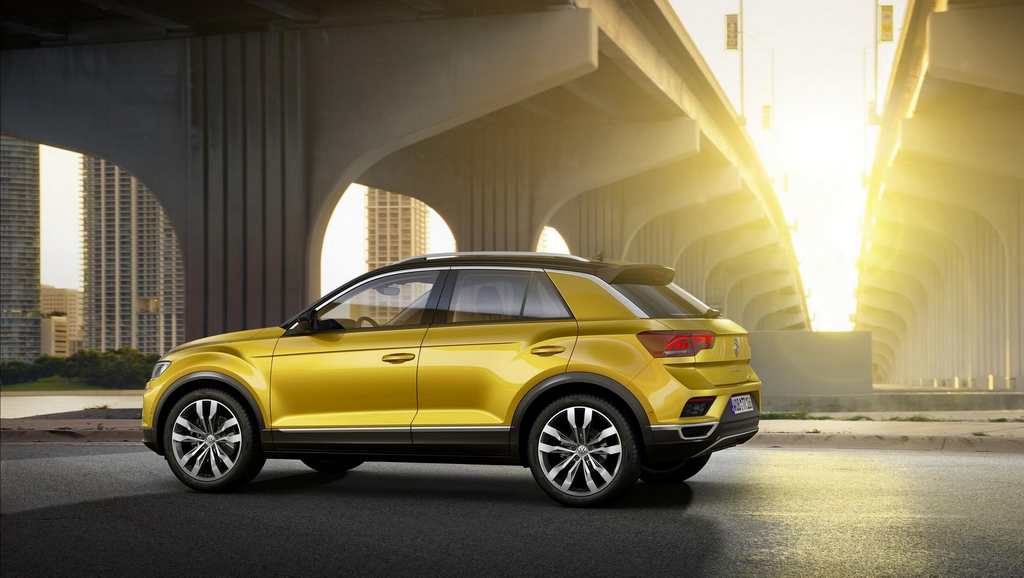 Powering the entry-level variants of the Skoda Kushaq is a 1.0-litre three-cylinder TSI turbo petrol engine, while the higher variants get a 1.5-litre four-cylinder TSI motor. The former makes 116 PS power and 178 Nm torque, while the latter generates 150 PS of max power and 250 Nm of peak torque.

A 6-speed transmission is offered as standard with both the engines, while the 1.0-litre TSI engine can also be had with a 6-speed torque converter AT and the bigger 1.5-litre engine gets an optional 7-speed DSG.

In contrast, the Volkswagen T-Roc can only be had with the 1.5-litre 4-cylinder TSI turbo-petrol engine along with a 7-speed DSG auto gearbox. The engine is offered in the same state of tune as the Skoda Kushaq. 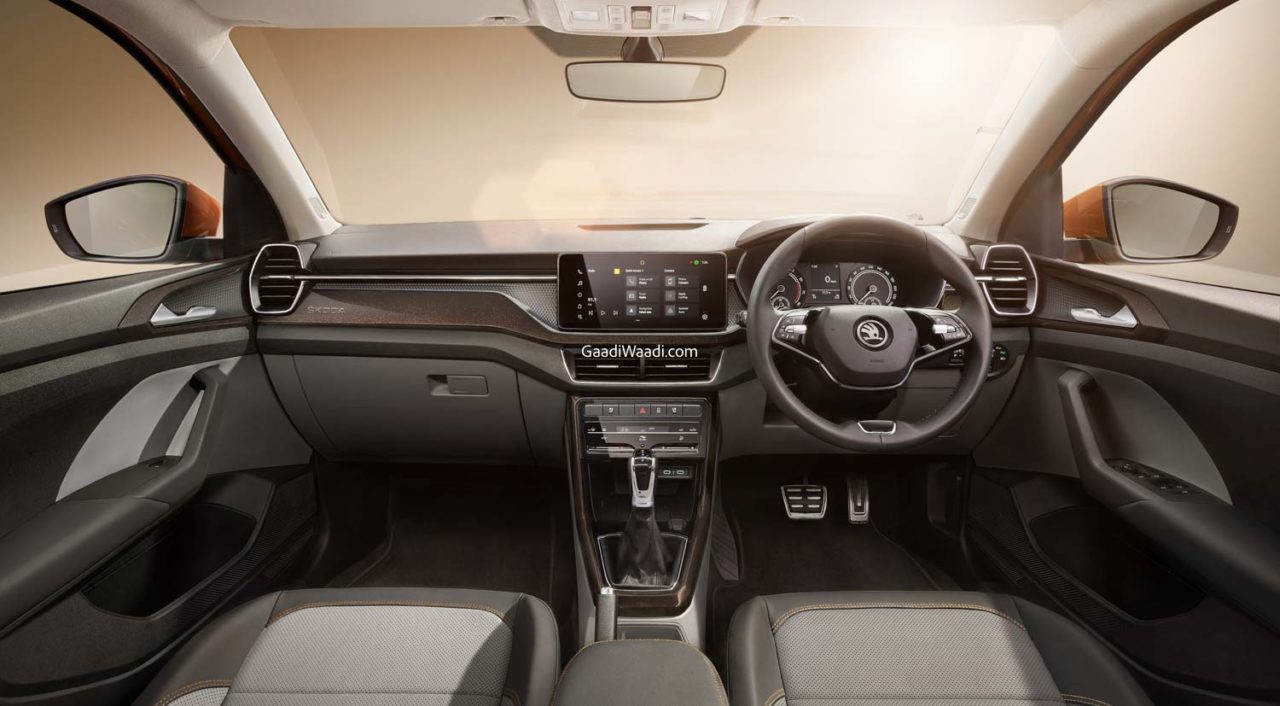 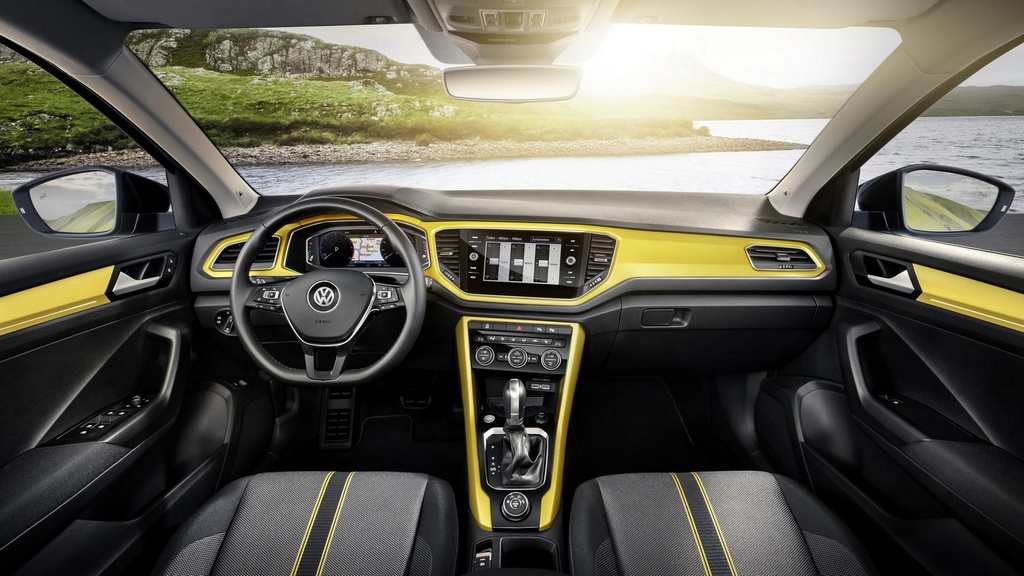 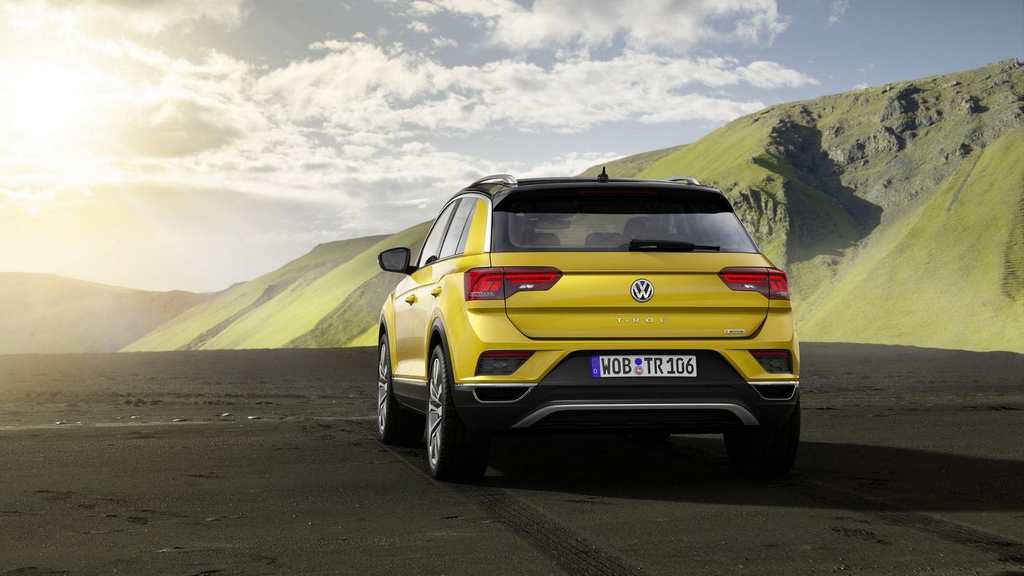 On the other hand, the Volkswagen T-Roc is available in a single fully-loaded variant that is currently priced at Rs 21.35 lakh (ex-showroom, New Delhi). 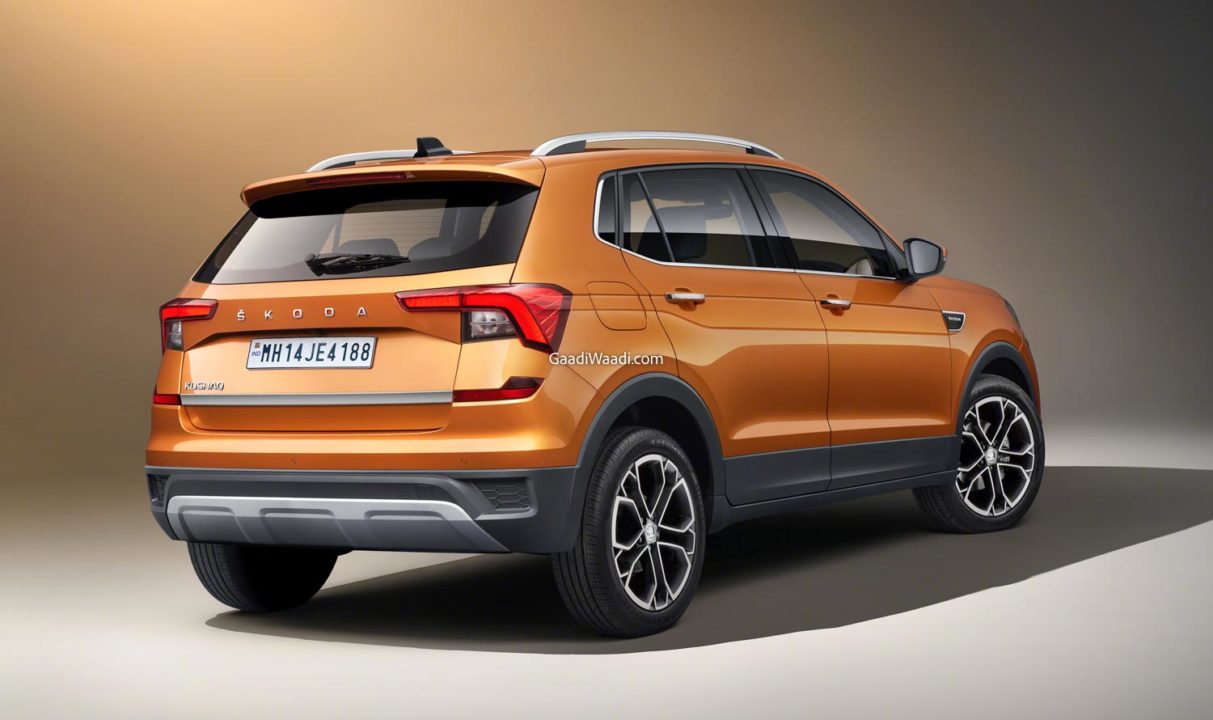 It should be noted that the Skoda Kushaq has an upper hand over the Volkswagen T-Roc with its additional 1.0-litre TSI engine, which makes the Skoda mid-size SUV accessible to a wider group of audience. Furthermore, even the 1.5-litre TSI variants of the Kushaq are much affordable than the sole VW T-Roc trim on sale here in India.

That said, the Volkswagen T-Roc is being imported to the country as a CBU, while the Skoda Kushaq is based on the heavily localised MQB A0 IN platform. In order to price it aggressively, Skoda has cut costs here and there, but being a direct import, the VW T-Roc stays true to the Volkswagen Group’s lineage.

The T-Roc is also slightly larger in size, and gets a few additional feel-good features over the Kushaq like a panoramic sunroof and a digital instrument cluster, however, it also misses out on some crucial features like cruise control and wireless charging; both of which the Kushaq boasts of.