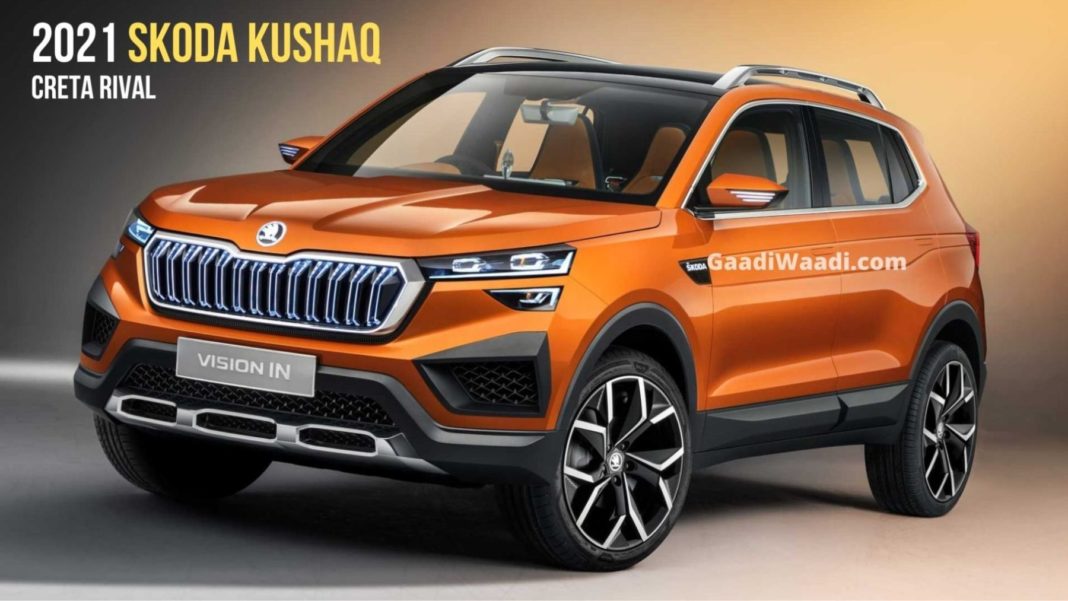 Skoda Kushaq is underpinned by the heavily localised MQB A0 IN platform and it will be powered by 1.0-litre and 1.5-litre petrol engines

The Kushaq is the first Skoda based on the India 2.0 project and it will officially be unveiled on March 18, 2021 before going on sale in India. The Czech Republican auto major showcased the Vision IN concept at the 2020 Auto Expo and the Kushaq is its production version. The mid-size SUV will compete against Hyundai Creta, Kia Seltos, Tata Harrier, Nissan Kicks, and the likes in the hotly contested space.

The five-seater carries plenty of significance for the brand as it is expected to be competitively priced courtesy of the high local content. Underpinned by the India-specific MQB A0 IN platform with 93 per cent localisation, the deliveries of the Skoda Kushaq will commence by the middle of this year. As for the performance, the Kushaq will be powered by two turbocharged petrol engines.

the 1.0-litre three-cylinder petrol unit produces a maximum power output of around 110 horsepower as in the latest crop of Skoda and VW models while the bigger 1.5-litre four-cylinder TSI petrol engine, as in the Karoq, kicks out 150 horsepower. As standard, a six-speed manual transmission will be offered in both the powertrains but the 1.0-litre gets a six-speed torque converter automatic as an option. 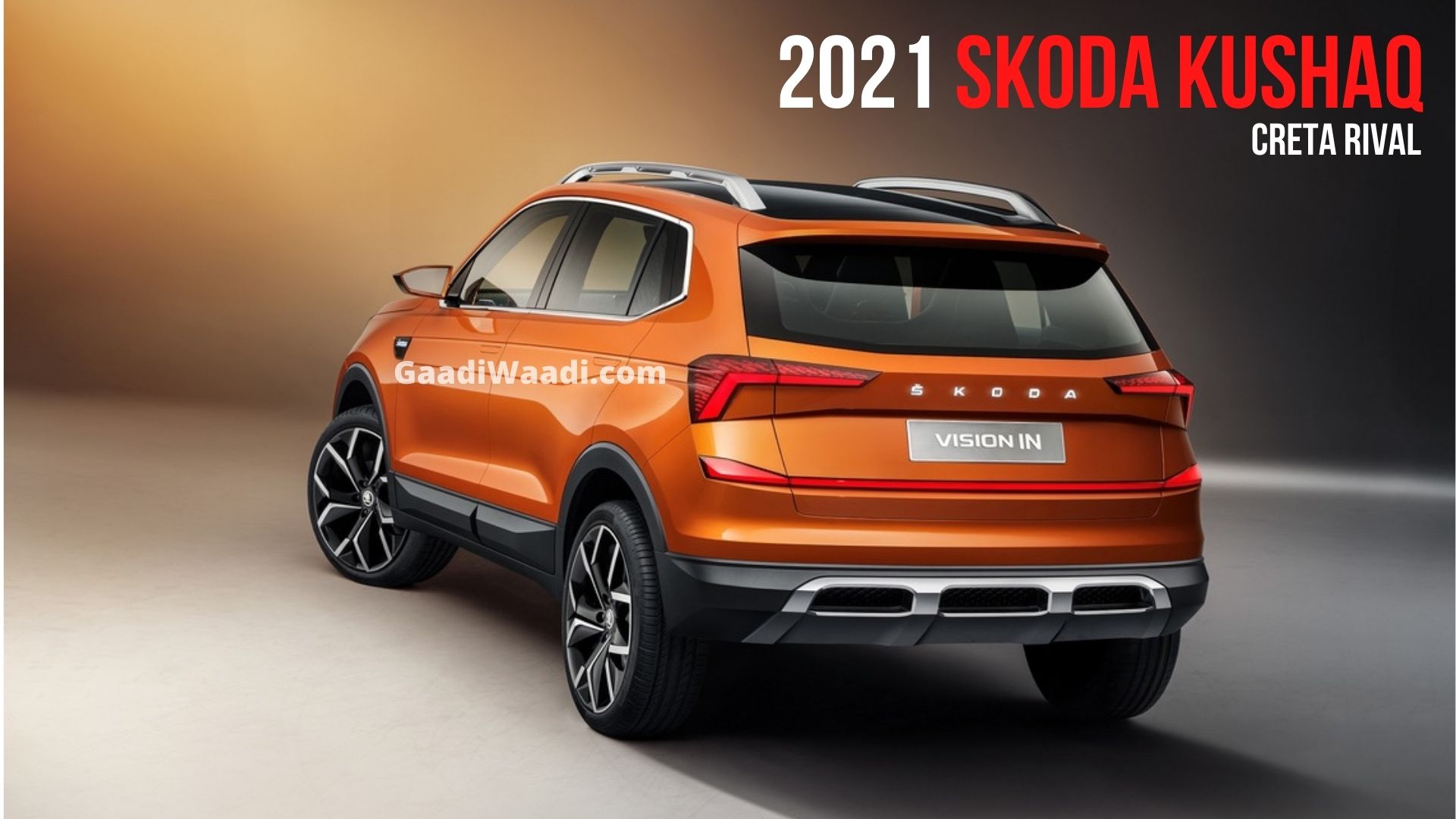 The 1.5-litre motor, on the other hand, is paired with a seven-speed DSG auto in the top-spec variants. Skoda has already revealed the camouflaged near-production version of the Kushaq and the one reaching showrooms will have a bold exterior courtesy of the sporty design elements, and an aggressive chromed Butterfly grille.

It features sharp LED headlamps with LED Daytime Running Lights, a busy front bumper, a large greenhouse ensuring ample interior space, sculpted boot structure with SKODA lettering, sharp cuts and creases, horizontal LED tail lamps, etc. The interior will be a major highlight in the Skoda Kushaq and it is stuffed with premium features such as an all-digital instrument cluster. 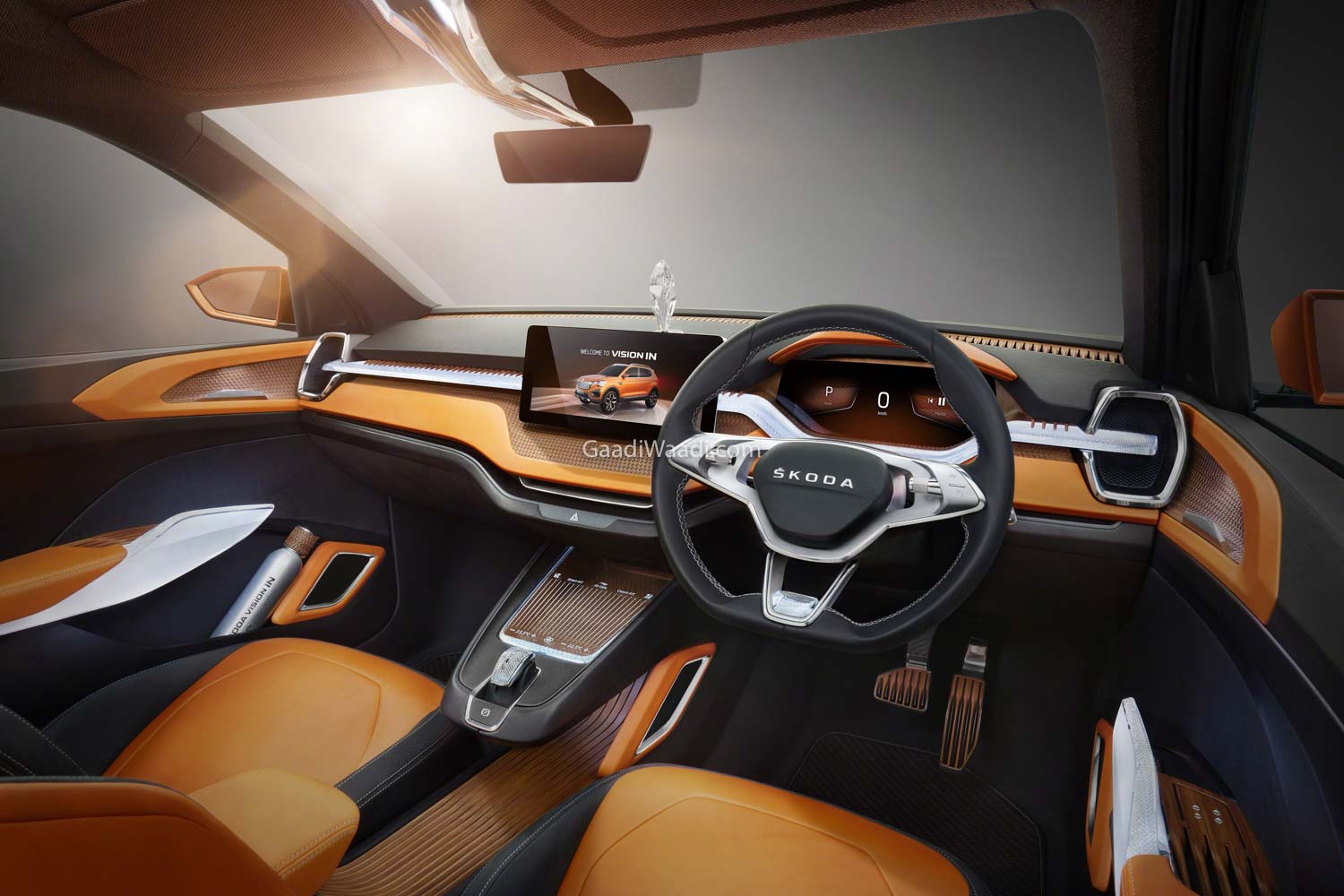