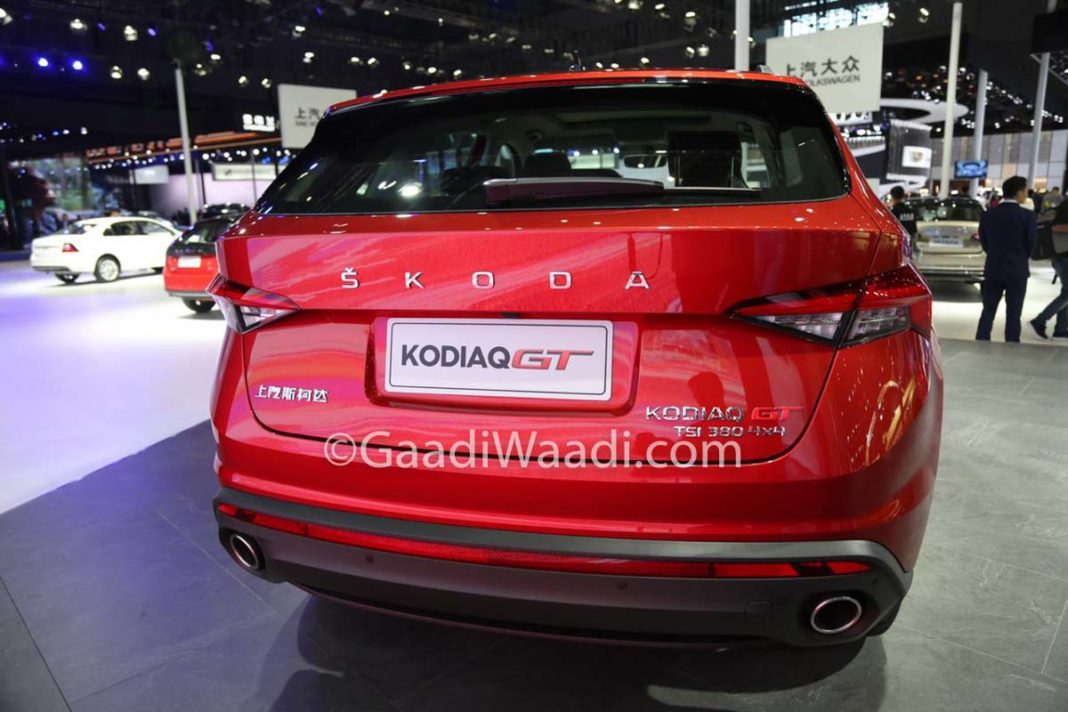 Skoda officially unveiled the GT version of the Kodiaq in October 2018 after months of speculations and it made global debut at the Guangzhou Motor Show a month later. Boasted as the first SUV coupe from the brand, the Kodiaq GT has now been displayed at the ongoing Shanghai Motor Show in China.

Skoda is banking big on its latest range of SUVs and crossovers like Kodiaq, Karoq and Kamiq and the strategy has been paying off. Just as any other global manufacturer, China is a significant market for Skoda and the GT will be exclusive for the world’s most populous country.

It has been the fourth SUV from Skoda to enter China and is the only Asian nation to have all the latest series of SUVs available from the Czech automaker. The GT is strictly based on the standard Kodiaq and has used a sporty coupe-based roofline. The new silhouette does bode well with the design theme followed on the regular model. 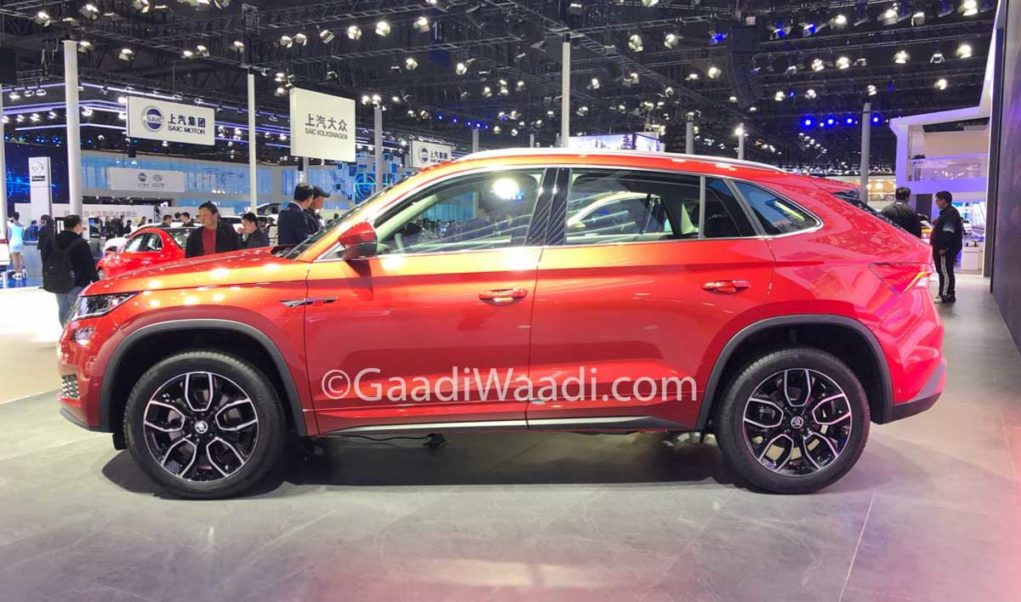 The front fascia adorns identical styling elements as the Kodiaq sold elsewhere while the changes to the roofline meant it has a unique side profile. The rear glass section has been heavily raked while the tailgate appears more stylish. Compounding the aggressive character is the new bumper with dual exhaust outlets.

The interior has abundance use of high-quality materials while the Virtual Cockpit comes as a standard feature in the Kodiaq GT. Some of the key features available are Apple CarPlay, MirrorLink, Front Assist, Adaptive Cruise Control with stop-go function, Blind Spot Detection and so on. 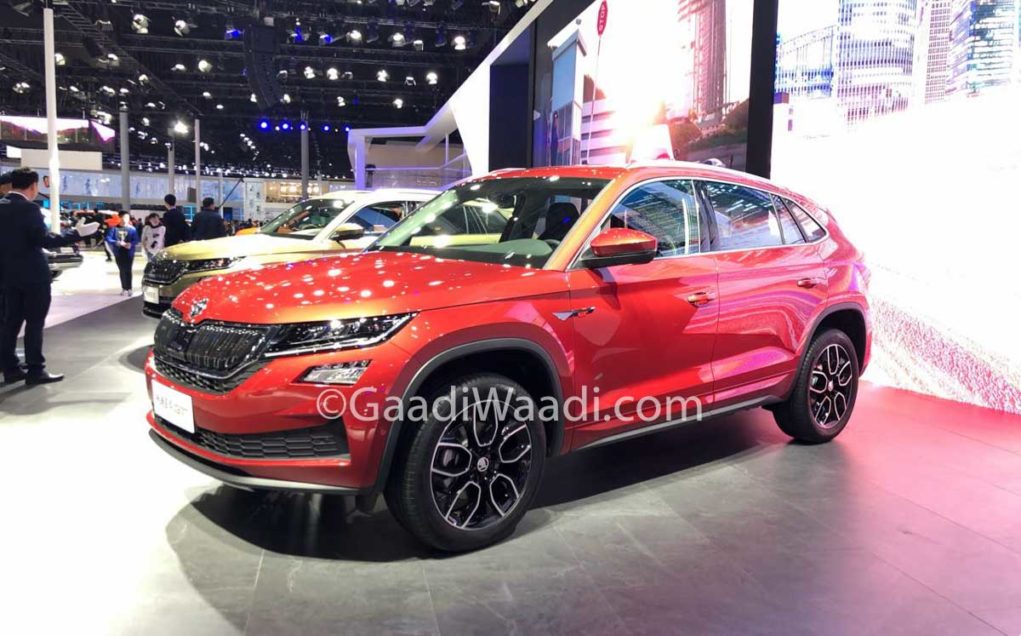 The Kodiaq GT is powered by a 2.0-litre TSI turbo petrol engine producing 186 PS or 220 PS. The former has front-wheel-drive configuration while the latter gets mated to a seven-speed DSG automatic transmission sending power to an AWD system.