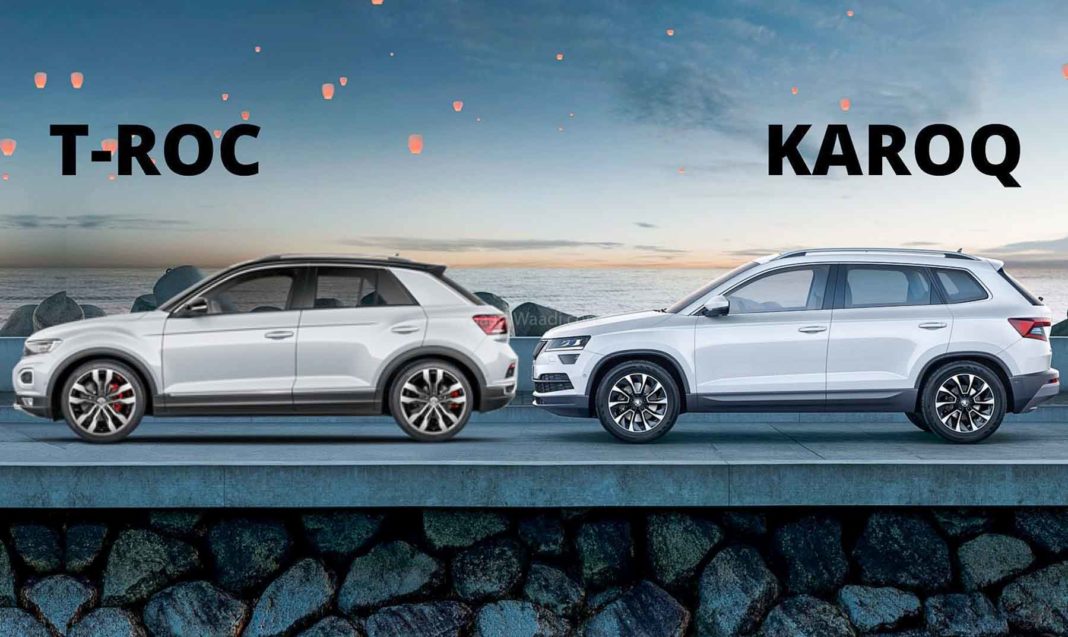 Both the recently launched Skoda Karoq and the Volkswagen T-Roc are based on the same platform, and are brought into the country as CBU Units

Skoda Auto India showcased the international-spec Karoq mid-size SUV at the 2020 Auto Expo earlier this year, with a launch promised soon. Now, the German-owned Czech carmaker has officially launched the SUV in the Indian market to compete against the likes of the Jeep Compass and its cousin, the Volkswagen T-Roc.

Since both the Skoda Karoq and the VW T-Roc are based on the same MQB A0 platform and share the same underpinnings, there’s not much that separates the two from each other. Take a look at this comparison between the two new German mid-size SUVs to get a better understanding of which is better:

The new Skoda Karoq looks a lot like its bigger sibling, the Kodiaq, thanks to the butterfly grille which is flanked by sharp split headlamps up front. The character lines on the bonnet, the silver roof rails, as well as the angular LED tail lamp makes the car resemble its elder sibling. 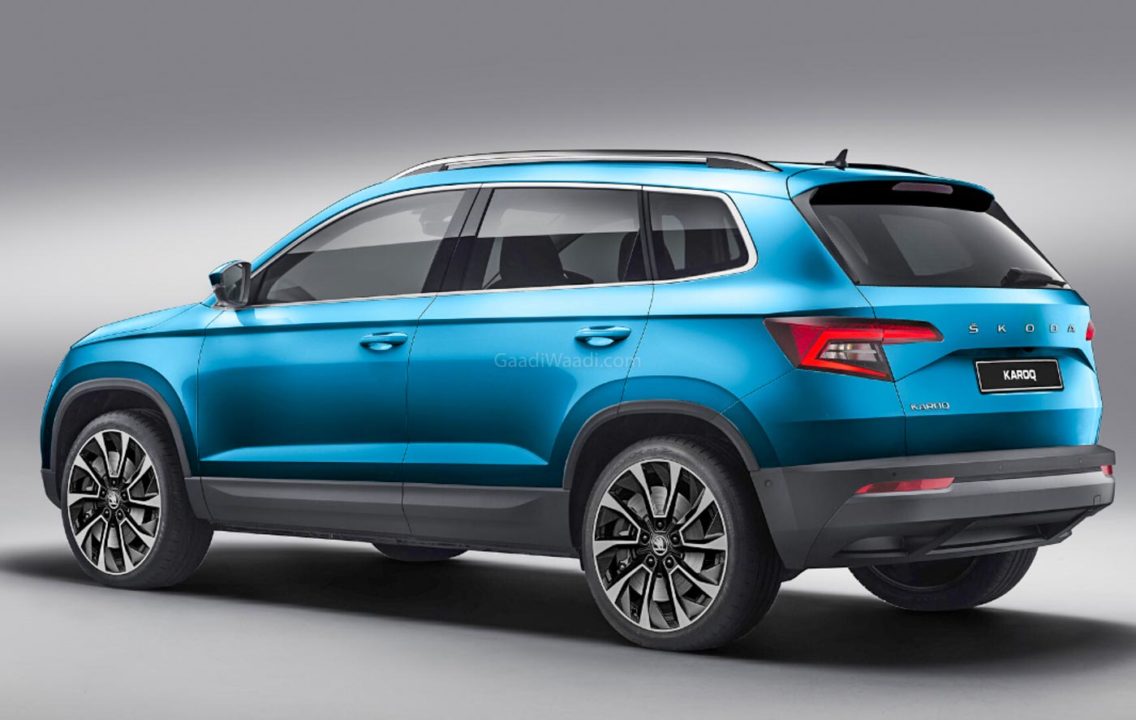 While the Karoq adapts a more conventional look, Volkswagen has made the T-Roc’s look a little more charismatic. The VW SUV is offered with a range of funky colours including Curcuma Yellow, Energetic Orange, Indium Grey, Ravenna Blue and Pure White, and Deep Black Pearl. The dashboard design is nothing unusual, but gets coloured inserts which makes it look lively.

In terms of size, both the Karoq and the T-Roc have differences despite being based on the same architecture. The Karoq is slightly bigger, as the car is 40 mm longer, 22 mm wider, 32 mm taller than its cousin.

The Karoq also has a 48 mm longer wheelbase as compared to the T-Roc, and gets a 521-litre boot space, which is 76 litres more than the T-Roc’s 445-litre boot capacity. 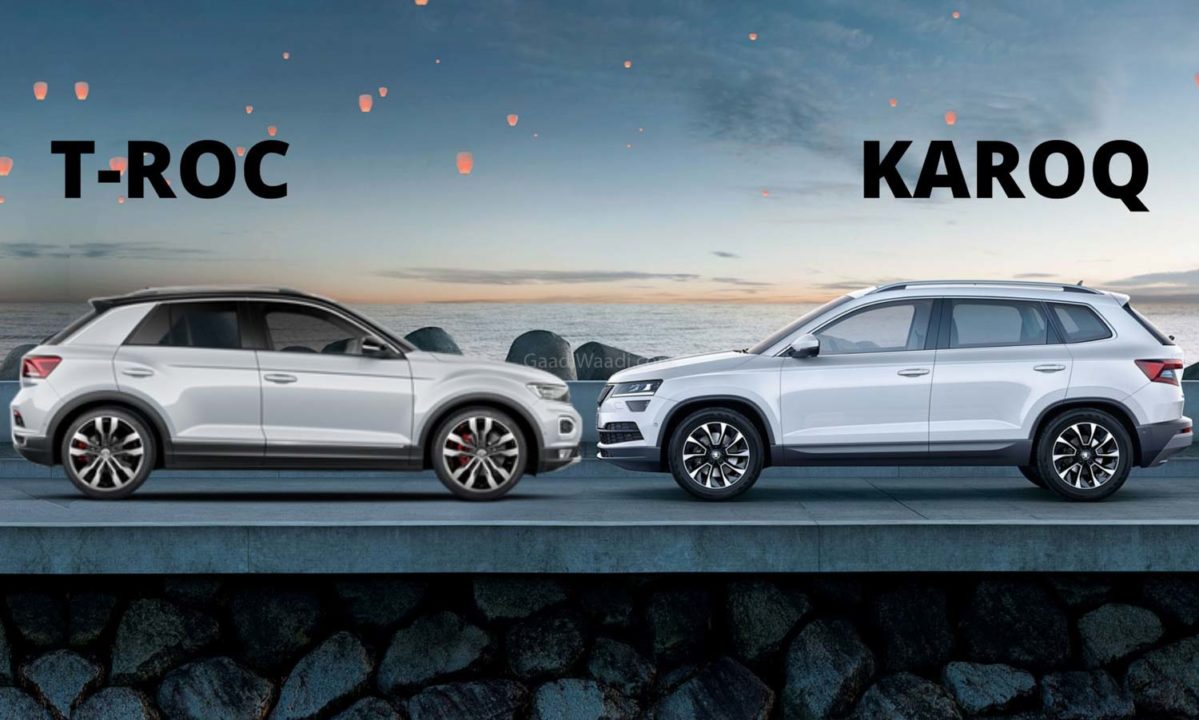 As mentioned earlier, both the German SUVs are based on the same platform, and share their powertrain as well. Powering the Karoq and the T-Roc is a sole 1.5-litre turbocharged TSI petrol motor that belts out 150 PS of maximum power and 250 Nm of peak torque. 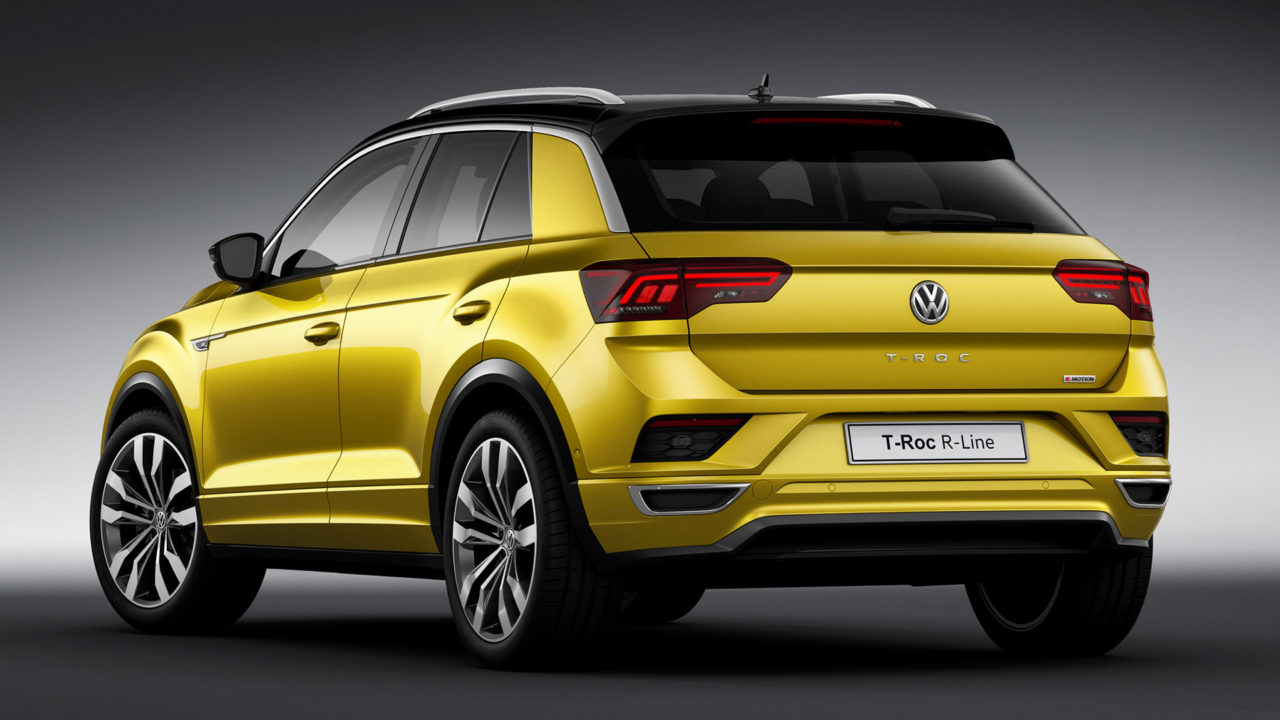 The transmission duties on both the SUVs is handled by a 7-speed DSG automatic gearbox as standard. Identical power and torque figures, as well as kerb weight mean that the performance of both the SUVs will be similar as well. Neither of the two SUVs get a four-wheel drive configuration in India.

Since both the T-Roc and the Karoq are brought to India in single fully-loaded variant, the SUVs get a range of features that are common between the two including a panoramic sunroof, LED headlamps, dual-zone climate control, an 8-inch touchscreen infotainment system with Apple CarPlay and Android Auto connectivity, 17-inch alloy wheels, a 12.3-inch virtual cockpit, cruise control and connected car-tech. 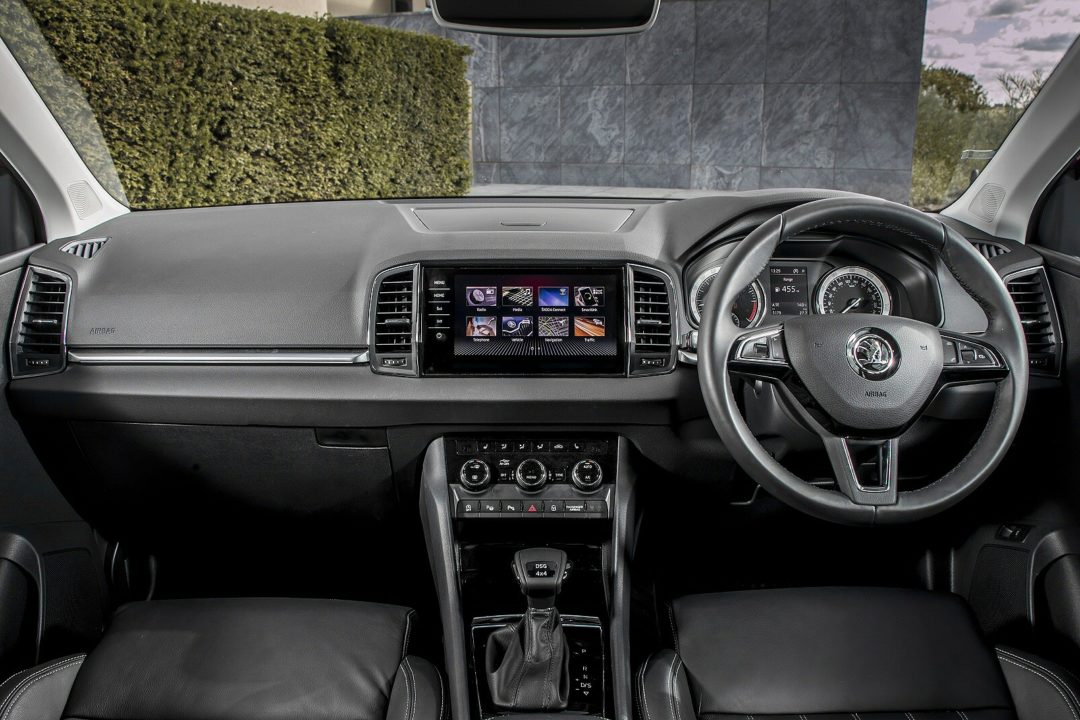 However, the Karoq gets a few additional features over the T-Roc including ambient lighting, puddle lamps and a 12-way electrically adjustable driver’s seat

On the safety front, Volkswagen has equipped the T-Roc with features like 6 airbags, ABS with EBD, Electronic Stability Control (ESC), a rear-view camera, Hill-start Assist Control, disc brakes on all four wheels, and a tyre pressure monitoring system, and Park Distance Control. 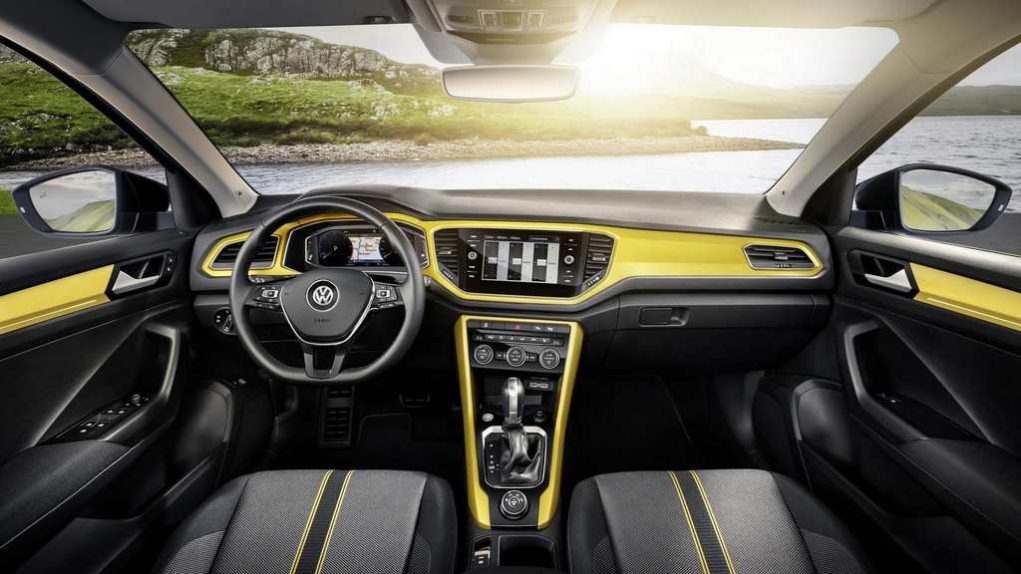 Volkswagen retails the T-Roc at Rs 19.99 lakh, while Skoda has priced the Karoq at a price of Rs 24.99 lakh (both prices, ex-showroom) in the Indian market. 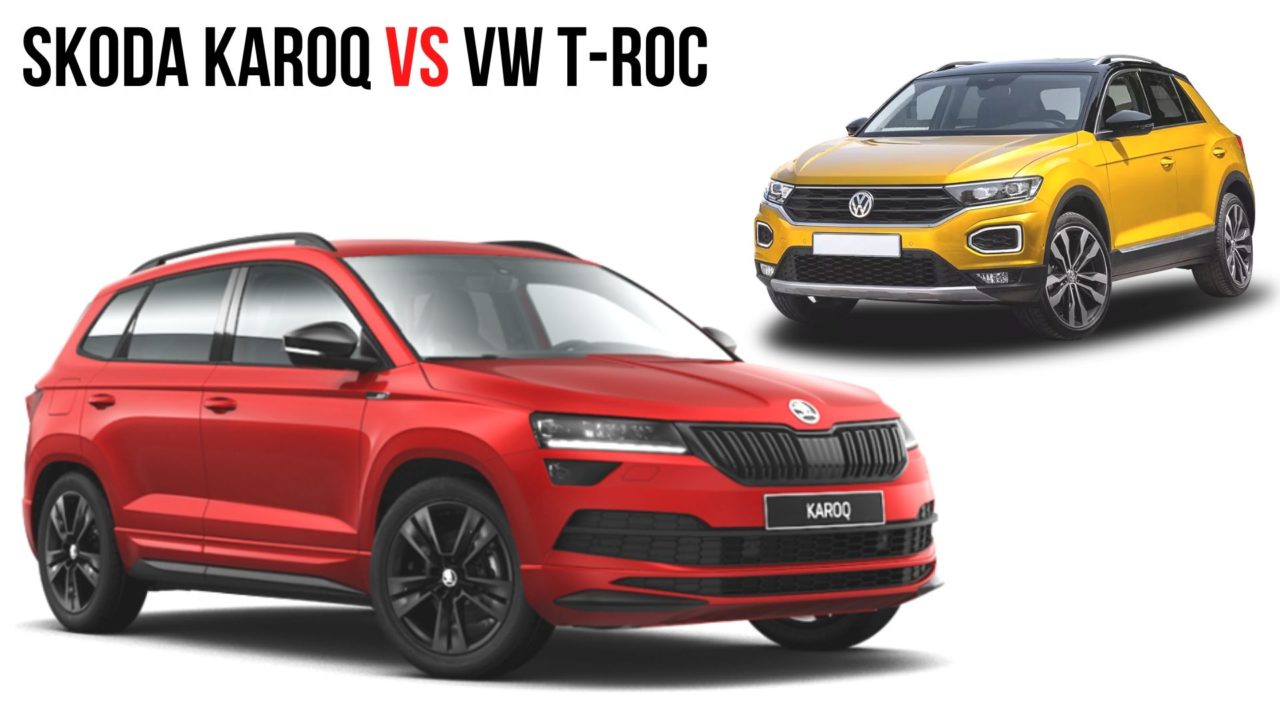 Both the T-Roc and the Karoq are brought to the Indian market as CBUs, since the government now allows carmakers to import 2,500 units of any foreign-spec car to the country without having to homologate them. Hence, both the SUVs attract a big number of tax and duties.

However, Volkswagen has managed to keep the price in check, since the T-Roc is Rs 5 lakh cheaper than the Skoda Karoq, and doesn’t lack much behind in terms of equipment on offer. With that being said, the Karoq seems like the best-equipped SUV in its segment, and is also slightly larger than the T-Roc.