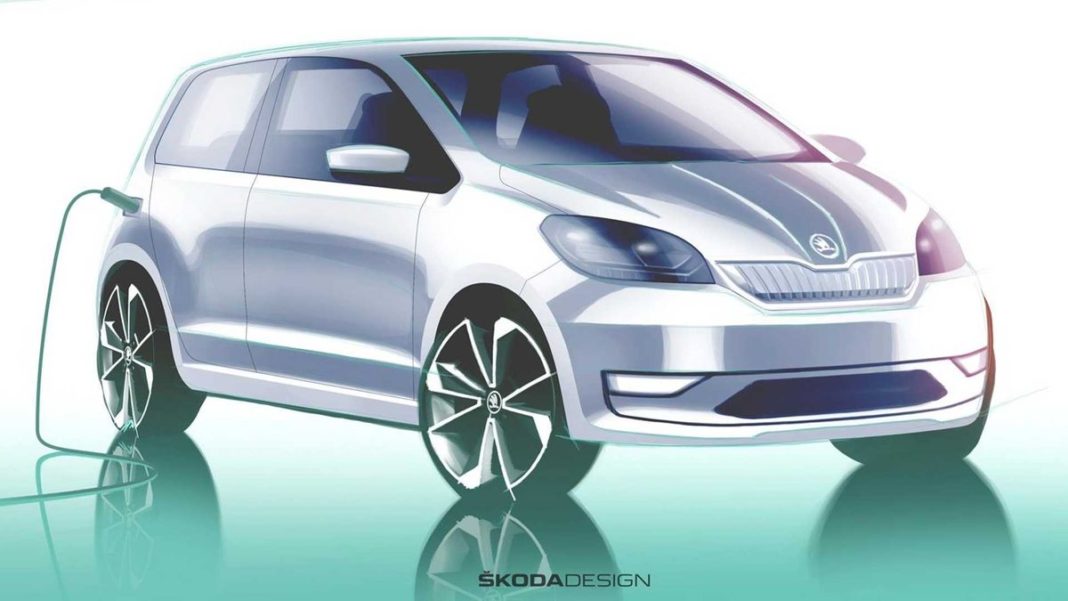 Skoda officially released a new teaser sketch of Citigo-e iV, which is basically the electric version of Citigo hatchback and the debut is going to take place on May 23. The company will also reveal the much awaited Superb Facelift with PHEV. The Citigo-e iV will be the first electric car of Skoda and the company hasn’t revealed many details.

The Czech manufacturer has already confirmed in 2017 that the company will discontinue the Citigo as demand for small hatchbacks are low and they are focusing on SUVs for the future. The design of Citigo-e iV is similar to the regular model and the ICE powered model has been in the market for more than 8 years now.

We wehre expecting Skoda to make some design tweaks as the design feels outdated now. The company has made some minor tweaks as the front grille is closed in the EV model as it improves aerodynamic efficiency compared to the regular model. The designers have made subtle changes to the front bumper also. 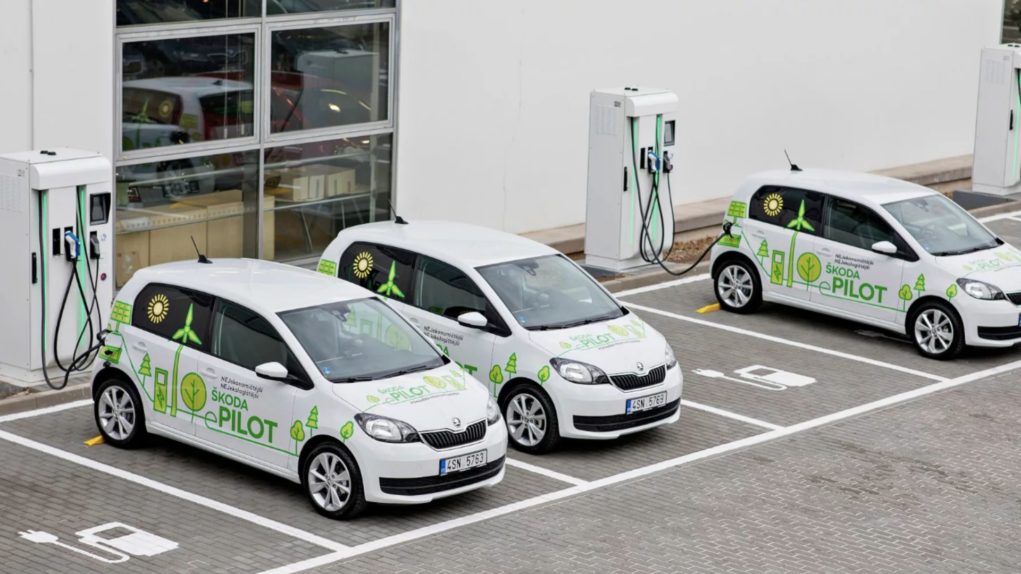 The design sketch doesn’t show door handles but the production model will come with regular pull type handles. The alloy wheels on the EV model will be slightly different, which is designed to reduce drag. The rear might get new tail lamps along with an updated bumper. We can expect Skoda to introduce new colour options.

The interior design will be carried over from regular Citigo but the company might make some changes for the instrument cluster and infotainment system. Apart from this, the hatchback will be loaded with features like touch screen infotainment system, keyless entry, push-button start, regenerative braking system and more.

The Citigo-e iV is expected to be powered by the same powertrain from the electric version of Volkswagen Up as the 18.7 kWh battery pack produces 81 hp and 210 Nm, 0-100 kph in 12.4 sec and the range is expected to be 180 km, which is much better than its siblings. The battery pack is placed under the floor to keep the centre of gravity low.