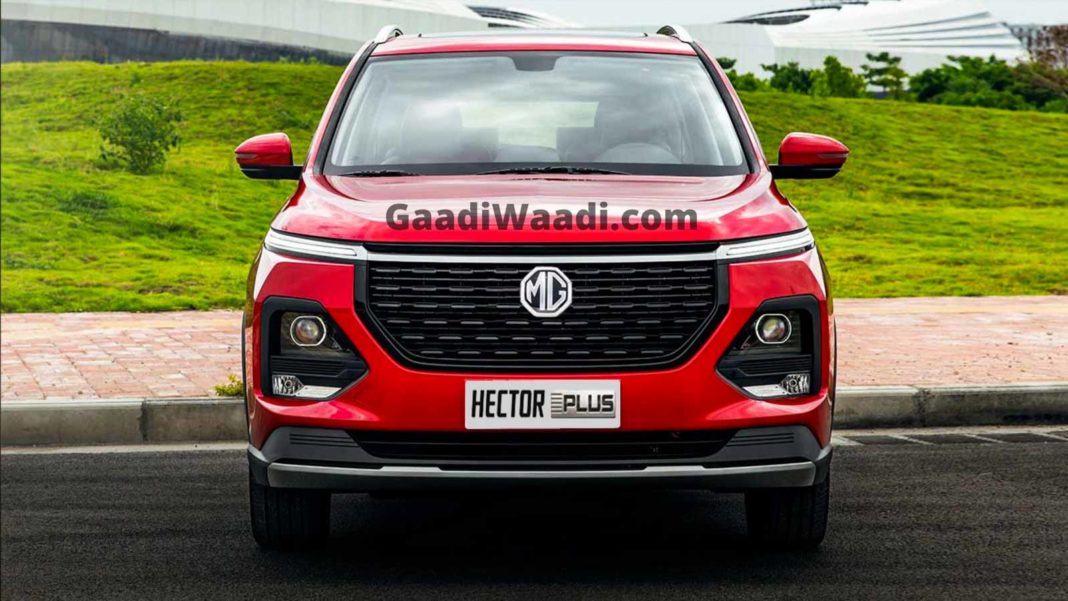 MG Motor India has been enjoying the success of its first offering, the Hector in India, and now the SAIC-owned manufacturer plans to launch a host of new SUVs in the country this year, which include the upcoming ZS EV, as well as a three-row version of the Hector.

MG recently filed an application to trademark the ‘Hector Plus’ moniker, which suggests that the upcoming three-row version of the mid-size SUV could be called by that name. A partially camouflaged test mule of the upcoming SUV was spotted recently, which reveals a lot of information about the car.

Compared to the five-seat Hector, the Hector Plus will be featuring a new and larger front grille, along with a redesigned front bumper. The car features a similar split headlamp design, but the headlamp units are different from the car it will be based on. The car also features new LED elements for the tail lamps, and a restyled rear bumper. 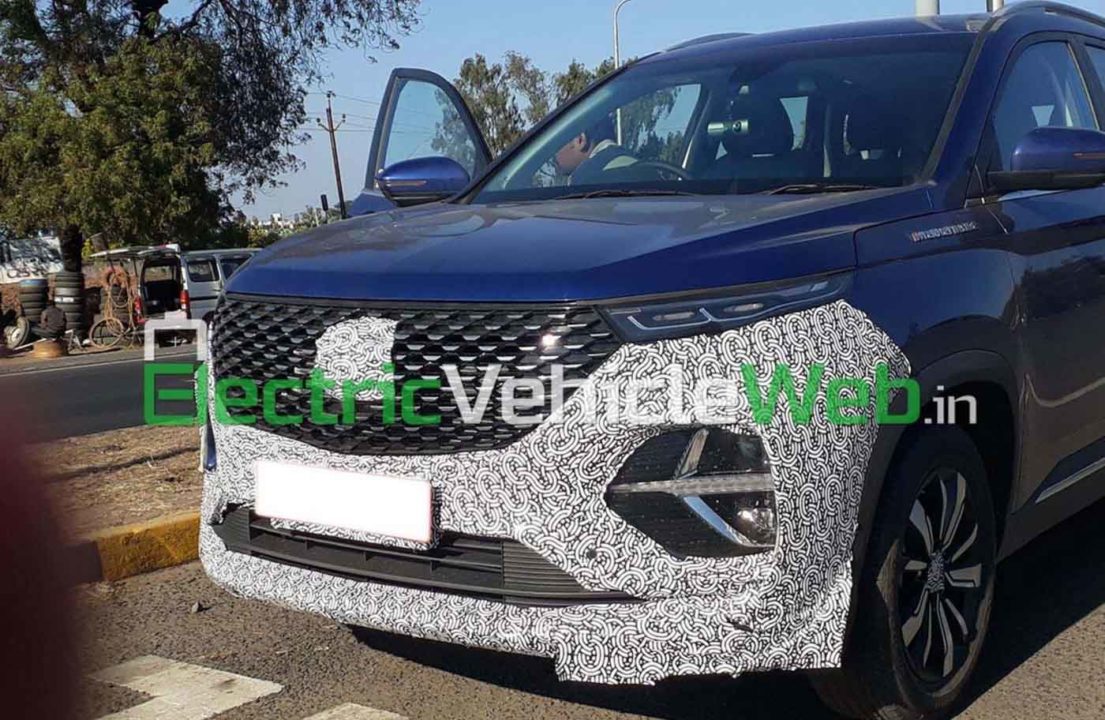 Inside the cabin, the car will obviously feature three-row of seats, and the most recent spy shots suggest that the second-row will feature two captain seats instead of a bench seat. However, MG could offer a seven-seat version of the Hector Plus as well. Expect the rest of the cabin to be largely similar to the regular Hector, which means that the Hector Plus will likely also come equipped with a 10.4-inch touchscreen infotainment system.

Under the hood, the Hector Plus will be sharing the Hector’s 1.5-litre petrol and 2.0-litre diesel powertrains, albeit in a BS6-compliant state. The 1.5-litre four-cylinder turbocharged petrol engine puts out 141 hp of peak power and 250 Nm peak torque, while the FCA-sourced oil-burner unit produces 168 hp power and 350 Nm torque. 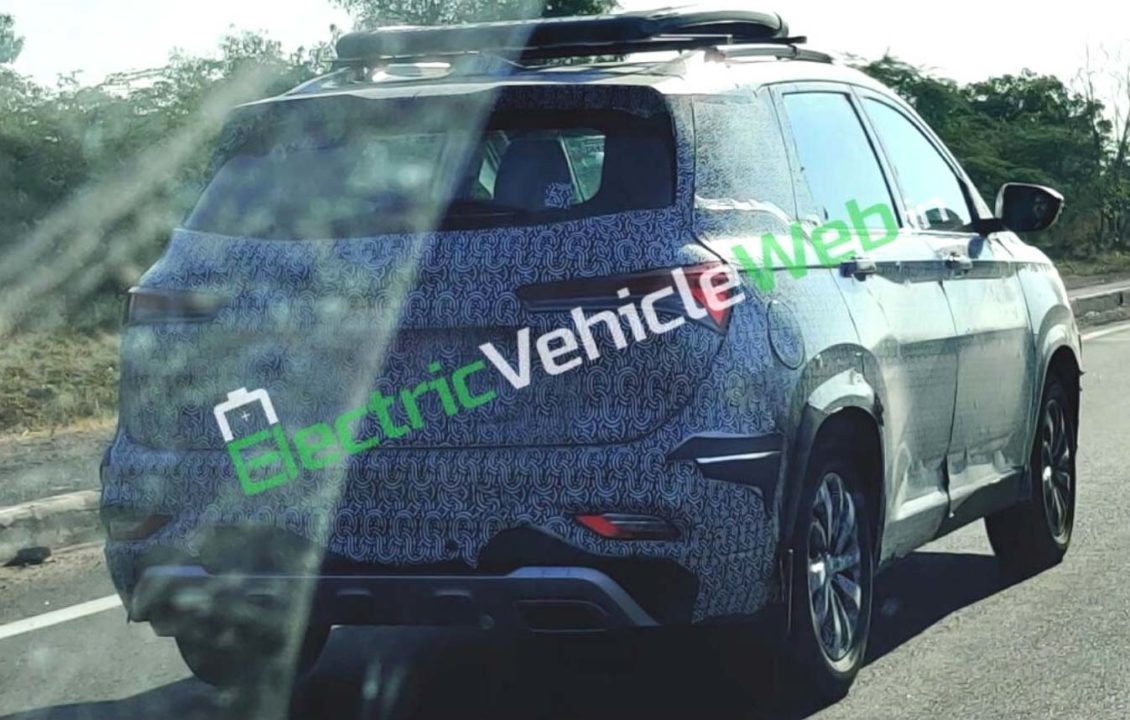 As of now, the five-seat version of the Hector is priced between Rs 12.48 lakh to Rs 17.28 lakh (ex-showroom). The MG Hector Plus will likely be priced at a premium of about Rs 50,000 over the said price. Upon launch, the Hector Plus will be pitted against the upcoming Tata Gravitas, Mahindra XUV500 and the Jeep Compass as well.