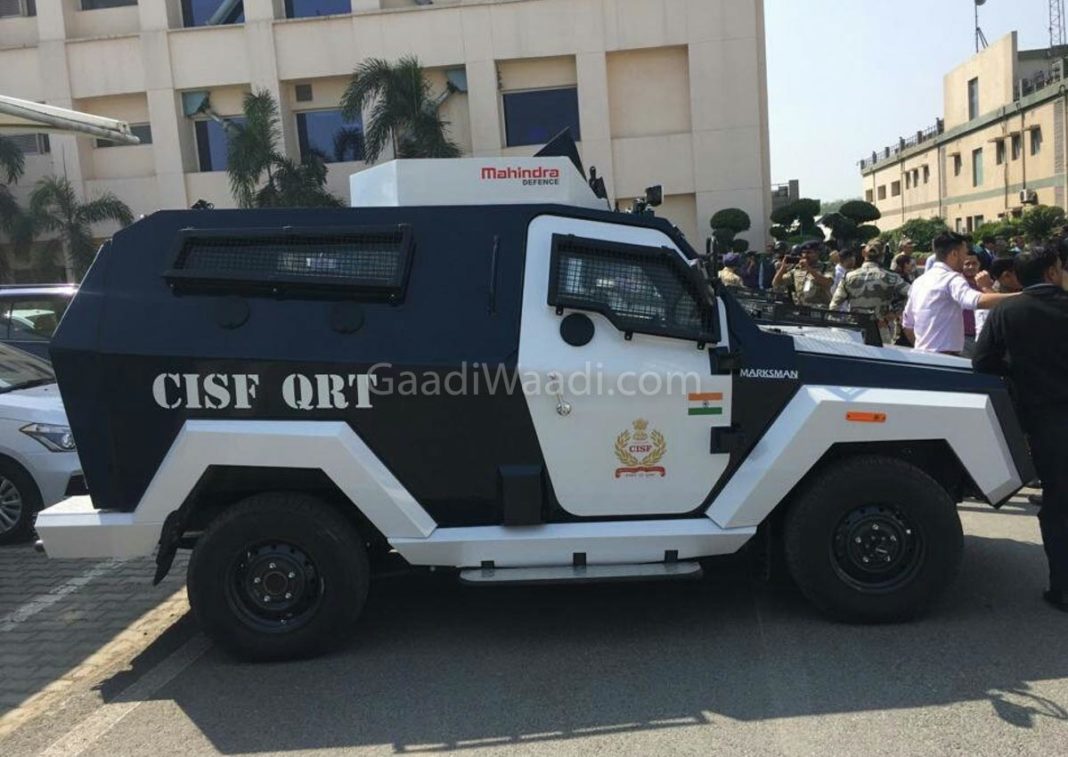 Mahindra and Mahindra, which is a well-established name in the Indian car market is also quite active in the defence vehicle segment. Mahindra Defence Systems made India’s first capsule-based bulletproof vehicle in 2009, and since then many police forces in India and abroad chose the vehicle.

Recently, the Central Industrial Security Forces (CISF), which is responsible for the safety of the major government and private establishments in India have acquired six new Mahindra Marksmen that will be deployed for the security of India Gandhi International Airport in Delhi. This will make it the first airport to get bullet-proof vehicles in its premises in India.

The CISF’s Quick Reaction Team (QRT) will get the vehicles. The QRT is trained to be the first responders in the crisis situations and has received the vehicles on 15th March. CISF already uses a few Mahindra Marksmen vehicles at other cities. In fact, the state police force of Kolkata inducted Mahindra Marksmen vehicle a few years ago, and Mumbai’s Force One police team uses the same car. 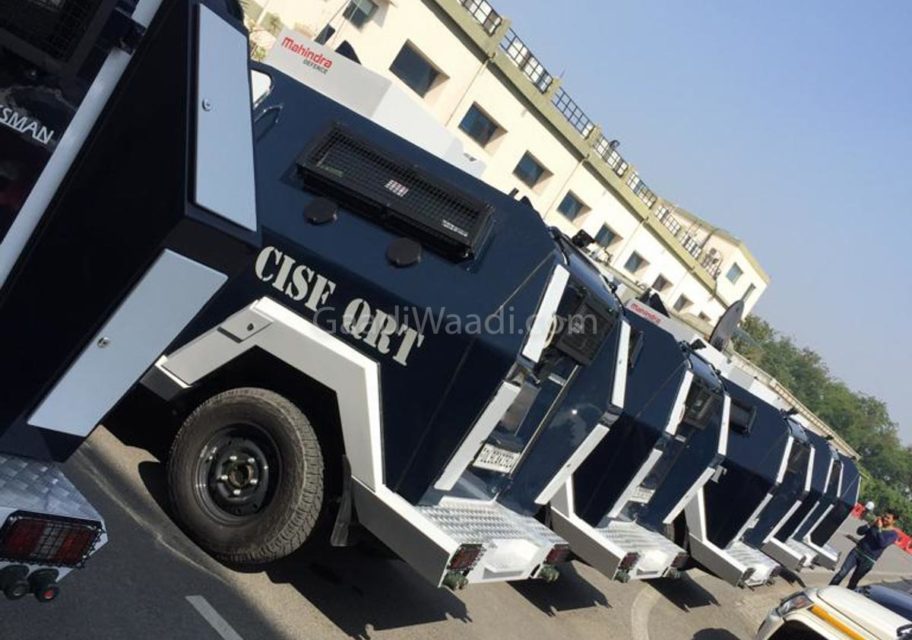 The Mahindra Marksmen is a highly configurable vehicle and can be customised as per the need of the customers. It can cost between Rs. 25 lakh and Rs. 40 lakh depending on the level of customisation and gets a light machine gun mounted on the top too. The Marksmen is heavily armoured and can withstand Improvised Explosive Device (IED) blasts and direct firing from machine guns and rifles.

Mahindra chose the tried and tested 2.5-litre CRDE diesel engine to power the Marksmen. It generates a maximum power of 105 Bhp of maximum power and 228 Nm of peak torque. It gets a 4X4 system too that makes it quite capable on the challenging terrains. 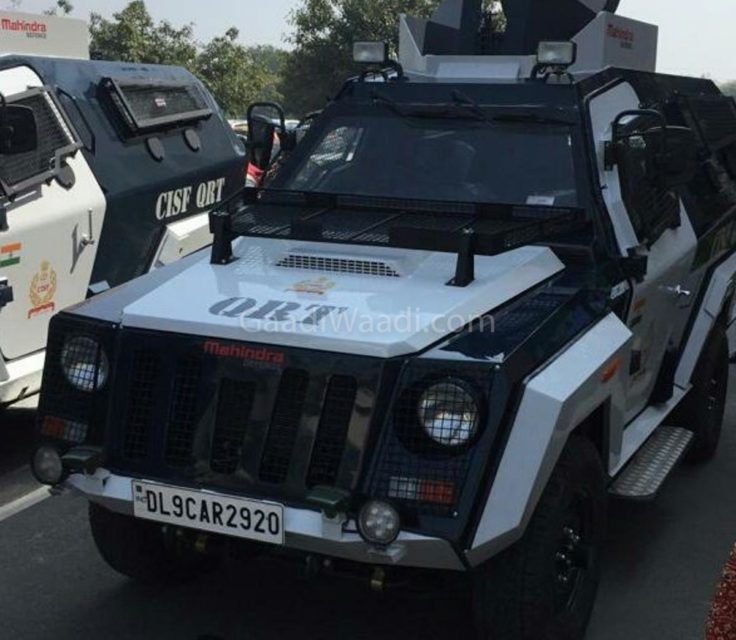 The vehicle weighs over 3,200 kg and can seat up to 6 people including the driver. When fully loaded, the Marksmen can hit a top speed of 120 km/h.