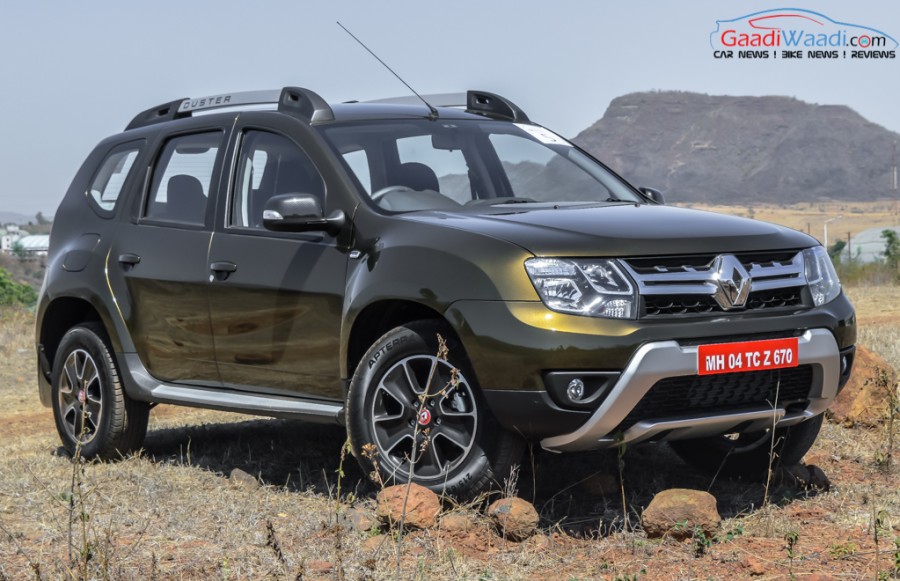 Unveiled at the Auto Expo 2016, launched at Rs. 8.46 lakh, New Duster looks sharper, here is the list of the Significant changes in new Renault duster

When Renault unveiled the all new Duster in India at the Auto Expo 2016, it received plenty of appreciation from customers and critics. The new Duster comes with ranges of cosmetic changes, both at exterior and inside the cabin as well.

Bearing the same design DNA from the previous Duster, the new Renault Duster looks much more sporty and sharper. It also gets some interesting mechanical changes. As Renault claims, the new Duster gets more than 32 changes overall. What are they?

Let us present you the list, where you can find the significant changes Renault made in the all new Duster facelift. 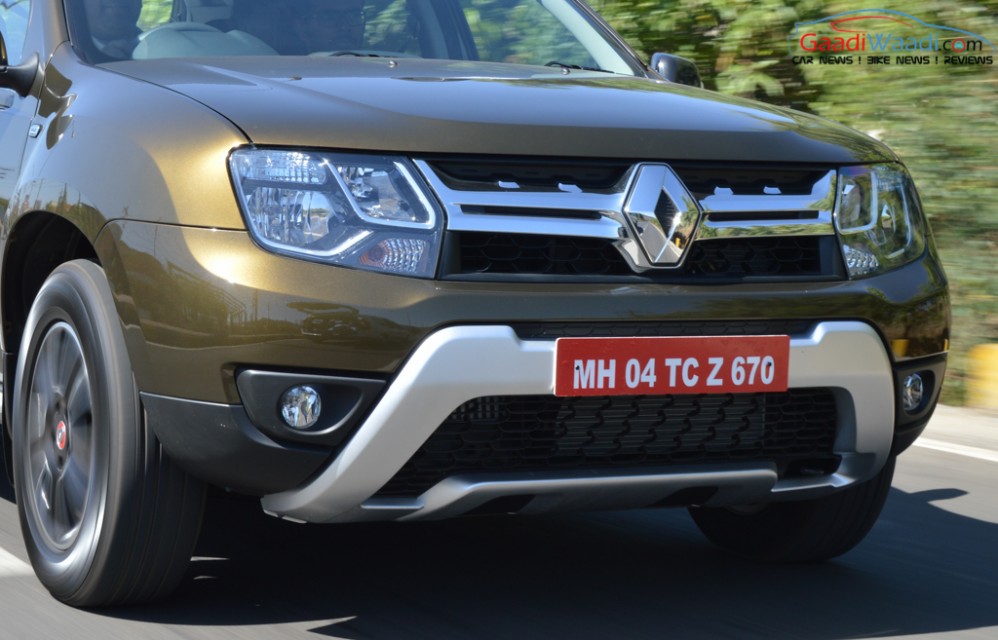 New fog lamps: The fog lamps come revamped with placed at the bottom of the front profile at both sides of the lower bumper. 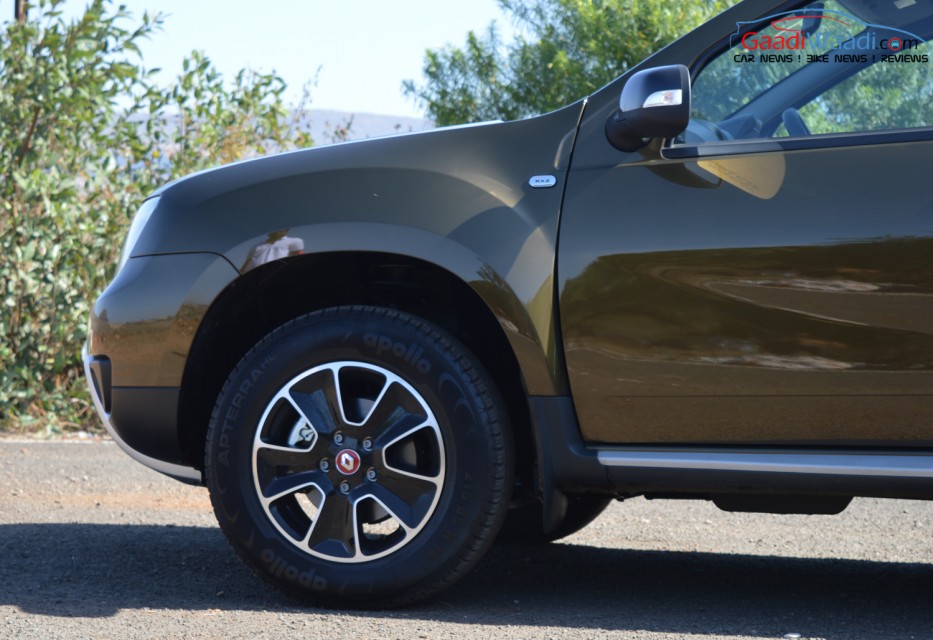 New ORVMs: The new ORVMs can be electrically adjusted and folded, and they come with turn indicators, surely a very useful feature.

LED taillamps: The new Duster gets amazing looking taillamps, which come with LED inserts and inspired by waterfall design. 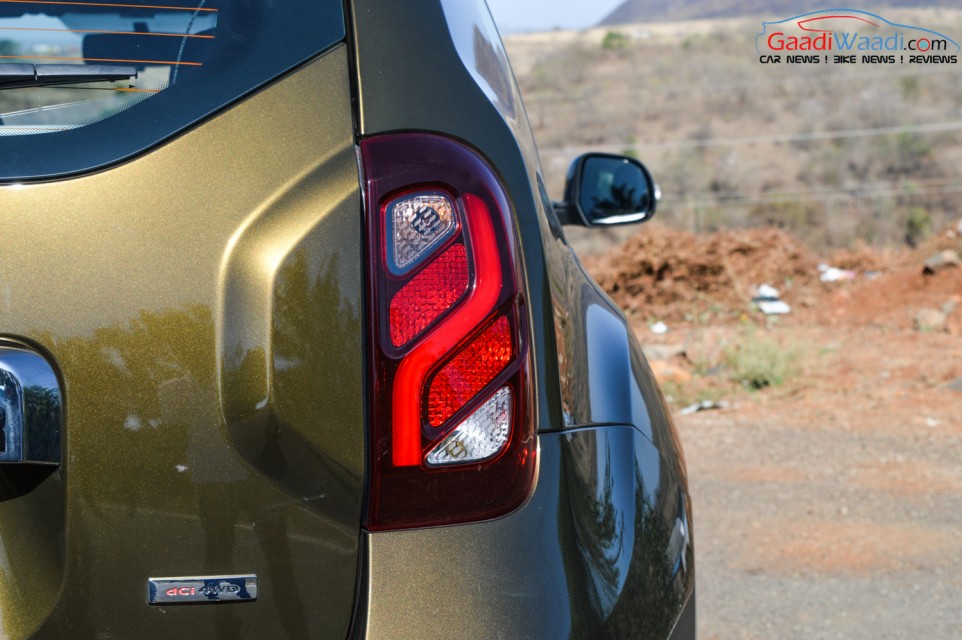 Kayak roof rails: The new roof rails get Duster emblem on them. Honestly, they look better with the fresh appearance.

New colour option: The new Renault Duster gets the new Cayenne Orange colour option for the exterior, which actually makes the car appealing with the contrasting black parts.

Crimson Black combination interior: The new Duster gets a Crimson Black interior colour theme, which makes it sporty and charming at the interior. The AWD variant gets Double Spacer fabric. 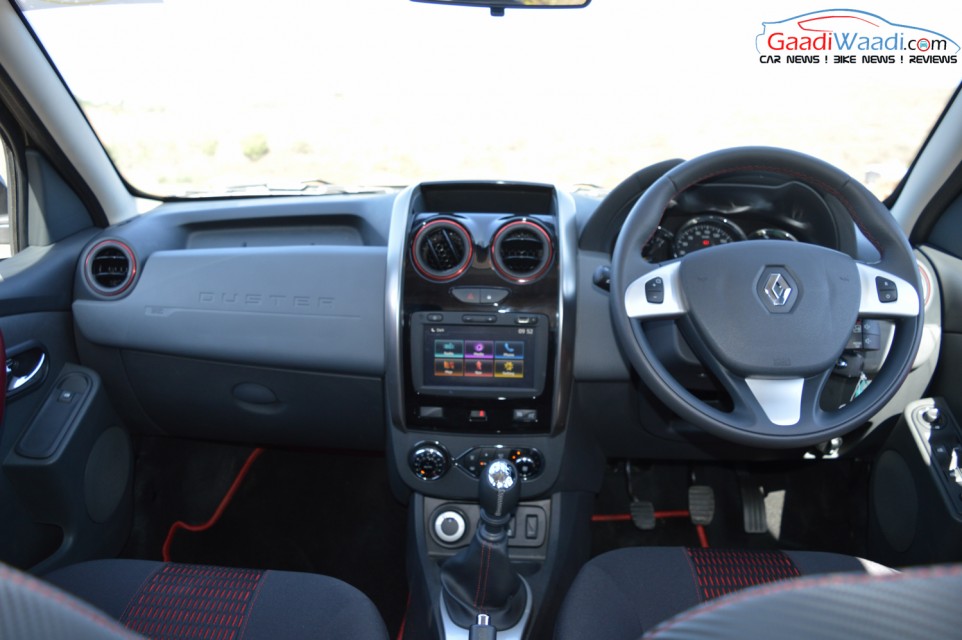 Rearview camera: The new Duster gets rear view camera with guidelines, which makes the parking easier than never before.

New media navigation: The new 7 inch MediaNAV system is the home for entertainments and useful information about the car. It also enables the driver with hands free calling. 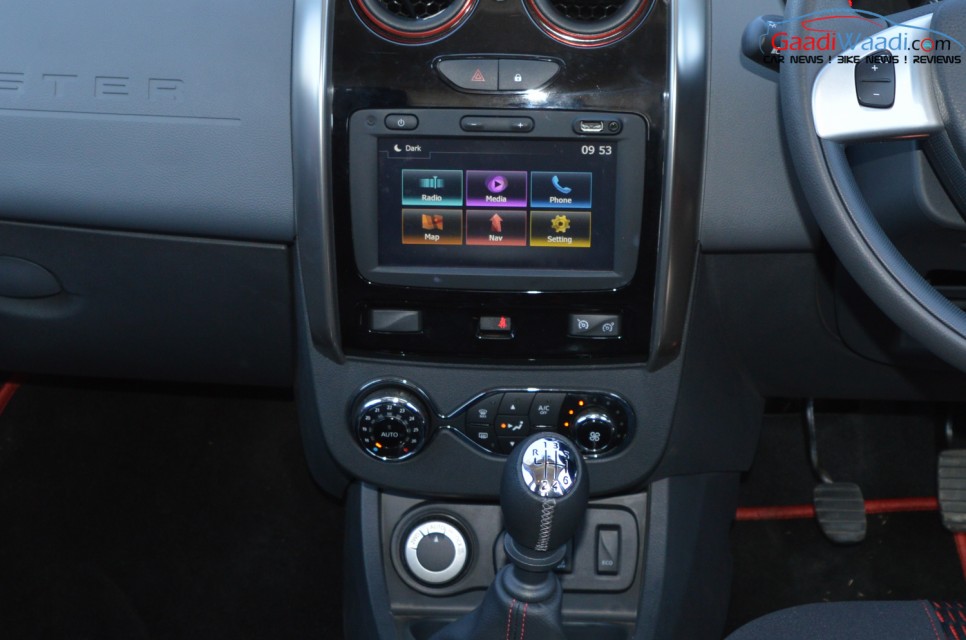 New seat fabric: The new Duster gets superior fabric material for the interior than the previous model. 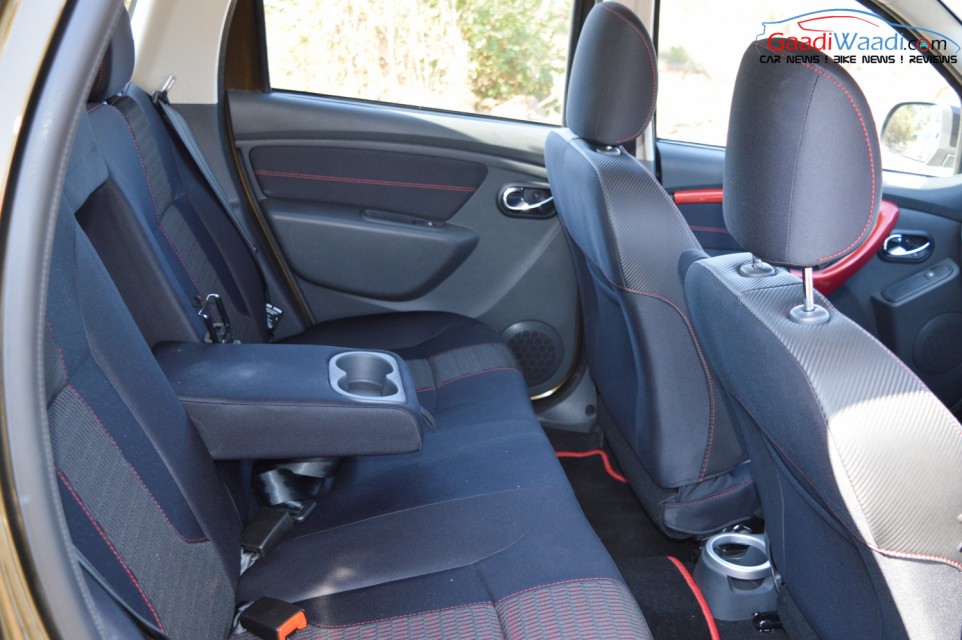 Eco mode: The new Duster gets Eco mode driving option, which lets your car consuming less fuel as per your choice. 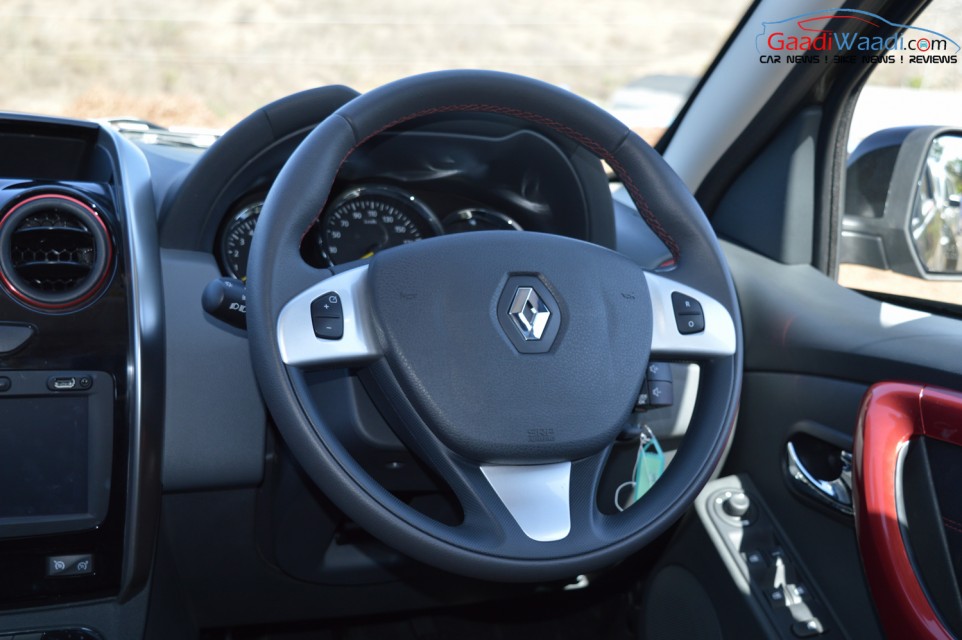 Enhanced safety: Renault claims that the New Duster gets enhanced safety with features like ABS, EBD, Brake assist, dual front airbags, ESP and Hill Start Assist. Although this features are not available at the base variants.

RxS variant: This is a new variant Renault has added in the Duster range. This variant sits right next to the top end RxZ variant.