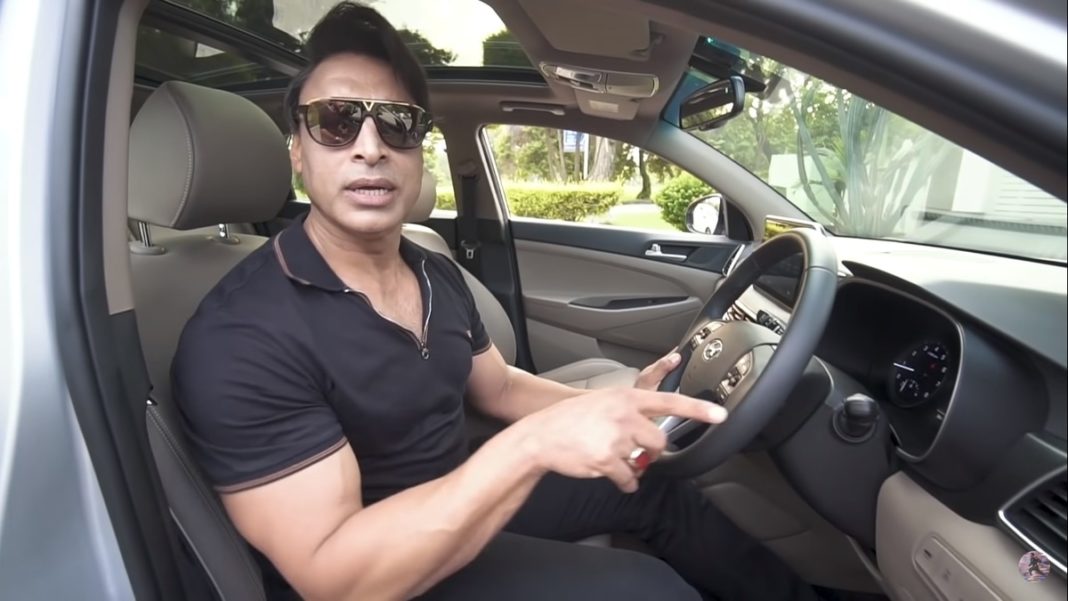 Last month, Hyundai launched the new-generation 2021 Tucson SUV in its home market, South Korea. The new-gen model will also make its way to India, but the company hasn’t stated when that will happen. Earlier this year, during the 2020 Auto Expo, Hyundai debuted the facelifted Tucson in India, so the next-gen model might not arrive in India soon. That said the current-gen model is quite an impressive car as well.

In August 2020, Hyundai also launched the Tucson facelift in Pakistan, as the brand’s flagship vehicle. The crossover SUV has already managed to create a lot of buzz in our neighbouring country, and has also caught the eye of retired cricket star Shoeb Akhtar. In fact, he even decided to review one on his YouTube channel.

The review begins with a brief look at the exterior of the car. The Tucson is quite a handsome car; it gets LED DRLs, along with LED headlamps adorning the face. The front grille is quite massive, and has a lot of chrome on it. Its dimensions aren’t too big, but the SUV still has a lot of road presence. After that, we take a glimpse at the interior of the car.

The Tucson gets a 10-way power-adjustable driver’s seat, and the power steering is extremely light, both of which add convenience to the car. The instrument cluster consists of analogue dials with an MID in the middle, and you also get steering mounted controls for audio and cruise control. 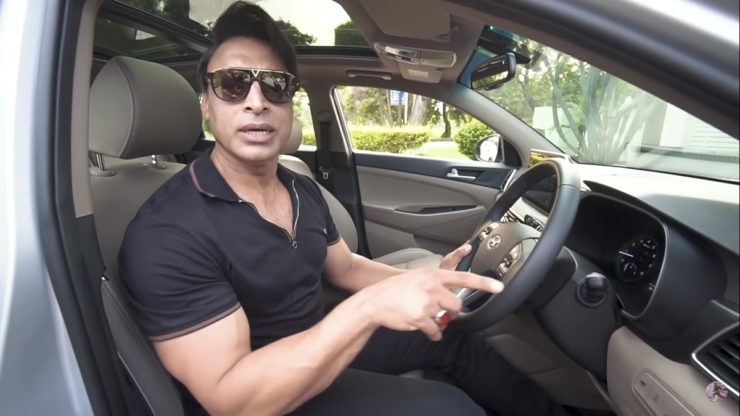 In the Pakistani car market, the Hyundai Tucson is available with a 2.0-litre, naturally aspirated, petrol engine, which generates a maximum power of 150 HP and a peak torque of 192 Nm. It comes paired to a 6-speed automatic transmission only, which sends power to all four wheels. Overall, this crossover SUV is quite impressive, and surely suits the ‘Rawalpindi Express’!