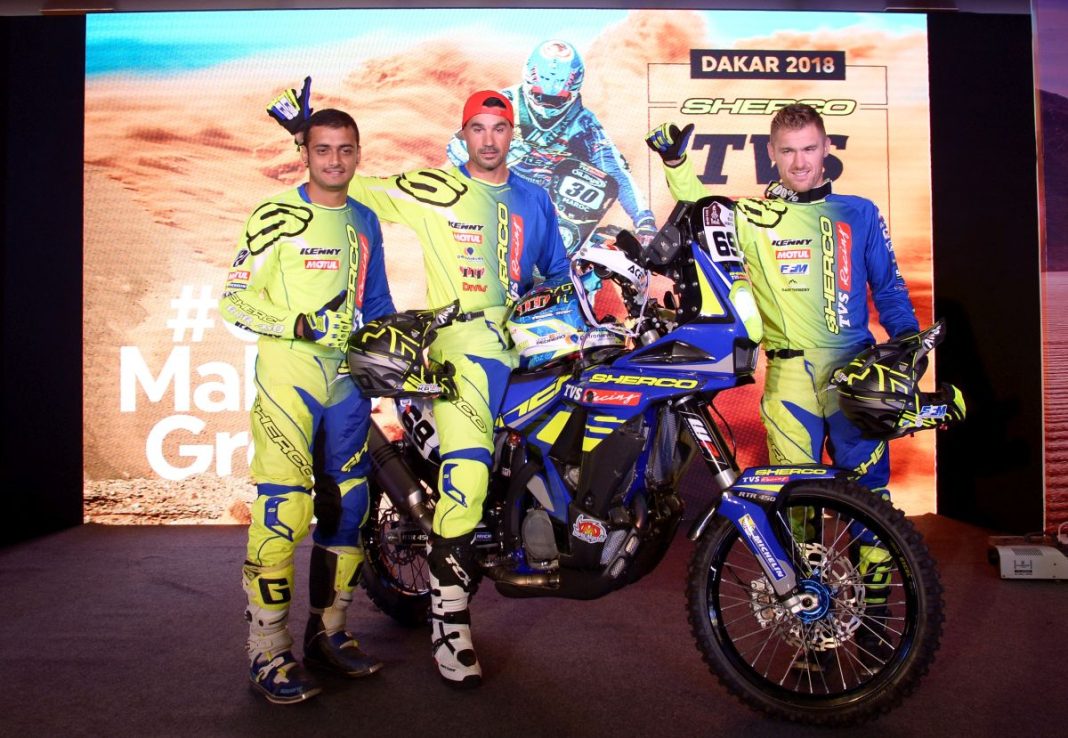 The team will be participating in Dakar for the third time; rally starts on January 6 in Bolivia

Sherco TVS Factory Rally Team has announced its rider line up that will compete in the 2018 edition of Dakar Rally. The team will be taking part in Dakar for the third time. This time, Sherco TVS will be coming up with three riders that go by the name Aravind KP, Adrien Metge and Joan Pedrero. The team is eyeing for a top 10 finish in the 2018 Dakar Rally.

The three riders will be participating in the rally with a TVS RTR 450 rally bike. Out of them, Joan Pedrero is the most experience one and will be competing in the event for the 10th time. Adrien Metge will be taking part for the third time while for Aravind KP, this will be his second time. 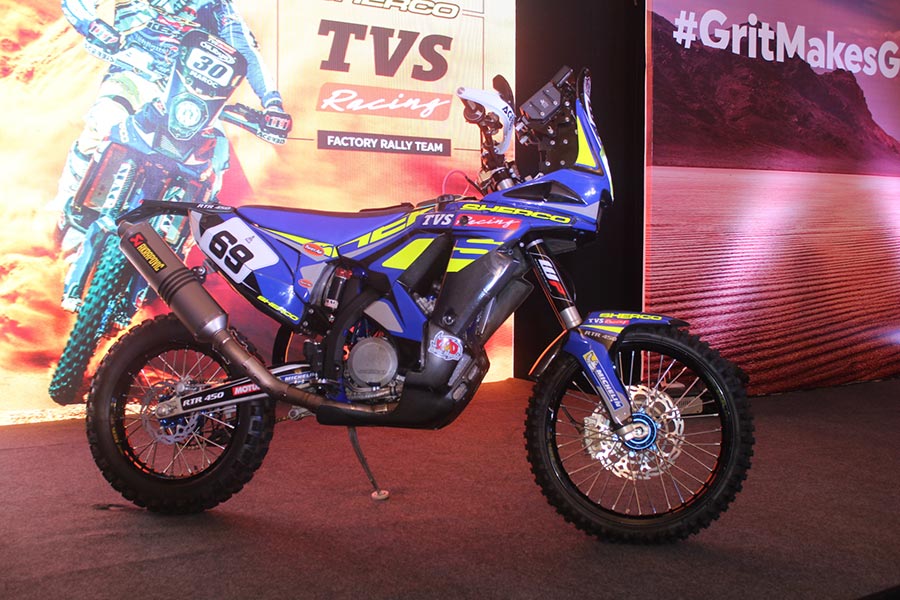 In the last year’s edition of Dakar Rally, Pedrero finished 13th while Metge finished 22nd. During his debut, Aravind KP failed to finished the rally. The Sherco TVS team looks all set for the 2018 Dakar and the team even gained good standings in the 2017 Panafrica Rally. While Joan and Metge scored the two spots under top 10, Aravind finished 12th.

For those not in the know, the Dakar Rally in undoubtedly the toughest endurance race in the world. The 2018 Dakar will be the 40th edition of the rally. The riders participating in the rally will have to cover close to 9,000 kilometres and they will be meeting some of harshest terrains on their way. The 2018 Dakar Rally will be held for a duration of 15 days. The rally will kick start from Bolivia on 6th January and will finally conclude on 20th January in Argentina. 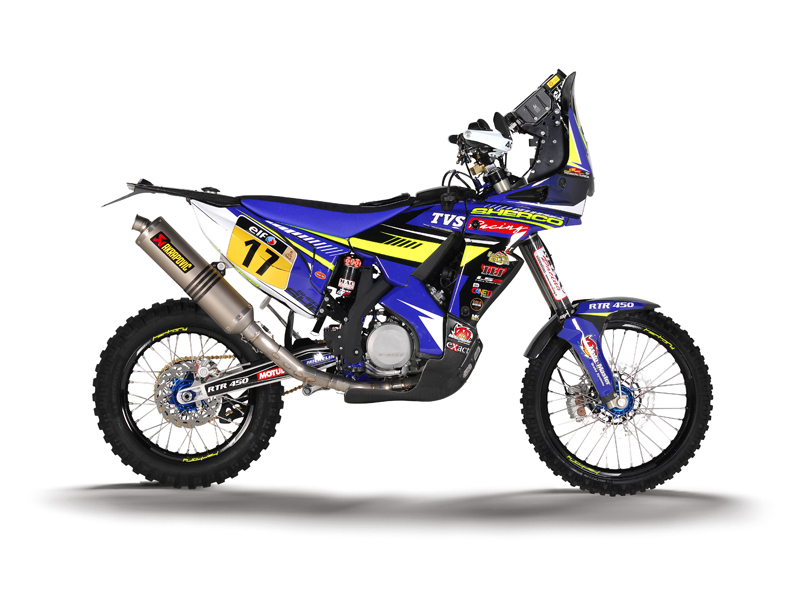 In other news, TVS Motor Company is gearing up for some important and premium launches in the coming months. The very long awaited TVS Apache RR 310S will be launched this fiscal. Besides, a TVS 125cc scooter with sporty lines has also been spied recently and it is expected to hit the showrooms sometime next year. The company is also working on an electric scooter based on the Jupiter and it will likely be launched next year as well.