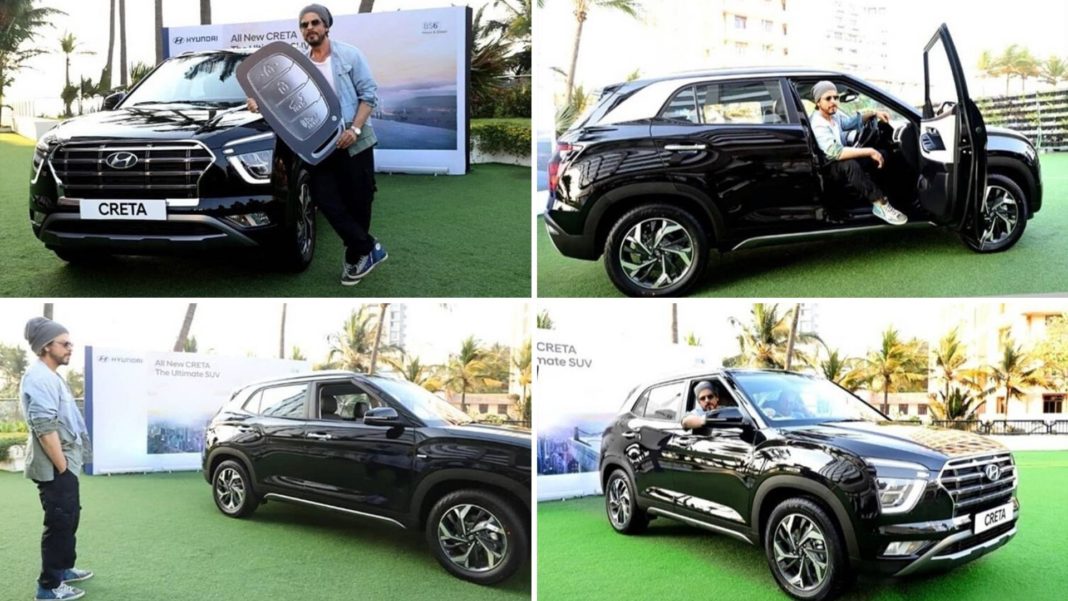 The 2020 Hyundai Creta that SRK received is possibly the range-topping SX(O) variant that is equipped with the 1.5L petrol engine, coupled with a 6-speed IVT

The King of Bollywood, Shah Rukh Khan, has been the face of Hyundai Motor India Ltd since over two decades now. The actor started his association with the Korean automaker back in 1998, when he was lead in Santro’s TVC. Twenty-two years later, SRK was also part of the new-gen Creta’s unveiling at the 2020 Auto Expo last month. Right after the car’s official launch on March 16, Mr Khan received an all-new Creta from the Hyundai India management in Mumbai.

While the fuel variant of the Creta he received has not been revealed, but by taking a look at it we can tell that it is the range-topping SX(O) trim with diamond cut alloys that comes with all the bells and whistles. Hyundai offers the 2020 Creta with three different powertrains, including a 1.5L petrol, a 1.5L diesel and a 1.4L turbocharged petrol engine as well.

The 1.5L petrol engine generates 115 PS of maximum power along with 144 Nm of peak torque, and can be had with either a 6-speed manual transmission, or an IVT automatic gearbox. The 1.5L oil burner puts out a similar 115 PS power, but the max torque output is rated at 250 Nm. The said engine can also be had with a 6-speed MT, along with an optional automatic gearbox. 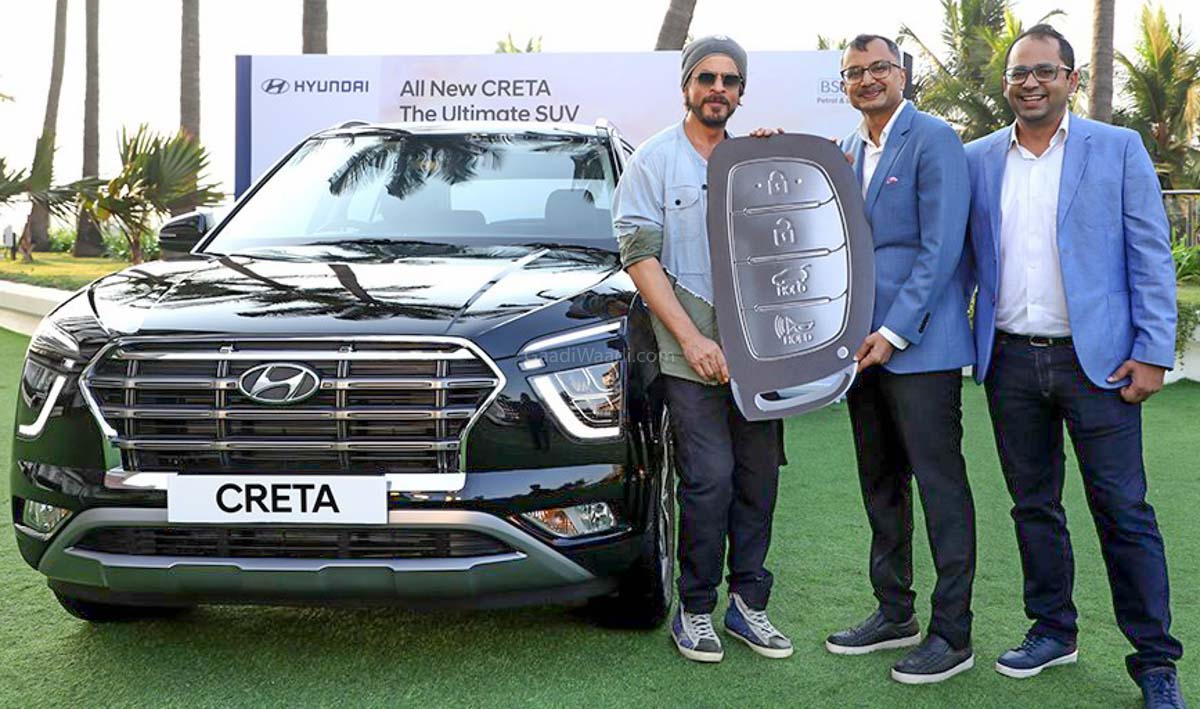 The most powerful 1.4L turbo petrol engine makes 140 PS power, and 242 Nm torque, while it can only be had with a 7-speed DCT as standard. The said powertrain is available with the SX and the SX(O) variants, and we believe that the Creta that Shah Rukh Khan received from Hyundai Motor India, came with this powertrain.

Hyundai retails the 2020 Creta at a starting price of Rs 9.99 lakh, which goes up to Rs 17.20 lakh (both prices, ex-showroom) for the top-end trim. The SUV competes against the likes of the Kia Seltos, Nissan Kicks, Renault Captur, and even the MG Hector, in the Indian market.