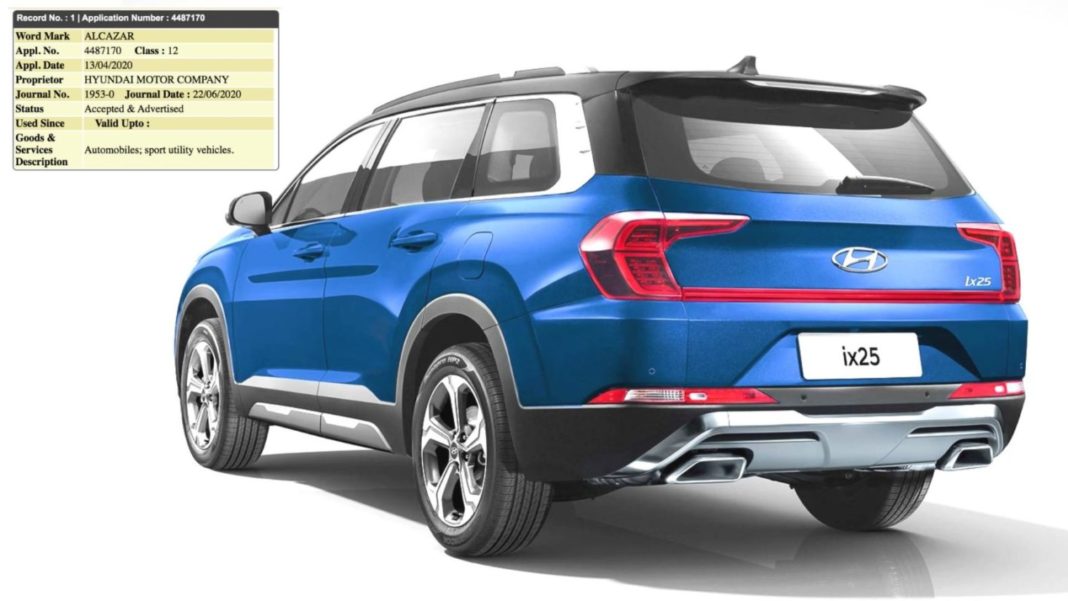 Hyundai Alcazar is expected to go on sale by the middle of 2021 and it could be priced between Rs. 16 lakh and Rs. 20 lakh (ex-showroom)

Hyundai Motor India Limited (HMIL) unveiled the second generation Creta in February 2020 at the Auto Expo before putting it up on sale the following month. The original Creta set the benchmark for more mid-size SUVs to follow as it dominated the segment for nearly five years. The Kia Seltos launched in August 2019 turned out to be a huge success for the Hyundai subsidiary.

It took the place of the Hyundai Creta at the top of the sales charts for many months due to its premium package stuffed with an appealing equipment list. However, the new-gen Hyundai Creta got back to its glory within a few weeks of its market debut as it rose to the top again. The mid-size SUV has been dominating the proceedings in recent months as it emerged as the largest selling SUV for four consecutive months.

The Creta’s range will be expanded further mostly next year as a seven-seater that could be dubbed the Alcazar is expected by the middle of 2021. Caught already testing in its home market of South Korea, the three-row SUV will follow the latest trend of the mid-size premium SUVs receiving more passenger accommodating variants – MG Hector Plus and upcoming Tata Gravitas are prime examples.

The Alcazar could have minor frontal styling updates compared to the five-seater Creta while the side profile will likely boast a longer rear overhang to accommodate the final row of seats. In addition, the changes to liberate more space meant that the rear could be redesigned with new tail lamps and tailgate structure. The bootspace capacity could also be sacrificed by some margin with the inclusion of the third row.

The existing Creta’s design is borrowed from the latest iX25 sold in China and it gets a host of features such as a 10.25-inch touchscreen infotainment system with BlueLink connectivity, seven-inch instrument cluster, eight-speaker Bose audio, ambient lighting, leather seats, panoramic sunroof, and so on. We reckon these features to be part of the Alcazar’s equipment list as well.