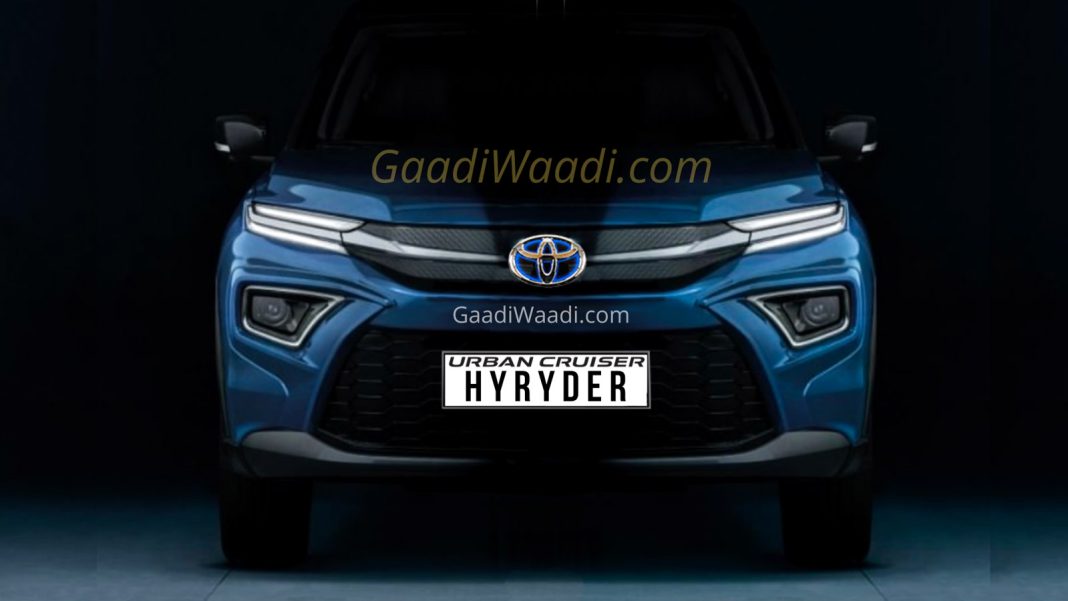 Toyota Kirloskar Motor (TKM) is preparing to host the global debut of its all-new midsize SUV tomorrow in India. The five-seater will compete against Hyundai Creta, Kia Seltos, MG Astor, Skoda Kushaq, Volkswagen Taigun, Nissan Kicks and others in the highly competitive segment upon its market launch later this calendar year.

Ever since Toyota trademarked the Urban Cruiser Hyryder name, the speculations surrounding the product have been running wild. Over the last few days, the Japanese auto major has been teasing the upcoming midsize SUV on its social media handles and further increasing the expectations. The Toyota Hyryder will play a huge role in the brand’s prospects in garnering high volume sales.

The Hyryder is expected to have an overall length of around 4.3 metres and is developed in partnership with Maruti Suzuki. Internally codenamed D22, the midsize SUV will more likely sit on the same Global C platform as the forthcoming Maruti Suzuki YFG and the architecture can also be found in the S-Cross, global Vitara and Brezza.

The production of both the SUVs will commence at Toyota’s Bidadi plant in Karnataka from August 2022 onwards. Besides teasing the exterior details of the Urban Cruiser Hyryder, Toyota has also been giving glimpses of its feature list and it has been confirmed to get an all-wheel-drive variant. It will be the first of its kind as its rivals do not offer such a configuration.

The platform is also expected to be high on safety as Toyota could target five stars in the Global NCAP safety ratings. The Toyota Urban Cruiser Hyryder will be powered by a 1.5-litre four-cylinder K15C mild-hybrid petrol engine as the facelifted Ertig and XL6 and it will likely generate 103 PS maximum power and 137 Nm of peak torque. 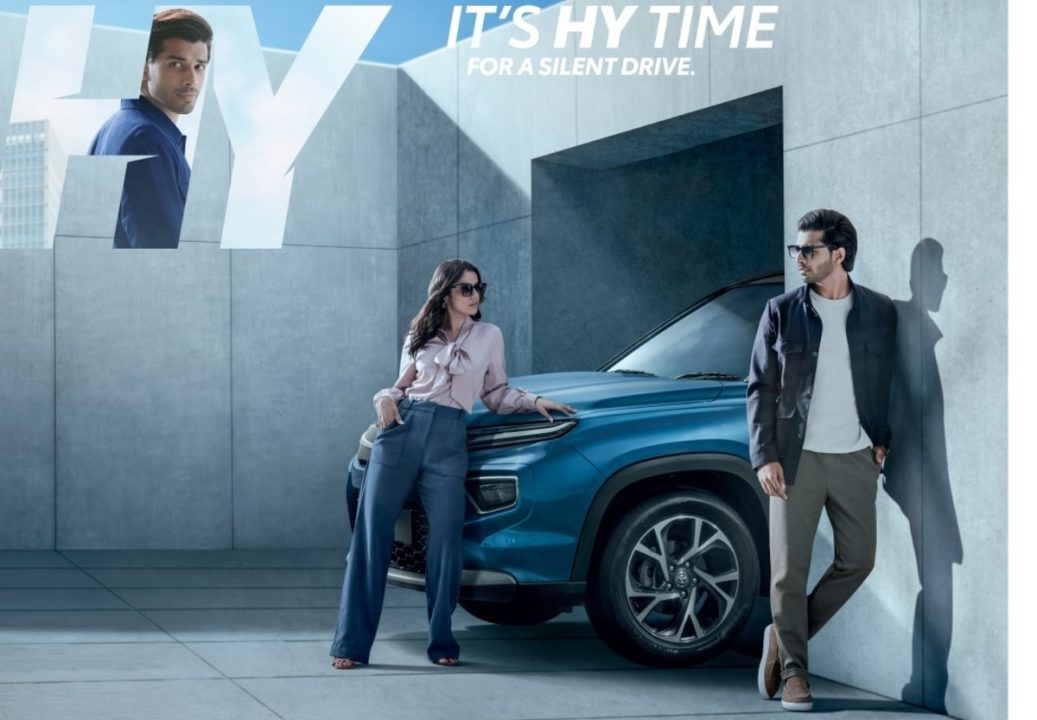 The segment-first 1.5-litre strong hybrid powertrain is said to develop around 116 PS and it will likely be paired with a six-speed CVT automatic transmission. The smaller petrol will be available with manual and AT choices as well. Expect the price range to hover around Rs. 10.5 lakh to Rs. 18 lakh (ex-showroom).