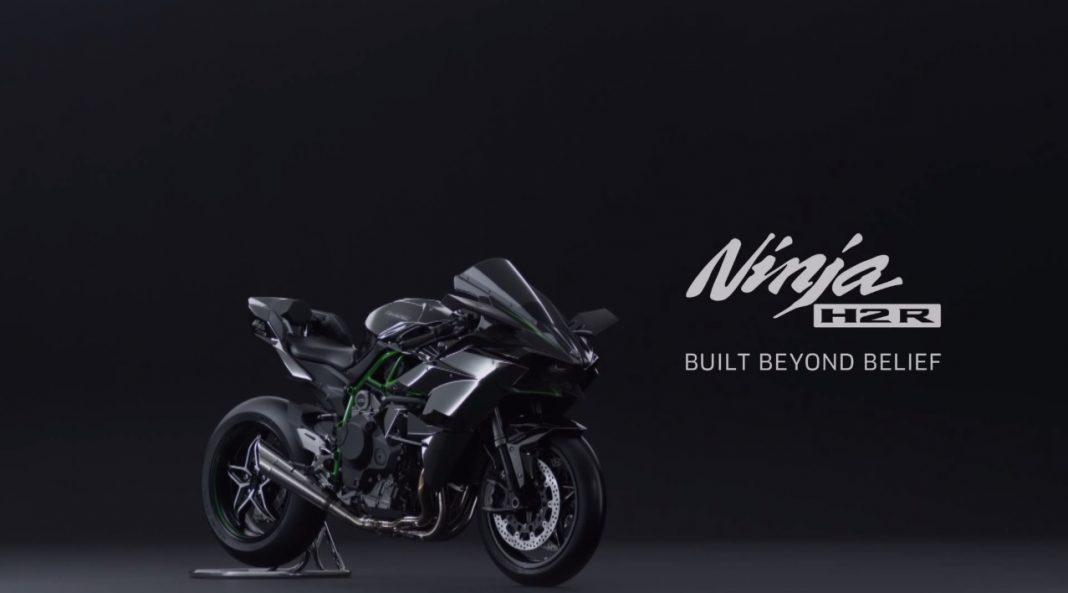 Kawasaki Ninja H2 has been in the market since 2005. The more aggressive variant H2R has been built exclusively for the usage in closed course. The supercharged engine in the Kawasaki Ninja H2R comes re-tuned to churn out 310 hp of peak power at 14000 rpm.

Recently a video came up in the internet, which shows the Turkish famous professional motorcycle racer riding a Kawasaki Ninja H2R on a track, where the motorcycle hits 391 kmph within minutes. A Spanish publishing house released the video of the Kawasaki Ninja H2R hitting the amazing speed mark. The Turkish rider didn’t try to hit higher speed marks although. He has won the four Supersport World Championships in 2007, 2010, 2012 and 2015. Interestingly, the Turkish motorcycle racer has joined the Indian Mahi Team, which is owned by Indian cricketer Mahendra Singh Dhoni.

The Kawasaki Ninja H2R rides on Bridgestone Racing Battlax V01F Soft tyre at the front and Bridgestone Racing Battlax V01R medium tyre at rear. The H2R sports plenty of carbon fibre elements at the fairings to make it sport oriented and lighter. The Ninja H2R’s chassis has been built to stay stable even at extreme high speeds, great cornering ability. The motorcycle has been built to deliver supreme aerodynamic efficiency. The body frame comes designed to minimize the drag and ensuring control. While designing this motorcycle Kawasaki took help from its aerospace wing to enhance the aerodynamic capability. The motorcycle comes with sharply designed fascia.

The power source for the motorcycle is a 1.0 litre supercharged liquid cooled four stroke four cylinder. The motorcycle comes with a wheelbase of 1455 mm. The Kawasaki Ninja H2R weighs 238 kilogram, and altogether the wheelbase and lighter weight of the superbike makes it easily controllable. Distinguished from the Kawasaki Ninja H2 the H2R comes as more expensive with a price tag bearing around extra 50000 Euro.