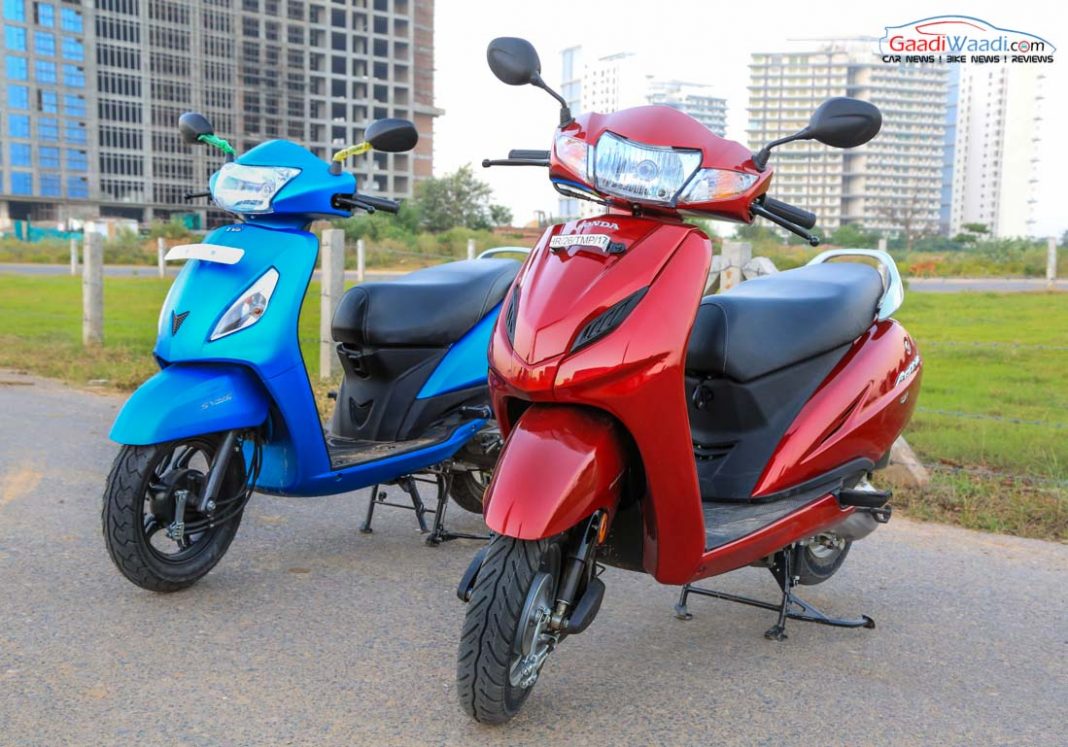 Manufacturers have been spending big money to bring up new scooter segments as the market’s scope for scooterisation has predominantly increased over the years. The entry-level premium scooter space has seen a noticeable number of launches this year like TVS Ntorq 125, Aprilia SR 125 and Suzuki Burgman Street 125.

The Honda Activa found itself leading the two-wheeler chart in monthly sales more times as opposed to falling behind the mighty Hero Splendor. However, the overall statistics say otherwise. Having endured double-digit surge for seven consecutive years, the scooter segment is recording lowest growth among the whole industry.

The scooter volume in the current financial year between 2018 and 2019 witnessed only 7 percent growth when compared to over 18 percent in the same period last fiscal. On Contrary, the cumulative motorcycle sales that registered 8 percent growth between April and August 2018, clawed up the tally to 15 percent this time around.

The scooter growth is reportedly saturated and huge diversity won’t be possible anymore. As per SIAM data, the Indian passenger vehicle space has grown by more than 10 percent in the first five months of this FY while the light commercial vehicles and medium-heavy commercial vehicles’ sales surged 34 percent and 55 percent respectively.

Over to three wheelers, it has managed 44 percent growth and the two-wheelers posted 11.50 percent sales increase with motorcycles being responsible for majority it, as scooters accounted for only 6.77 percent. Yamaha’s sales volume was down by 13 percent whereas Hero MotoCorp saw a drop of more than 11 percent.

Both companies have witnessed appreciable growth in motorcycle sales during the same period. The substantial increase in petrol price is also cited as a reason for the growth saturation in scooter space. Honda dominates domestic scooter market with 59 percent share and even it could not outnumber its own motorcycle sales growth.

Another key reason for general public preferring motorcycles is the high mileage. With petrol price continuously increasing, they would not find a better reason to buy scooters over motorcycles despite the former’s advantage in comfort and convenience. This could trigger an EV movement in the near future to bring back the high growth rate in scooter sales.