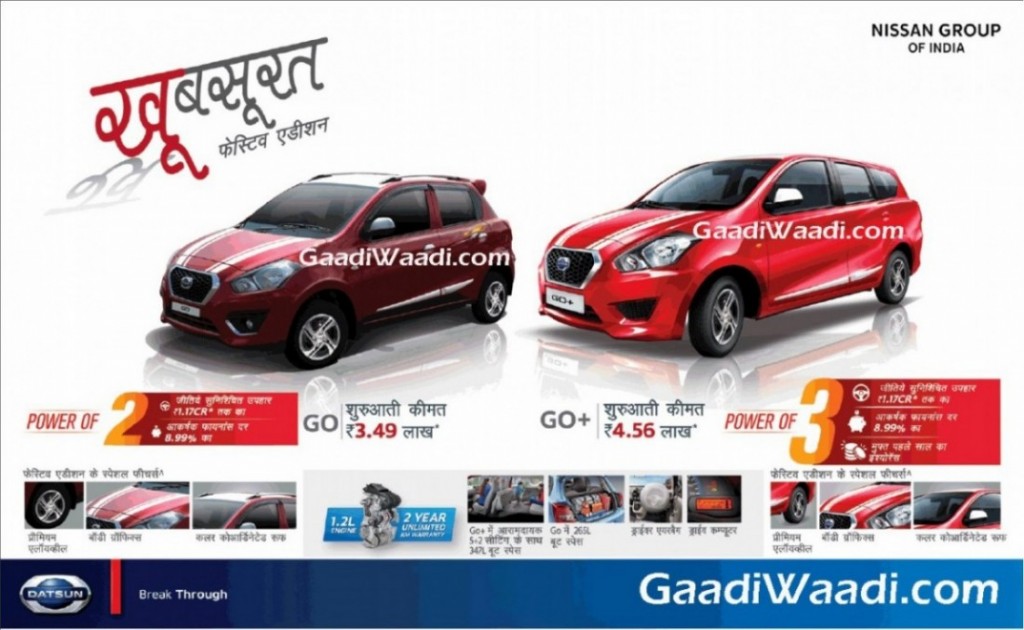 In the last twelve months, the Japanese brand’s entry-level GO hatchback has been doing steady sales number at a monthly average of 700 units. Whilst the hatchback-based GO+ MPV has been retailed at 900 units in average every month since launching in January earlier this year.

These sales figures are encouraging for the company that’s been having only two products in the market despite far off the numbers its rivalling vehicles managed to garner. In the wake of the festival season, Datsun is aiming to lure in more customers with the launch of the Datsun GO and GO Plus Festive Editions. 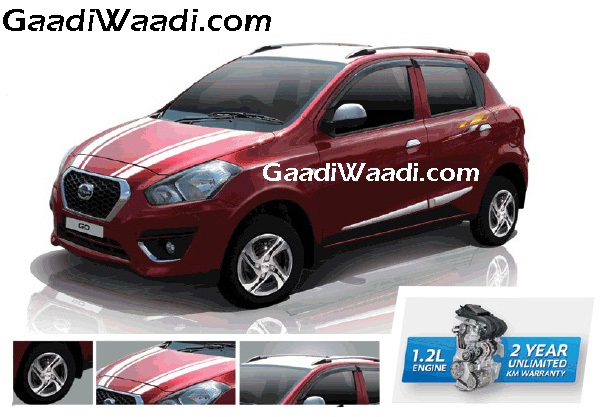 The festival edition GO hatchback will get new colour coordinated white roof, alloy wheels, hood decals, roof rails, side mountings and ORVMs in white colour. Additionally, 8.99% finance and 1.17 crore worth of gift hampers are available for the buyers.

As for GO+ MPV, it will come with alloy wheels, hood decals and body graphics, colour coordinated roof, white coloured ORVMs and as like the hatchback 8.99% finance and 1.17 crore worth gifts are there for the consumer’s taking with free insurance facility also on offer. 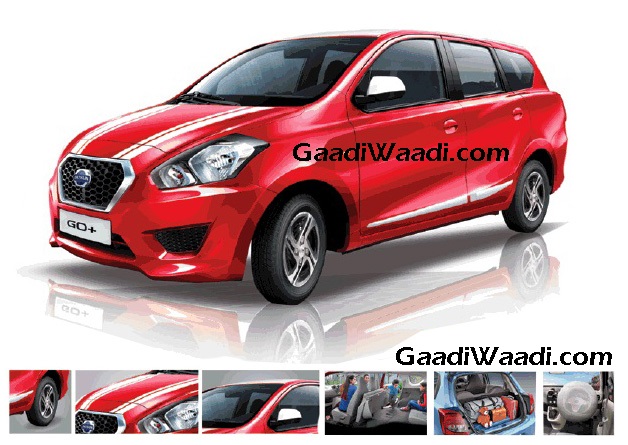 After three decades of absence, Datsun’s return was announced in 2012 and its first Indian car is the GO hatchback rolled off the production lines in March last year.

More than 100,000 units were sold globally ever since the brand’s resurrection which marks the successful completion of the first phase of its return, according to Global Head of Datsun, Vincent Cobee.

Alongside continuing the growth of sales and service networks in its four existing markets – India, Indonesia, Russia and South Africa – the company is all-set to introduce a new offering in our country at the beginning of next year based on the new Renault-Nissan Alliance CMF-A architecture that underpins Renault Kwid. 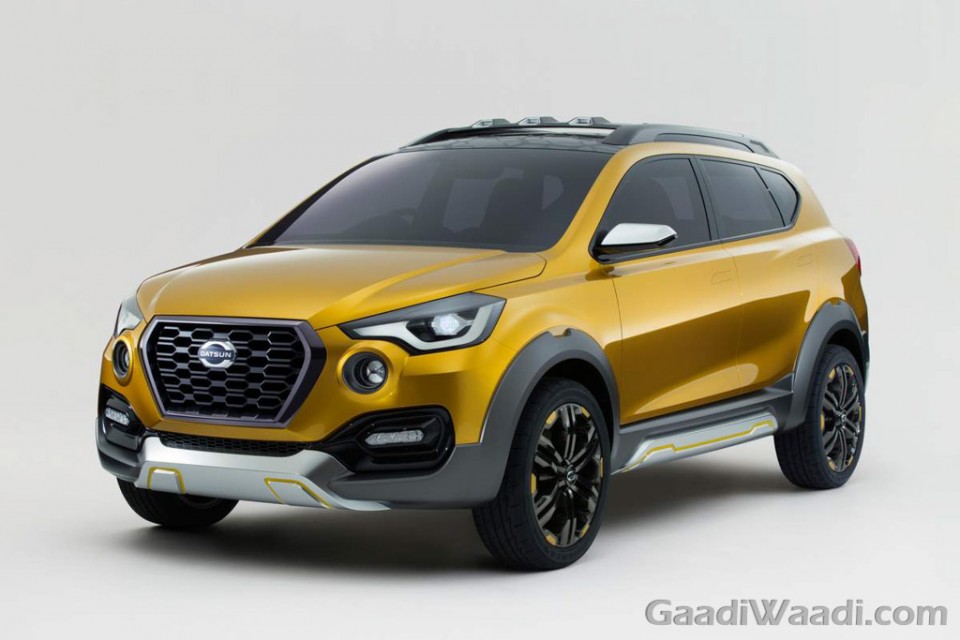 Following the footsteps of Datsun GO and GO+ family, Datsun revealed the GO-cross concept at the Tokyo Motor Show. It was the Nissan budget brand’s second concept car in less than a year and half since returning and is expected to make its way to India in 2016.