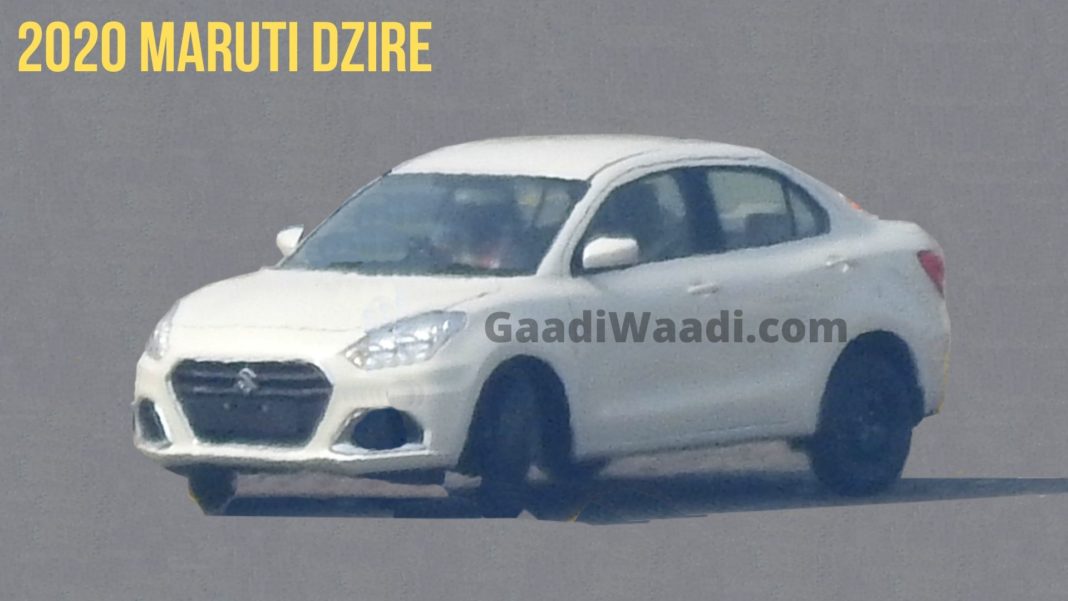 2020 Maruti Suzuki Dzire gets cosmetic and feature updates along with a new 1.2-litre DualJet petrol engine found in the Baleno

Maruti Suzuki India Limited (MSIL) has the Dzire as one of its top-selling models in the domestic market on consistent basis. On sale since 2008, the compact sedan has set new benchmarks for the brand for more than a decade now and it still continues to dominate. With the competition growing, Maruti Suzuki will likely launch the facelifted Dzire later this month or in early April.

The sub-four-metre sedan segment has seen tougher competition over the years and the Hyundai Aura was introduced only recently replacing the Xcent with more modern exterior and interior alongside new features. Moreover, the Tata Tigor has received an update with an evolved exterior and inclusion of more premium bits and pieces.

We brought you exclusive details of the 2020 Maruti Suzuki Dzire facelift only a couple of days ago and standing in testament, it has been spotted for the first time. The changes are in line with the rendering we showed you as well. The exterior comprises of an evolved front fascia with notable updates such as the bigger hexagonal front grille. 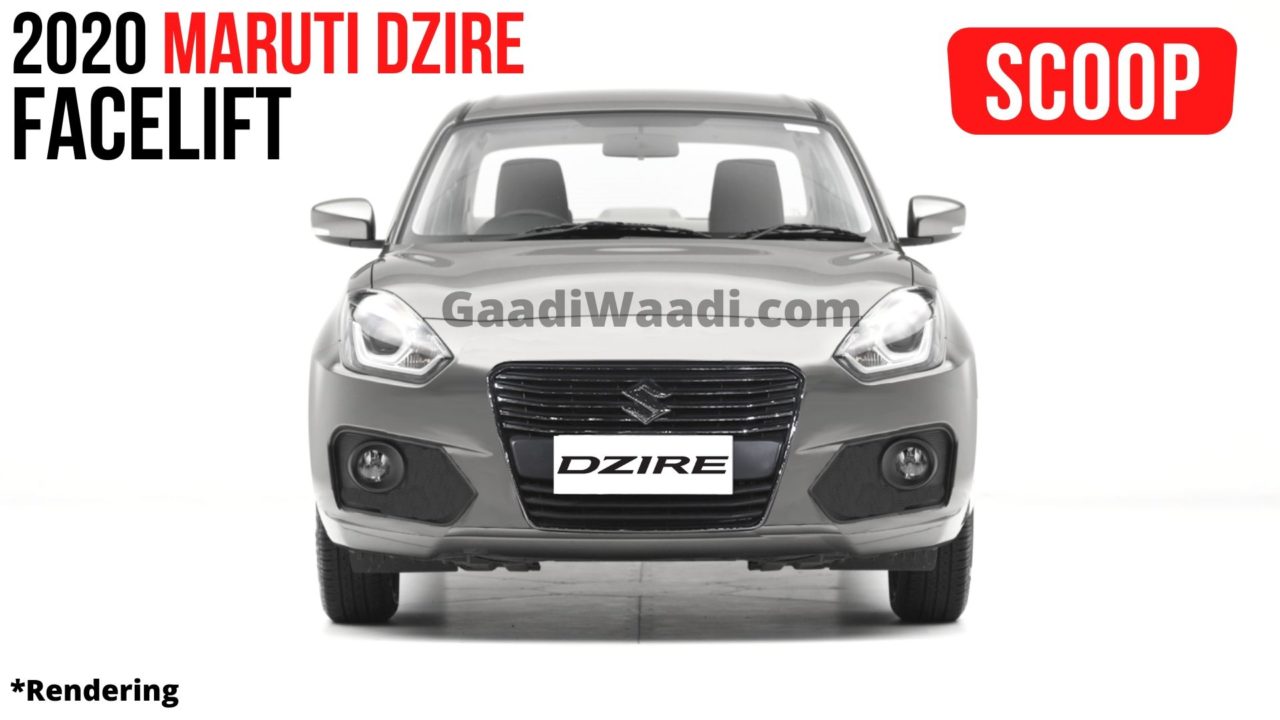 The headlamps have become slimmer along with the addition of new housing for the fog lamps. The overall silhouette of the five-seater sedan remains the same and the rear end also gets subtle cosmetic revisions. We do expect the largest carmaker in the country to add new features on the inside including premium wooden finish and seats with 3D look.

Some of the new features that will be part of the package are ESP (Electronic Stability Program) with Hill Hold function, cruise control, flush type parking sensors, latest SmartPlay touchscreen infotainment system with Apple CarPlay and Android Auto connectivity. It will also boast voice recognition and cloud-based functions as in the facelifted Vitara Brezza and Ignis.

The same engine can also be found in the Baleno and it will be claimed to deliver 23.26 kmpl in five-speed manual variant and 24.12 kmpl in the five-speed AMT (AGS).