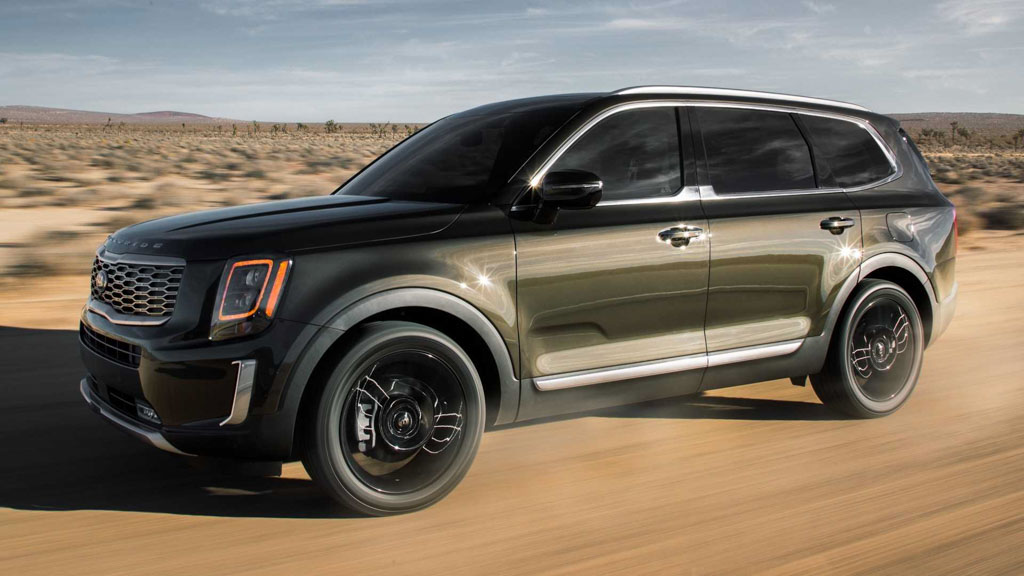 Just over a month and a half ago, Hyundai unveiled its flagship eight-seater SUV known as the Palisade in Los Angeles based on the HDC-2 Grandmaster concept. Kia, on the other hand, was teasing the production version of its Telluride since the NY Fashion Week in September 2018 before bringing purpose-based concepts to the SEMA show at Las Vegas Convention Center.

With the 2019 North American International Auto Show in Detroit just got kicked off, the road-going Telluride is finally here with plenty to focus on. The exterior of the range-topping Telluride is bold and dynamic with the signature Tiger Nose front grille with honeycomb mesh pattern, a busy bumper section with wide air intake, flared wheel arches, stacked headlamps, and a compact rear end.

Born out of Kia’s Design Center in California, the spiritual sequel of Borrego is the largest vehicle produced by Kia in terms of footprint and has an interior offering ample space. The eight-seater full-sized SUV derives power from a 3.8-litre V6 engine, which is good enough to produce a maximum power output of 291 hp at 6,000 rpm and 355 Nm of peak torque delivered at 5,200 rpm. Customers will have the option to choose between standard front-wheel- or all-wheel-drive system as optional. 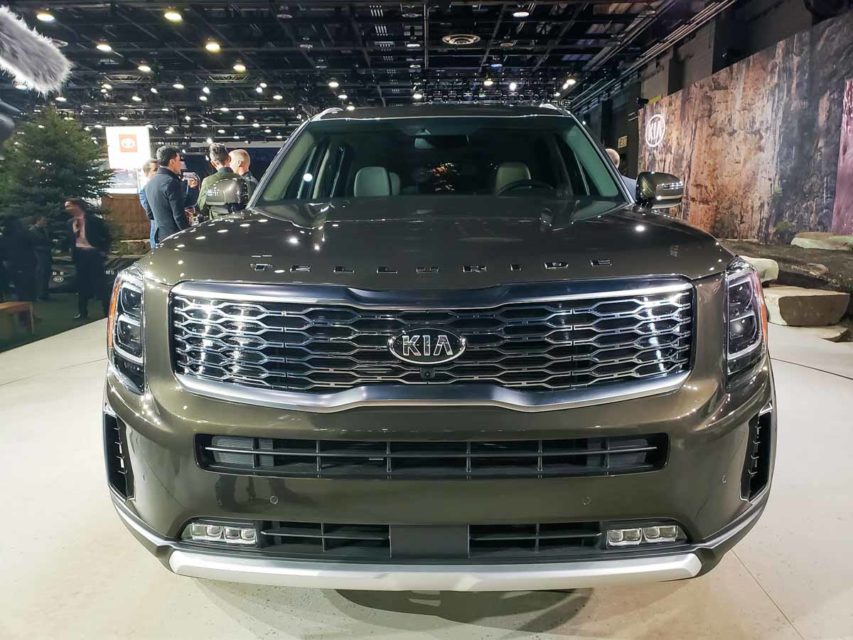 The AWD is offered only with an eight-speed automatic transmission. The Eco and Smart driving modes will channel all the power to the front axle while the Comfort or Snow mode will see front to rear power distribution in the ratio of 80:20. The Lock mode can be selected for even distribution of power and the Sport mode will send 35 per cent of it to the rear.

The interior is jam-packed with driver assistance and safety features besides the presence of in-car entertainment systems. Significant among them are a 10.25-inch touchscreen infotainment system with Apple CarPlay and Android Auto connectivity, Harman Kardon 650 W audio with ten speakers, wireless charging, and as much as six USB charging ports. 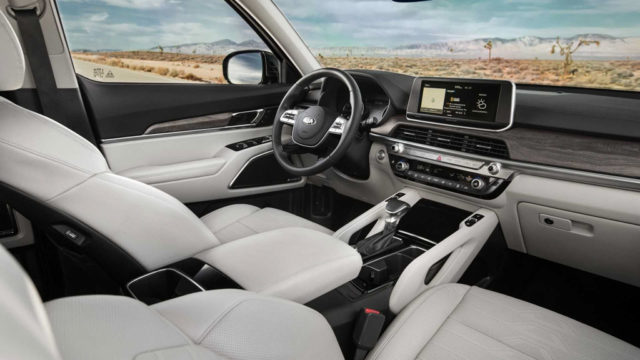 Built at Kia’s Georgia facility, the Telluride will be sold in four grades and up for sale from 2020 onwards. The South Korean carmaker has not just focussed on the interior space but plied its trade on fuel efficiency with less CO2 emission, and to have good driving dynamics with several assistive techs.

It boasts a raft of safety features including Lane Departure Warning, Lane Keep Assist, Smart Cruise Control, Forward Collision Warning, Rear Occupant Alert for detecting child or pet movement at the back when locked using ultrasonic sensors and alert the driver, Blind Spot Detection, and so on.