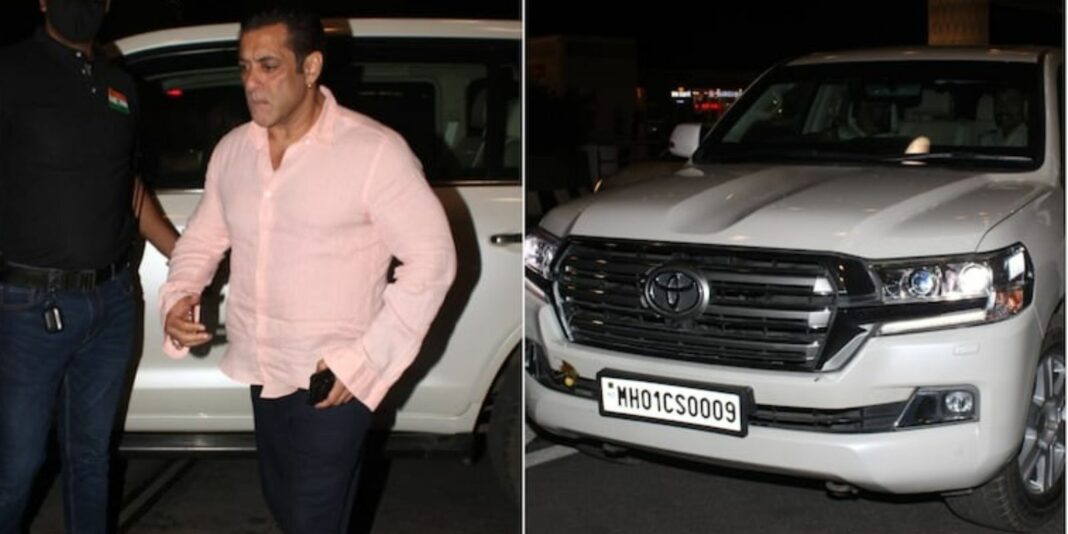 Salman Khan is a well-recognised face and is known for a number of hit movies that he has so far worked in. The Bollywood celebrity however received a series of threats a couple of weeks ago and has since then beefed up his security. He was also seen travelling in his new bulletproof Toyota Land Cruiser following the threats. Here is everything you need to know about Salman Khan’s new bulletproof Toyota Land Cruiser SUV.

For those wondering, this is not the all-new Land Cruiser LC300 that the Japanese carmaker introduced in the global markets earlier as it is yet to make its Indian debut. Furthermore, no official armoured kits are currently being offered by Toyota in India unlike many other brands including Mercedes-Benz and BMW which makes us believe that this Land Cruiser LC300 has been modified by some aftermarket armouring garage.

Armoured bulletproof cars often feature thick sealed glasses on all six sides while the doors are also beefed up using thick and heavy armour plates. The engine compartment is also modified to give extra protection. In many cases, the underbody of the car is also worked upon to protect the car from IED blasts.

Special plates are usually installed on the roofs, making the vehicle completely bulletproof. Depending on the armour kits used, the protection levels can be as high as VR8 or VR9. The overall protection offered by Salman Khan’s Land Cruiser however is yet to be known.

Thicker glasses and heavy armour plates increase the weight of the vehicle by a significant margin that not only takes a toll on the overall performance but in addition to this, also affects other mechanical components including the suspension. It is hence advised that the buyers should opt for a powerful car if they are planning to install bulletproof kits soon.

In addition to this bulletproof Toyota Land Cruiser, Salman Khan also has a number of other luxury cars in his garage. These include cars like the Range Rover Autobiography, Audi RS7, Mercedes AMG GLE 63 S, Mercedes Benz GL-Class, and many more.