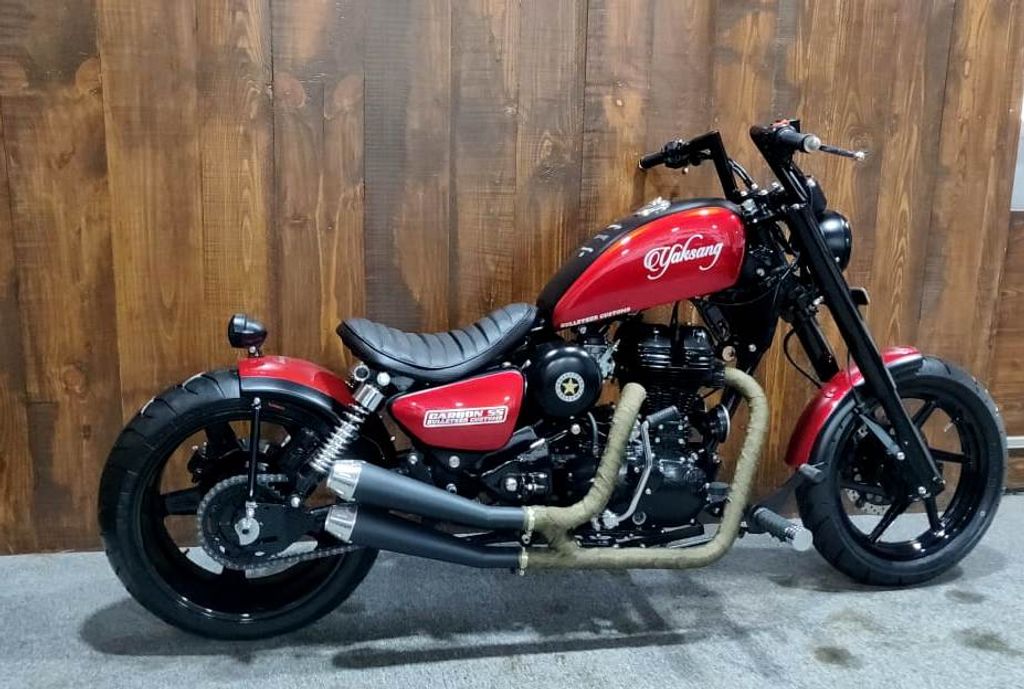 Royal Enfield bikes are one of the most customised bikes in India, here are five recent modification jobs that will make you go wow

Royal Enfield bikes have been around for more than a century. In India, the brand has been present for a long time now and is known for their thumping engines and vintage looks.

This particular model has been designed by Puranam Designs based out of Delhi. The vintage looking hardtail custom chopper looks extremely classy and reminds of the early 1900s bikes, which had a similar elongated tank design.

The bike seen here is based on the Classic 500, which is one of the best selling Royal Enfield bikes in India. The final version of the bike looks nothing like the stock Classic 500. All the body parts of the bike have been updated with new custom ones that give an all-new identity to the bike.

One of the most noticeable changes in the bike is the front suspension system. It has been custom made and not the regular telescopic fork set-up. It gets a new Girder fork at the front that gives it an exemplary styling. The elongated tank and the customised seat add a very vintage look to the bike. 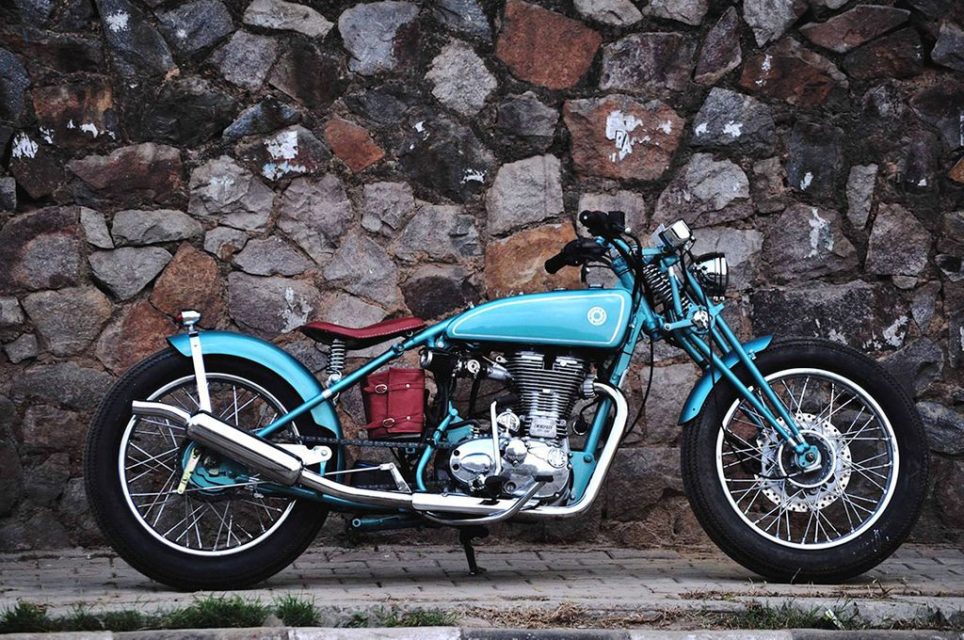 This customisation job has been done by the EIMOR customs and it looks incredible. The modification job looks fantastic and is based on the Royal Enfield Thunderbird 350. It has been completely transformed into an attractive looking cruiser bike.

The Kapidhwaja gets a wider look with new wider handlebar and rides on huge 18-inch wheels. The wheels are unique as they get 80-spokes, giving them a very busy and authentic look. The stock headlamp of the bike has been replaced by a new, smaller LED unit and the tail lamp unit is made up of brass. 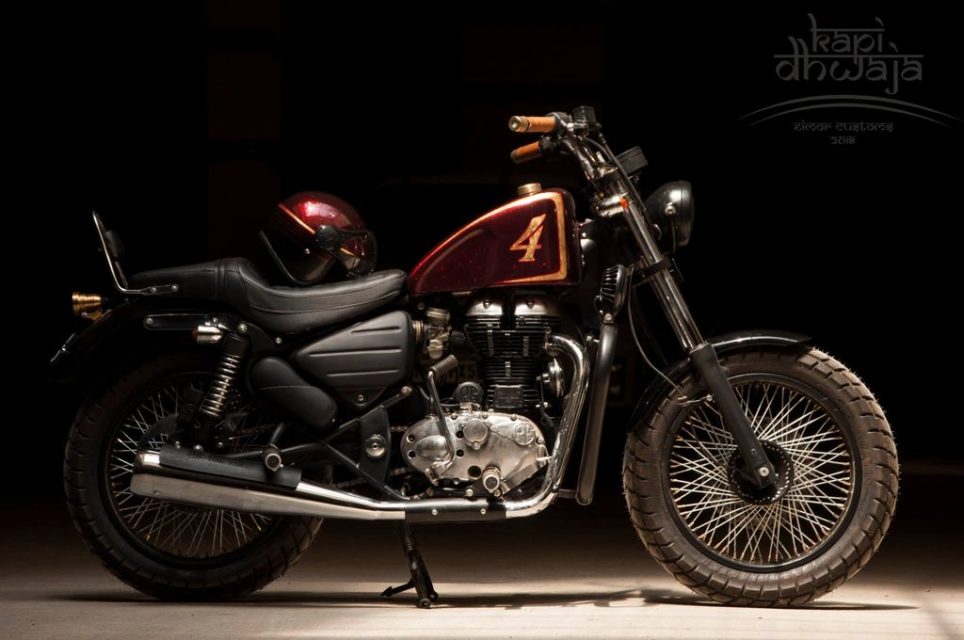 The bike has been modified by Paul Smith, who is the head of an Indian firm called Jugaad & Co. This modification job looks superb and gets a true bobber design. The minimalistic design is what makes this Royal Enfield truly different. The whole bike is hand built. The parts like the chassis and the handlebar have been custom built to give the authentic bobber look to the bike. 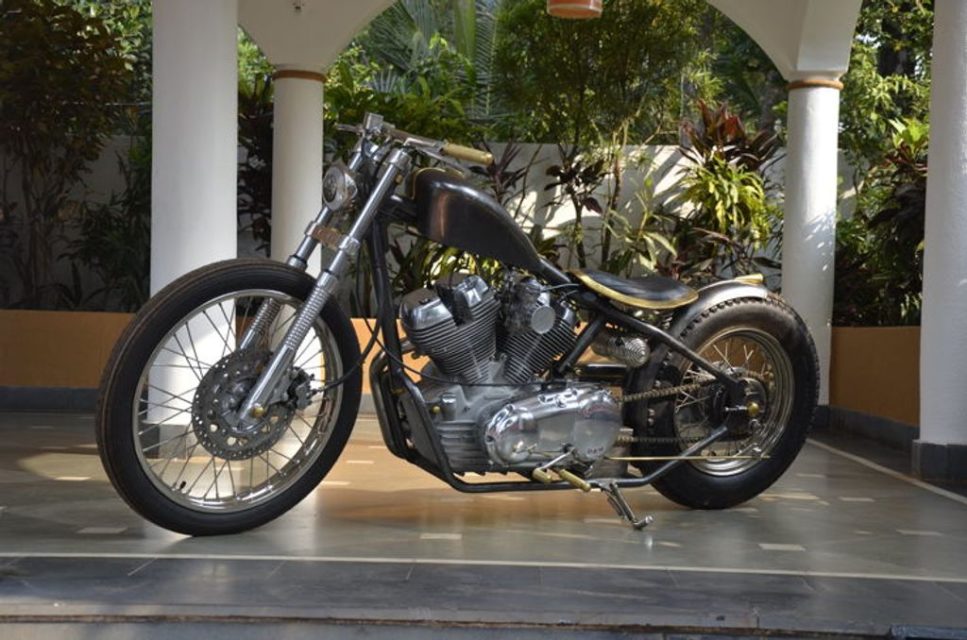 The Ghost Rider bike became extremely popular when Nicolas Cage starrer movie used a burning motorcycle. Many enthusiasts around the world customised their motorcycles to look like the Ghost rider bike. Here is a similar attempt that was done on a Royal Enfield Bullet Electra.

The bike has been enthusiastically modified to look like an odd ball. It gets custom front-end with a V-Twin engine cover that gives an illusion of V-Twin engine conversion. The most interesting part of the bike is the front-end that gets a skeleton-shaped headlamp unit and a muscular cover on the telescopic front fork. The bike also gets customised seats and extremely fat rear and front tyres.

The Classic 500 based bike gets an original bobber design that looks like the Harley Davidson Street 750. It is called the Yaksang and gets modifications like a shortened front and rear fenders with high-set handlebars and single low-slung seat. It also gets a peanut shaped tank, which is a must for a Bobber bike.