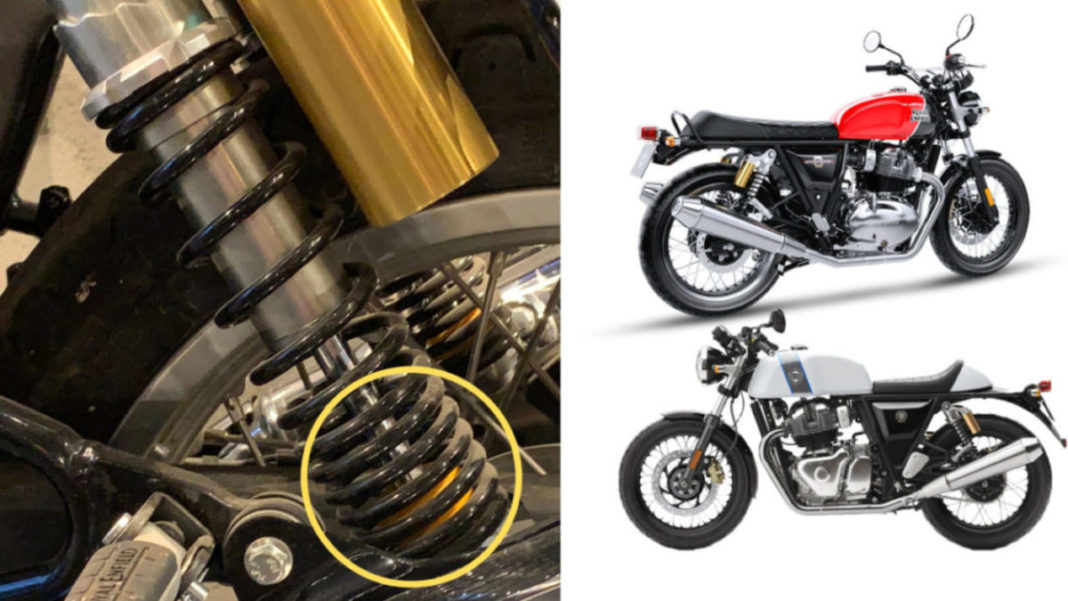 In an exclusive report, we can reveal that Royal Enfield has been upgrading the rear suspension system of the Interceptor 650 and Continental GT 650 with rubber buffer built-in. No official recall has been issued by the brand but the owners complaining about the rear suspension have received new shocks. The first lot of 650 Twins delivered did not have this rubber buffer setup and they can be upgraded at authorised showrooms with free of cost.

Royal Enfield started 2019 on an auspicious note as the 650 Twins crossed 5,000 unit sales in first 4 months and the Interceptor 650 has been the most preferred motorcycle. The Interceptor 650 was awarded Indian Motorcycle of the Year 2019 and is one of the biggest launches in the two-wheeler industry last year.

The 650 Twins come with the standard warranty of three years and the customers wanting to add a personal touch can choose from 40 different customisation items with two-year manufacturer warranty. Both the Interceptor 650 and Continental GT 650 are built on a double cradle steel tubular chassis developed by UK-based Harris Performance and they have several commonalities to streamline the production operations and reduce cost.

The all-important 648 cc parallel twin-cylinder engine with 270-degree firing order has air as well as oil cooling and is good enough to pump out a maximum power output of 47 bhp and 52 Nm of peak torque. It is connected to a six-speed transmission with slip-assist clutch as standard – first for a RE.