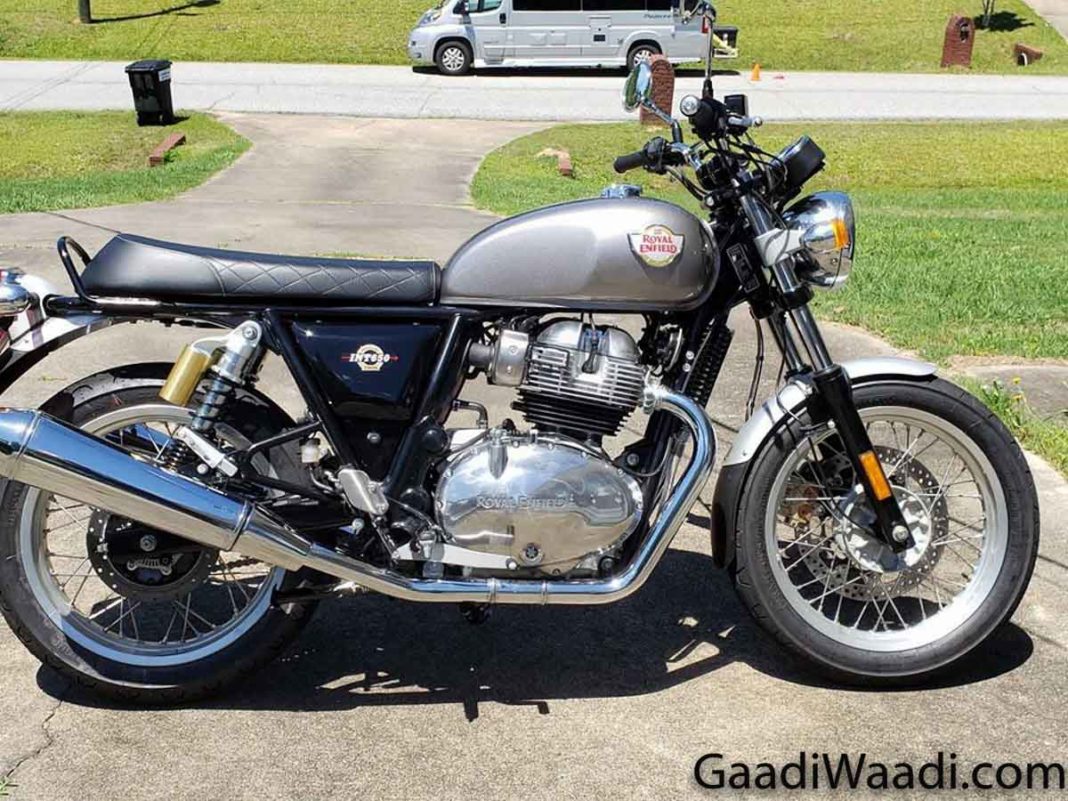 Royal Enfield has lived up to its big bike promises and proved that it can compete against the likes of Harley-Davidson and Triumph by stepping out of its comfort zone in the middleweight category. The arrival of the long sought after Interceptor 650 and Continental GT 650 has been a shot in the arm for the brand’s export plans as they are well received among domestic as well as global audiences.

The Chennai-based manufacturer owned by Eicher Motors unveiled the 650 Twins at the 2017 EICMA show in Milan before making Indian debut at the Rider Mania event in Goa. The Interceptor 650 went on sale in the United States ahead of India late last year, priced from USD 5,799 while the Continental GT is quoted at USD 5,999.

The Interceptor 650 has been the most sold model among the two and Royal Enfield has consistently clocked over 1,000 unit sales in recent months. Launched in November 2018, the combined sales have got past 5,000 units in just five months and it is a never-before-seen volume tally for a high capacity motorcycle series in the modern era. 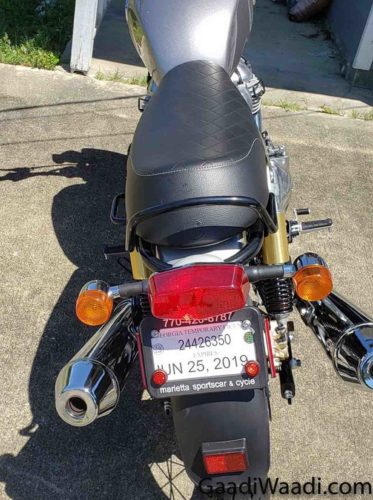 If social media post of an Interceptor 650 owner from the US is to be believed, Royal Enfield has now updated the Interceptor 650 for that market with notable changes. The most significant update of them all is that the modern classic Interceptor 650 is badged INT 650 instead as Honda owns the Interceptor trademark in the US. Additionally, the headlamp gets round lens treatment and the side turn indicators are round in shape.

No mechanical changes have been made though as the INT 650 is powered by the all-new 648 cc parallel twin-cylinder air/oil-cooled fuel-injected SOHC producing 47 horsepower at 7,250 rpm and 52 Nm of peak torque delivered at 5,250 rpm. It is mated to a six-speed transmission with slip-assist clutch as standard. 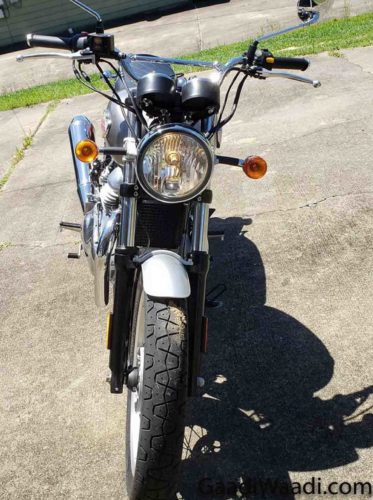 The Royal Enfield INT 650 takes retro design inspiration from the iconic Interceptor of the 1960s. Based on the double cradle, steel tubular frame, the INT 650 employs 41 mm telescopic front forks and twin coil over shocks at the rear while braking is handled by single 320 mm disc in the front and 240 mm disc at the rear with dual channel ABS offered as standard. It rides on 18-inch wheels wrapped by a 100/90-18 front and a 130/70-18 rear tyre.