Royal Enfield has endured tremendous success with the Interceptor 650 and Continental GT 650 over the last two years. Introduced in late 2018, both the flagship motorcycles reached stardom in no time as they became the best-selling premium motorcycles in the country in a whisker. Additionally, the 650 Twins along with the Himalayan helped in RE establishing itself in the top flight in the international markets as well with impressive sales numbers.

The 650 Twins are aggressively priced in the domestic market and thus they do not have any direct rivals in terms of the performance and pricing. The no-frills package without fancy electronic aids has worked a treat for the Chennai-based manufacturer, which struggled in recent times following the health crisis but it has recovered in recent months steadily as the whole industry is making progression.

While the two-wheeler manufacturers reaped the benefits of the festive season, they are well aware of staying a step above one another in the new calendar year and this is where new launches come into play. Royal Enfield had already replaced the Thunderbird with the Meteor 350 based on a new double cradle frame and a new 349 cc engine. 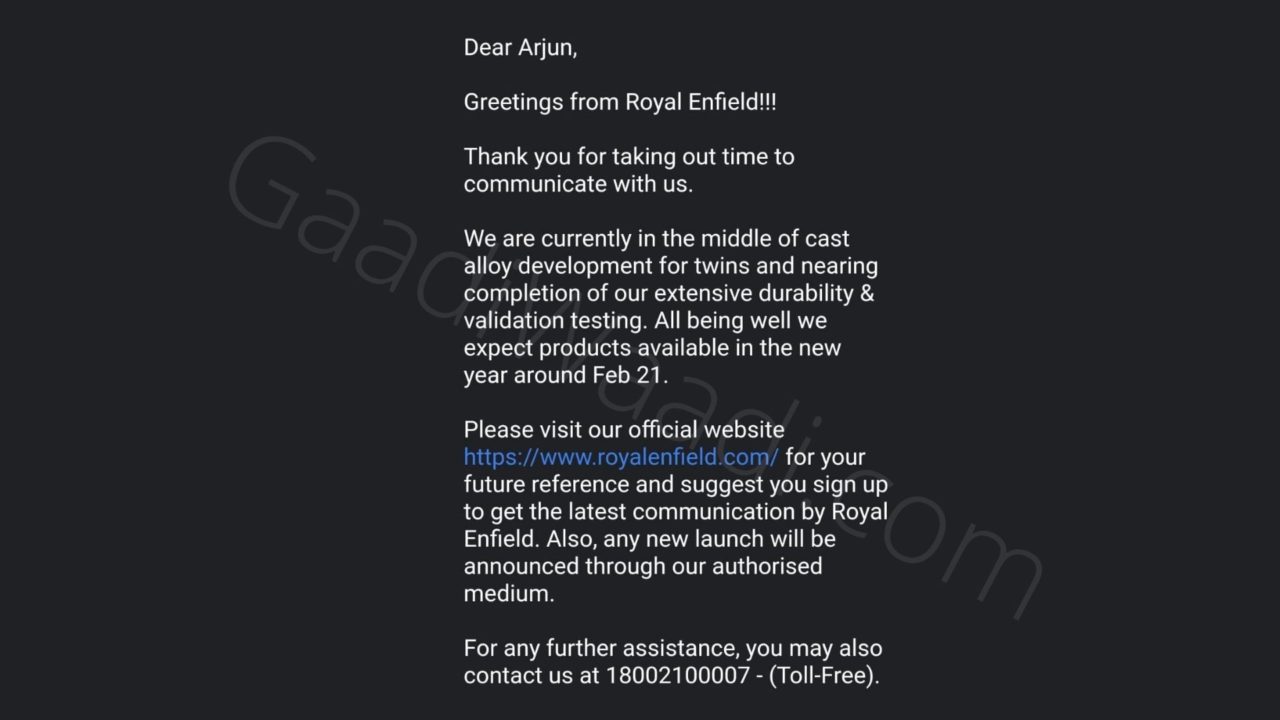 It has already been spotted testing a number of new motorcycles including the next generation Classic 350, a cruiser based on the 650 cc platform and a Triumph Street Twin styled model. RE wrote to a possible customer on an enquiry that it is in the middle of cast alloy development for the 650 Twins and is nearing completion of durability and validation testing.

Therefore, the Royal Enfield 650 Twins could arrive with cast alloy wheels as an accessory that will more likely be included in the configurator and they are expected to be up on sale around February. As for the performance, the Interceptor 650 and Continental GT 650 use a 648 cc parallel twin cylinder engine with 270-degree firing order.

It develops a maximum power output of around 47 PS and 52 Nm of peak torque. The powertrain is paired with a six-speed transmission with slipper clutch while a dual-channel ABS system is offered as standard across the range.