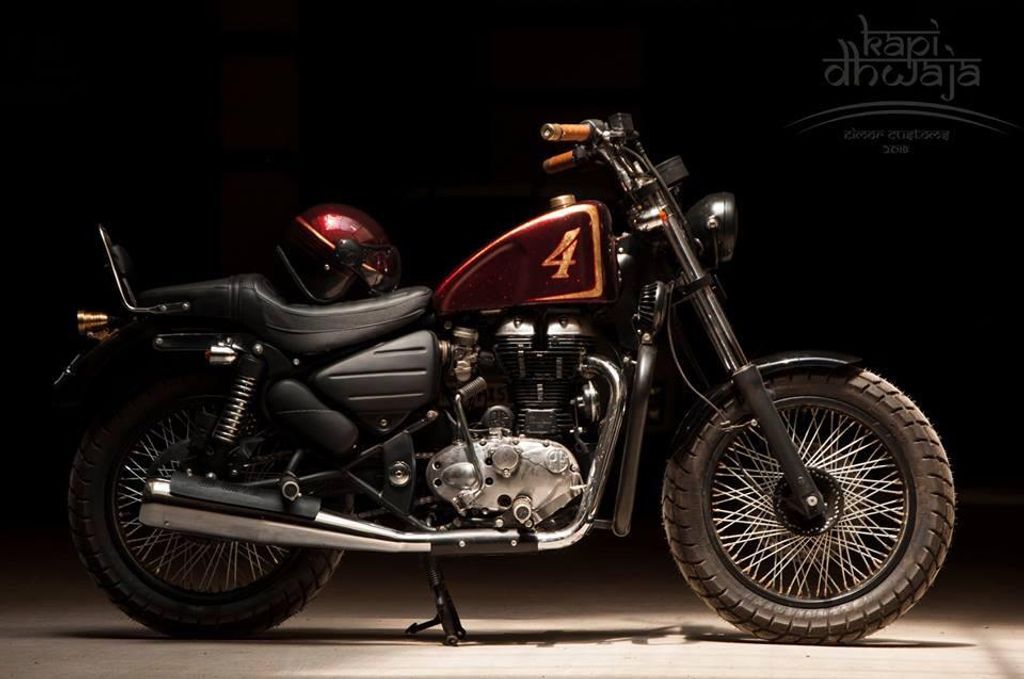 Eimor Customs is one of the most popular names in custom bike modifications in India and their work stand out from its competitors because of the craftsmanship. This Royal Enfield Thunderbird 350 customer from Vijayawada, Andhra Pradesh contacted Eimor Customs to built his dream bike.

Even though the basic design has been carried over from stock Thunderbird 350, the body panels are completely new and the changes start with new small LED headlamp instead of the stock unit. The telescopic suspension has been retained and the bike gets new fender at the front along with a new handlebar.

Eimor Customs has made some changes to the riding position based on the requirements of customers. The dual pod instrument cluster from stock Thunderbird has been replaced for a new single pod digital unit. The biggest change on the modified bike is its fuel tank, which is smaller than the regular model and it gets a peanut design.

The modified Thunderbird 350 also gets a new single-piece seat. The rear design is completely different from the stock bike as it comes with brass tail light and small round turn signals. The side body panels are also new and to make it even more special, the custom shop has given engravings on the bras elements. 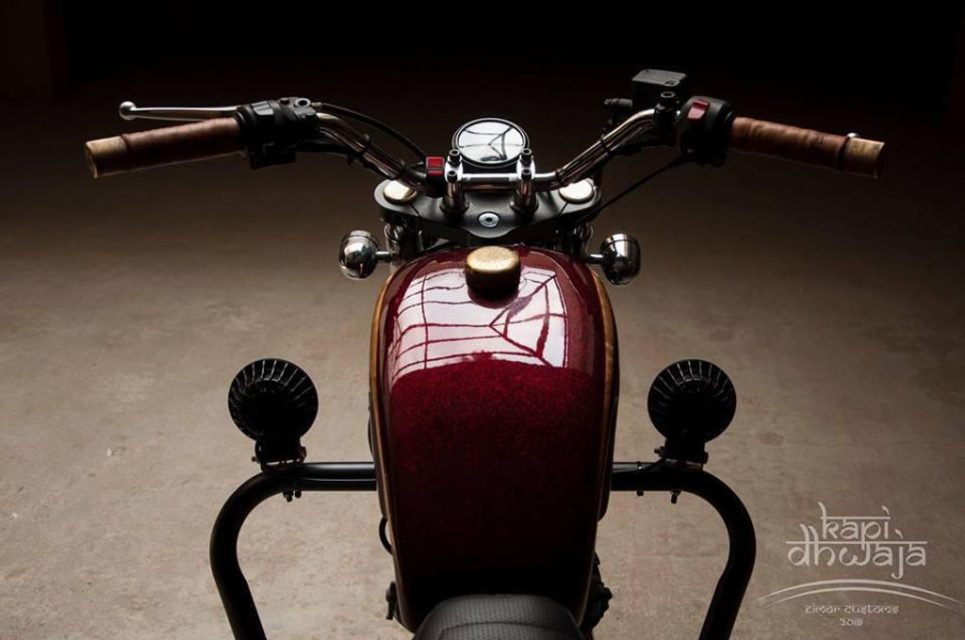 The customer wants to make the bike slightly bigger so Eimor Customs has used a broader Triple Tree and the stock exhaust has been replaced by new Swagman exhaust for a muscular look. The modified Thunderbird 350 rides on 18-inch wheels at front and rear with 80 spoke pattern to make it look different.

Most of the mechanical parts are finished in black, while the body gets a dark red finish. The engine doesn’t come with any changes as it is powered by 346 cc single cylinder engine producing 19.8 bhp of power at 5,250 rpm and 28 Nm of torque at 4,000 rpm. This engine is mated to the same 5-speed gearbox.

The custom bike is named as Kapidhwaja and it is the name of Arjuna’s Chariot in Mahabharata, which means having flag o Kap (monkey) in his chariot. Eimor Customs took two months to complete this project but they haven’t revealed the cost of modifications.