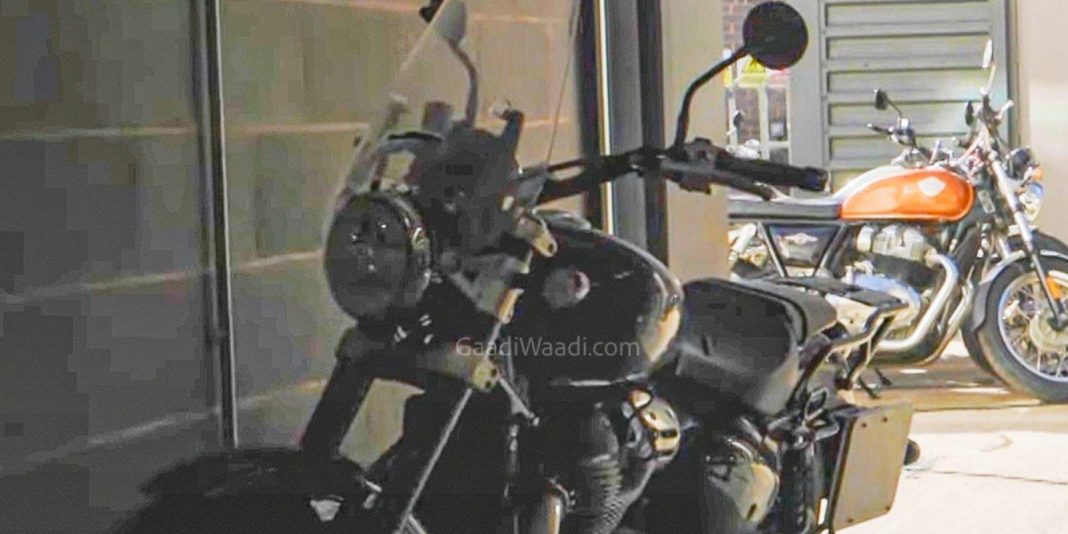 Royal Enfield has been testing a number of new motorcycles on public roads in recent times. A couple of 450 cc liquid-cooled motorcycles – a scrambler and an adventure tourer – and a trio of 650 cc motorcycles have been caught on camera often lately. The homegrown manufacturer recently introduced the Hunter 350 – its second most affordable offering – and it has been well received.

It must be noted that RE is also testing the new generation Bullet 350 and is expected to be launched in the coming months. Before its arrival though, Royal Enfield will more likely host the global premiere of an all-new 650 cc cruiser, which could be dubbed the Super Meteor 650. It could debut alongside the production-spec Shotgun 650 at the upcoming EICMA show in Milan, Italy.

The Chennai-based manufacturer might also unveil the duo or at least the Super Meteor 650 at the Rider Mania event. However, no official confirmation has been made yet. The Super Meteor 650 will sit at the top of the range as the flagship offering and it has several commonalities with the Interceptor 650 and Continental GT 650 motorcycles.

As for the performance, the 648 cc parallel twin-cylinder fuel-injected engine will more likely be utilised and in the 650 Twins, it develops a maximum power output of just above 47 PS and 52 Nm of peak torque. The powertrain is mated to a six-speed transmission with a slipper and assist clutch as a standard fitment.

The Royal Enfield Super Meteor 650 could become the first motorcycle from the brand to be equipped with upside-down front forks while the rear will feature twin-sided shock absorbers. The front and rear disc brakes will be assisted by a dual-channel ABS system and the circular-shaped headlamp and tail lamp will have LED lighting.